"Some anti national forces misguided my parents...My parents also need some time to come to terms with all that has happened." 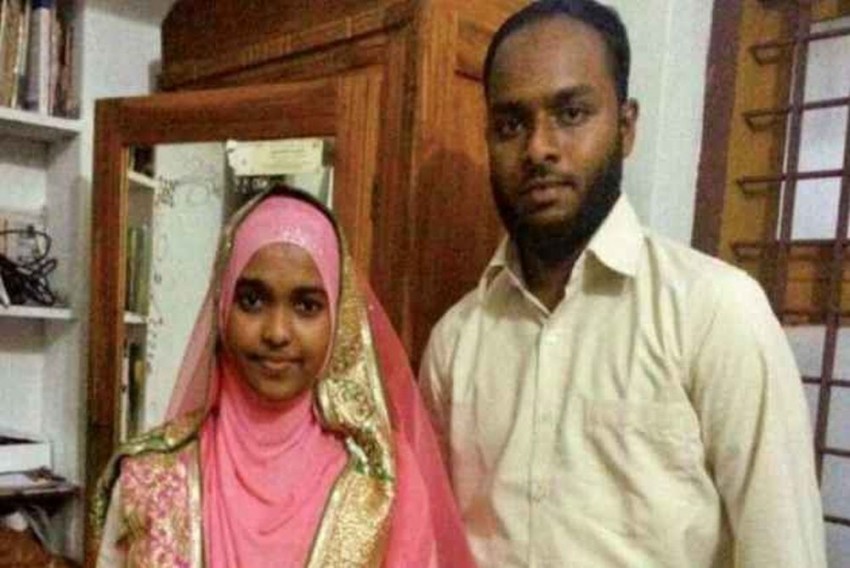 Kerala-based Hadiya, an alleged victim of love jihad, today said she was grateful to the Supreme Court for allowing her to reunite with her husband.

Days after the apex court set aside a Kerala High Court order annulling her marriage with a Muslim man, Hadiya told reporters that the order was one that gave freedom to her to stand by a faith which she believed was right.

No other person in the country should experience the pain and suffering like the one I underwent, Hadiya said.

Flanked by her husband Shafin Jahan, Hadiya said she got freedom and justice from the apex court and thanked all those who stood by her during the legal battle.

"There should be no more controversies over me," she said.

Hadiya said her parents were misguided by 'anti-national forces'.

"My parents are very dear to me. I am very dear to them too. Can't everyone choose their freedom? Some anti national forces misguided my parents. My parents and I have a blood relation. So more than anyone else, I know my parents..My parents also need some time to come to terms with all that has happened. I am not going to meet them this time. They need some time to accept that I am a Muslim," the NDTV quoted her as saying.

The apex court had on March 8 set aside a Kerala High Court order annulling her marriage to Jahan.

Hadiya is pursuing her mandatory house surgeon internship at the Sivaraj Homeopathic Medical College and Research Institute in Tamil Nadu's Salem district for completing her Bachelor in Homoepathy Medicine and Surgery (BHMS) course.

The apex court had in August last year asked the National Investigation Agency to probe the case of conversion and marriage of Hadiya, as the agency claimed a "pattern" was emerging in Kerala.

The matter came to the fore when Jahan had challenged a Kerala High Court order annulling his marriage with her and sending the woman to her parents' custody.

On November 27 last, the supreme court had freed Hadiya from her parents' custody and sent her to college to pursue her studies, even as she had pleaded that she should be allowed to go with her husband.

The high court had in May last year annulled the marriage terming it as an instance of 'love jihad', following which Jahan had approached the apex court.