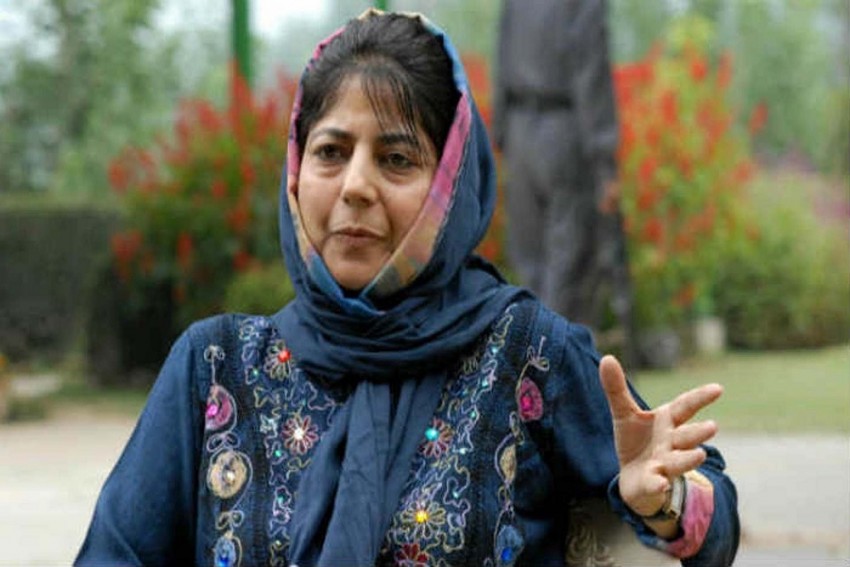 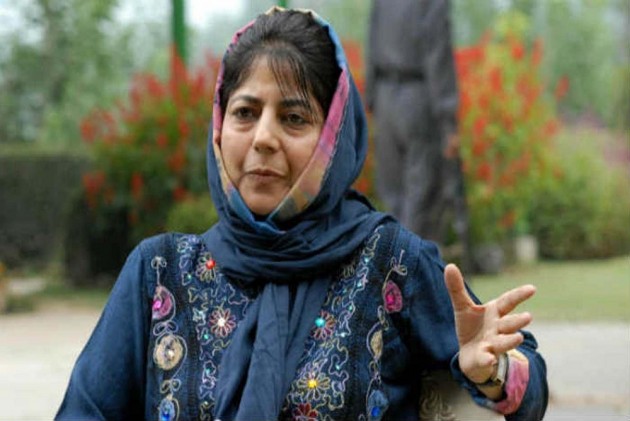 The BJP on Saturday termed as "falsehood" former Jammu and Kashmir chief minister Mehbooba Mufti's reported statement that her MLAs were being "threatened" with NIA raids to leave the party.

"The statement of Mehbooba reflects that she is suffering from frustration and is now banking on lies to gain public sympathy to hide her failures," a spokesman of the BJP said in a statement here.

In an interview to a TV channel, the PDP president said her party MLAs were being "coerced and threatened" to leave the party with NIA raids.

Avoiding a direct reference to the BJP, she accused it of horse-trading, saying several PDP MLAs had told her in person that "tremendous pressure" was being applied on them in order to wean them away from their party.

"I am not saying that New Delhi is doing it but I did talk to some people in New Delhi and told them that a perception is being created through media reports that MLAs can be bought with money or be motivated to leave the PDP for important cabinet portfolios, and if they're rejecting even this, they're being threatened with NIA raids," Mehbooba Mufti told the channel.

The BJP spokesman said Mufti's claims that her party's members are receiving threats from the NIA are "false" as she is not able to set her house in order.

"The statement is nothing but a falsehood as the fact remains that she is not able to set her house in order as there is a mass rebellion in the PDP..," he said

"Blaming New Delhi for breaking her party is a move to reach out to people to do away with all her wrongdoings she did as the head of the state," the spokesman added.

He said if Mufti's claims have some weight or are based on truth, she should not shy away from naming the PDP leaders or members who have been threatened by the NIA.

"Mufti is known for shedding crocodile tears for gaining public support to keep her sinking boat floating. At times, she claims that if New Delhi tries to break the PDP, more people like (JKLF chief) Mohammad Yasin Malik or (Hizbul Mujahideen chief) Syed Salahudin will be born.

"But the fact remains, all these things are mere ploys and political gimmicks to befool people and to toe the separatist line just to tell people that she was not going to compromise, which is far from truth. She is feeling isolated at present," he said.

The spokesman said the BJP leadership has clarified that it is not interested in any horse-trading or formation of government and the party's sole agenda at present is to ensure peace and development in J-K through governor's rule.