The new foreign minister of Japan thinks it is time for his country to less and less US-centric and more and more Asia-centric. For him, Asia means India and China and then other countries. 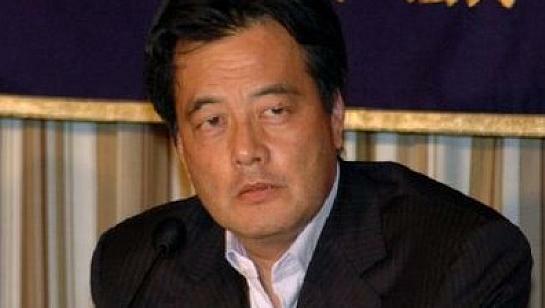 Long before President Barack Obama of the US started speaking of the need for a change in outlook, attitudes and policies, a man in Japan, known as Mr Clean, had been speaking of the need for a change in Japanese outlook, attitudes and policies. In fact, he is reportedly fond of collecting pictures and stone images of frogs and displaying them prominently as curios. It is said that the word in the Japanese language for a frog also means 'change'. He wanted to underline his determination to bring about a change.

His name is Katsuya Okada. He is 56 years old. He took over as the new foreign minister of Japan in the Cabinet of Prime Minister Yukio Hatoyama, which took office in Tokyo on September 16, 2009. Both India and China should have reasons to be gratified by his being appointed as the foreign minister. More than other Japanese leaders, Okada has been saying for some years that it is time for Japan to be less and less US-centric and more and more Asia-centric. For him, Asia means India and China and then other countries.

When he was head of the Democratic Partry of Japan (DPJ) before 2005 and in that capacity led the party to the elections to the lower House of the Diet in 2005, China and India were the flavour of the DPJ's manifesto, drafted under his leadership. It said of India and China:

"The most important element in building a peaceful and prosperous Asia is the rise of China. Depending on China's future course of action, the rise of China can be an opportunity for greater peace and prosperity in Asia, on one hand, or a risk bringing confusion and stagnation, on  the other hand. It will be greatly in Japan's interest if China maintains its sustainable growth; while properly addressing its environmental and energy problems; overcomes social crises to consolidate political stability; and, contributes, as a major power, to the peace and prosperity of Asia, becoming a responsible force in the region. India is expected to be a nucleus of Asian economic development in the 21st century along with Japan, China, South Korea, and ASEAN. It projects a unique charisma not only as an economic, demographic, and cultural/ philosophical giant but also as a huge democracy. Establishing and maintaining a close relationship, including strategic, with this India will be in the national interests of Japan and will expand Japan's diplomatic options."

India "projects a unique charisma not only as an economic, demographic, and cultural/ philosophical giant but also as a huge democracy." These were his words of 2005. The Chinese were also very pleased by what the manifesto of 2005 had to say about Japan's imperial past:

"The Japanese must bear in mind that the offended will not easily forget the pain and humiliation, while the offenders are liable to amnesia. It is absolutely undeniable, as recorded in Prime Minister Murayama's remark of August 15, 1995, that Japan's invasion and occupation brought tremendous loss and pain to our neighbouring countries. After honestly and humbly reflecting on our past conduct, we must work determinedly to build a future-oriented relationship with our Asian neighbours. This will be a common perception within the new Japanese government and the centre pillar of its foreign policy. In this spirit, the new government will open a new national facility to pay tribute to past war victims as well as any future casualties of international lines of duty. It will also work steadily to strengthen joint initiatives with neighbouring countries toward achieving a shared perception of historical issues."

If the DPJ had won the elections in 2005,India and China would have received priority attention in a Cabinet headed by Okada. Unfortunately, it did badly in the elections and Okada resigned from the leadership of the Party. Under Hatoyama, who took over the party leadership in May last, Okada's warm references to India disappeared from the manifesto of 2009. Despite his being the Secretary-General of the Party, Okada was apparently unable to make Hatoyama think of India too while finalising the manifesto. The only reference to India in it was not in the section on foreign policy, but in the section on environment under climate change.

Will Okada, as Foreign Minister, reiterate the importance of Indo-Japanese strategic relationship as part of the new Government's over-all strategic architecture? That is the question to which we in India should be looking for an answer. I have been reading the English language media reports from Tokyo ever since the DPJ won its historic victory in the recent elections. Hatoyama was very active in getting to know the heads of many diplomatic missions in Tokyo. The Heads of missions of the US, Russia, China and South Korea prominently figured in reports on his meetings with the diplomatic corps. I did not find the name of the Head of the Indian mission. One hopes it was an omission by the media and not by Hatoyama. There is, however, one important news, if it is correct. Hatoyama is planning a visit to India in December.

A word of caution about Okada would be in order. He used to believe that in order to stop Pakistani nuclear proliferation activites, attention needed to be paid to solving the Kashmir dispute. He reportedly believed that so long as the Kashmir dispute remained unresolved, Pakistan would continue to add to his nuclear arsenal by hook or by crook.

Okada, who is the son of a supermarket owner, had studied in the Harvard University. He started his political career in the Liberal Democratic Party, which he left in 1993. An often-mentioned negative streak in him is that he has had the reputation of being inflexibly rigid. The DPJ has an absolute majority in the lower House, but not in the upper House where it will have to depend on the smaller Social Democratic Party (SDP) and the People's New Party (PNP), both of which have a strong anti-US agenda. Since in Japan the two Houses have almost equal powers, no policy changes can be implemented without the support of the upper House. Okada may have to make compromises on certain issues. The two smaller parties supporting the coalition may not support a high-profile foreign policy role for Japan. Flexibility in dealing with them might be required. Hatoyama has the reputation of being more flexible and willing to make compromises than Okada.