Even if we want it, we can no longer punish Pakistan with a short, sharp raid.... 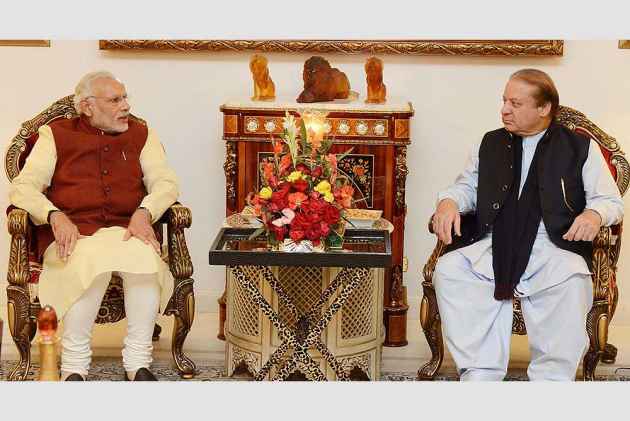 How should Prime Minister Narendra Modi manage his Pakistan policy? Let's look at it without emotion.

Foreign policy usually is the domain of a handful of experts. Neither you nor I really know what the contours are of India's policy with New Zealand, Norway or Nigeria, nor do we care.

This lack of public interest gives those handful of experts and the politicians they report to flexibility and space. If there is a tweak or change needed in the way India deals with such nations, it is easy to bring about.

Sometimes, however, foreign policy comes into the popular domain. It forced itself into the American electoral space through the attacks of September 11. Nations that America had ignored for years needed to be aggressively engaged because of public pressure. The country went to war because the population demanded retribution. Those politicians who may have otherwise counselled caution (like Hillary Clinton) were unable to resist. The fallout of those actions is still with us, and that is a different matter.

On Pakistan, our policy is at the moment in the popular domain. Two things have brought it there. The mischief in India by elements of the Pakistani state and the militias they have worked with for three decades is the first. This is episodic and the public interest in this (as represented by the number of television debates) waxes and wanes.

On the face of it, terror is not that big an issue for India. Leaving aside the conflict areas of Kashmir, the Northeast and the Naxal belt, total terrorism fatalities in 2015 were 13, in 2014 they were 4, in 2013 they were 25 and the year before that 1. These numbers include those killed as terrorists. By any measure, terrorism is not a primary concern for Indians as the data show. Five lakh Indian children die each year of malnutrition, to put the numbers in perspective.

But we must accept that because at least some of it is deliberately exported to us, there will always be more anger associated with such events. Now there is a second aspect that has brought terrorism and our Pakistan policy into the public domain. That is the BJP's and particularly the Prime Minister's insistence that previous governments were soft.

A stronger posture (which the BJP will provide) will put an end to our problems. Can it? The events have shown that the answer is no, and this was predictable. Our options in dealing with Pakistan, or any other nation for that matter, are only three no matter what party rules India: Discussions, arbitration or war.

We can force Pakistan to submit through war, we can ask a third party or court to mediate our dispute or we can talk. There is no fourth option. The BJP convinced itself that not-talking was a kind of policy. It is not. It is merely a show of anger and irritation. It doesn't get us what we want. Saying the 'ball is in Pakistan's court' after the Pathankot attacks doesn’t really address anything.

We need to engage with Pakistan because we need something very specific from them: ensuring that their nationals do not kill our nationals. There are other things we need, for instance access to and from Afghanistan and Iran and Central Asia. But these are secondary.

Of the three options available to us, war is out of question because of our mistake at Pokhran. Before 1998, we had a conventional weapons advantage over Pakistan which we squandered. We forced Nawaz Sharif to weaponise Pakistan's nuclear programme, and allowed them to advertise their deterrence at Chagai. Even if we want to, we can no longer punish Pakistan with a short, sharp raid.

Those who say limited strikes are an option cannot guarantee that there will be no escalation. And it will take a particularly unhinged leader who will gamble with our lives to secure a little military prestige.

Mediation by third parties India is against and so that leaves only one option: to talk. We have to talk even when there are clear violations, as happened in Mumbai and Pathankot. We have to talk because it is in our interest. Not talking does not stop terrorism. Talking to them has many advantages including lessening the mindless artillery exchanges we engage in all the time, costing civilian lives.

In our media and general population the idea of 'strong posture' was successfully sold by Modi. This is now a liability for him, as he has discovered. If he clearly frames the problem and explains our options to the public directly, he will be able to reverse the prevailing opinion that we have a fourth option when it comes to dealing with Pakistan. He retains immense credibility among Indians. He will have no problem successfully selling the reversal.