‘Michelle Obama Is My Personal Favourite, I Am Inspired By Her’: Fashion Designer Bibhu Mohapatra

‘Unique Vocabulary Of Expressing Yourself Defines You’, Says Mohapatra. 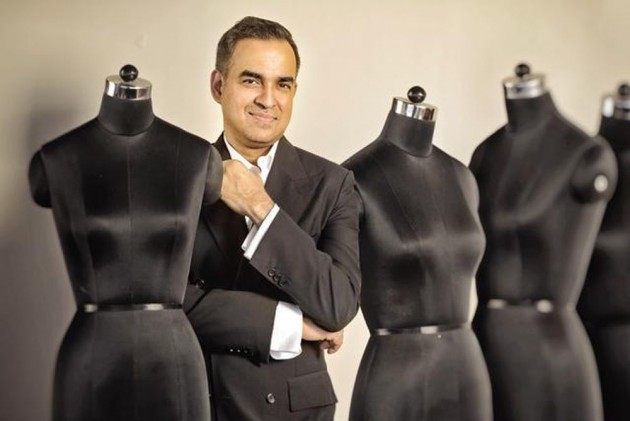 5. How popular are Indian weaves in New York and other parts of the world?

They are very well known but they are not easily accessible. If we can make them accessible and establish a proper supply channel, the sky will be the limit.

6. Is there a demand for Odisha products in foreign countries?

Definitely. There is a demand for Odisha textiles and handloom in foreign countries. There are many countries who have taken Odia crafts and doing Ikat all over and marketing it. For us, not to use Odisha Ikat and put it in the global market is a sin. It’s a 100-year-old heritage. Odia’s sensibility to utilise patterns and colours are the key to nurturing them.

7. Your ways of transforming a traditional Indian weave into an evening wear.

Traditional Odisha weave is one of the most intricate and uniquely luxurious techniques around. That alone lends it to be very dressy and special. Bibhu Mohapatra to showcase at Make in Odisha Conclave 2018.

8. Tell us about the Make in Odisha Conclave, which has brought you home.... Do you think it was a watershed moment in Odisha’s industrialization journey?

It is Odisha’s time to shine and conquer. I was present at the opening night of the Odisha Conclave 2018. I was moved to tears by the excitement and energy of the programme and the message that was sent, along with our CM, Mr Naveen Patnaik’s words. It is a major watershed moment, not only for Odisha’s Industry sector but also for its creative economy potential and promise.

9. Do you think you were able to make it big globally because you stayed back in New York? Would it be a lot more difficult for a designer based in India to reach that level?

I would say that a lot of Indian designers are making waves, but of course, if you are in New York you have access to people you want to be associated with. That is one thing that works in favour of designers working out in New York. But India is catching up very fast; there are some incredible designers who are doing their own thing.

10. You have dressed some of the world’s most influential women. Any favourites?

My personal favourite is Michelle Obama for sure because I am inspired by her, who she is and who she stands for. If we talk about red carpet, I recently dressed Viola Davis and she wore a white embroidered dress and looked stunning! It was a double excitement for me because she is beautiful and she is a brilliant actor. I am inspired by her work. So when this happened, I was over the moon.