Sexual exploitation is rampant in the fashion world, say Indian male models admitting that in many cases people "compromise". 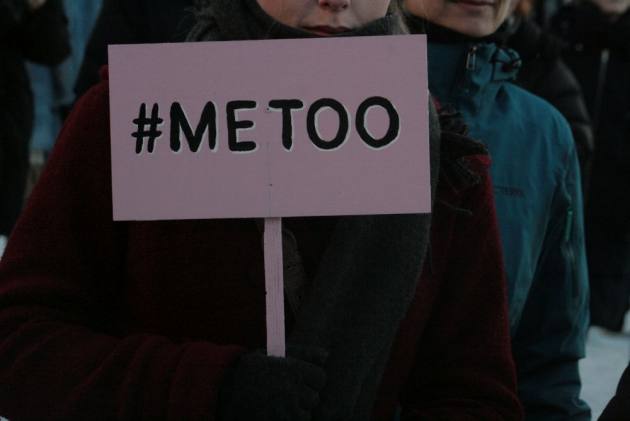 Madhur Bhandarkar's "Fashion" showed the dark side of the fashion industry, an aspect of it highlighting the exchange of sexual favours for work.

Sexual exploitation is rampant in the fashion world, say Indian male models, admitting that in many cases people "compromise" to get work as emerging models seek "instant success".

Soni Razdan: Women Shouldn’t Be Judged On Stories Based On #MeToo Movement

Kabir Duhan Singh, now a popular actor in the southern film industry and who is soon going to make his Bollywood debut, said that nobody can touch anyone without permission.

He said that during his time, he did not get work for almost a year because he was not open to socialise with designers at their houses.

"I think it is on us how we present ourselves in front of others. I used to see models getting drunk with designers and dancing with them with their hands going everywhere. So, if you are giving them such liberty, they will take advantage of it, and the same goes for Bollywood," Kabir told IANS over phone from Mauritius.

He said that one has to create a boundary. "The current crop in the modelling industry is very open and they want to achieve success in a short period," he added.

Born and brought up in Faridabad, Kabir moved to Mumbai in 2011 and took up modelling as a career. His acting career started with Telugu film "Jil", which won him positive reviews.

He said that focussing on work and having faith in your talent would give you work. "Be professional. Don't give them (designers) liberty. I think models are pressurised and they get scared that saying 'no' will take away work," he said.

Amit Ranjan, another established name in the industry, now has a production house by the name of A.R. Productions that organises fashion events. He said that he always knew about how the fashion industry works even before he entered it in 2007.

"I think in the fashion industry, male models are exploited a lot because they get less money compared to female models. They are moulded by designers who groom them. They function on the concept of 'I will take care of you, if you take care of me'. That's why nobody takes anyone's name because it is mutual," Ranjan said.

"There are many leading designers," he said, "who get messages from boys who are ready to do everything. So obviously, the other person will take advantage of that. These boys seek instant success so I won't blame one party," Ranjan said, adding that he wanted to tell the boys that they should believe in themselves, be honest and follow their dreams.

He also said that such models should not use the raging #MeToo movement for publicity.

She said that it has been going on and has been accepted also because people think 'Yeh toh hota rehta hai, why make a big deal about it?'.

"I think the way this movement (#MeToo) has come forward, I really applaud all the people who have come forward so that at least when next time somebody thinks of doing it, he or she will think ten times and that's a very big change. It takes a lot of courage to talk about it." Bajaj said.

Model Bharat Sharma said that no Fashion institute or fashion pageant teaches a budding person, be it male or female, about how to deal with situation where sexual favours are demanded by big names or celebrities. "Male models come in the bottom of the food chain of client-designer-choreographer-backstage crew-makeup artists and stylists -- with one exception: If you are some designer's boyfriend then you are special," he said.

According to Sharma, for a male fashion model, career-building becomes more and more difficult once he says NO. A straight male model is treated like a liability in fashion circuit. Fashion industry is very small where people know each other's way of working and preferences. He said some genuine people who work fairly and know how to give respect helped him survive in the industry.

Designer Samant Chauhan said that models should always carefully chose whom they are contacting and where they are going for casting. If they go through an agency, they should know what kind of people they are meeting.

"I get many calls that they (models) want to meet me. I tell them to send pictures. Maybe I can keep or I can connect them to people whom I know. There is no requirement to come and meet. I simply ignore when someone wants to meet to handover the portfolio. So it's not that only designers are taking advantage," Chauhan said.

The whole idea of the #MeToo movement is to encourage people to talk about it, he said.

Model Karan Sharma, who started his modelling career with a fashion gala in 2010 in Delhi, said that the city is the hub of sexual exploitation "because most of the designers think they are Gods."

"(The models feel), it's a big shame for them if they don't get work. I want to say that you don't need to go to designers or party with them. If you are good, you will get work. I was very sure that I have to do this and I have to do it the right way," Karan said.

On his career front, he has recently wrapped up a web series called "The Reunion", and is also working on a Broadway theatre debut "The Mahabharat", directed by Puneet Issar.

Inder Bajwa, an established model who has now moved to his hometown in Punjab and is working with sportspersons, said that every industry works on the same lines, and everyone suffers. "Some fight against it and some mould themselves, accordingly. Nobody can escape. I would say be patient and go slow."