Home  »  Website  »  National  » Opinion  »  Mega Dams Are A Trend That The World Stopped Following Long Ago, But Why Hasn't India Yet?

Mega Dams Are A Trend That The World Stopped Following Long Ago, But Why Hasn't India Yet?

Besides a litany of environmental problems, large dams have displaced nearly 30 million people in India and the rehabilitation of the displaced population has been extremely limited and unsuccessful. 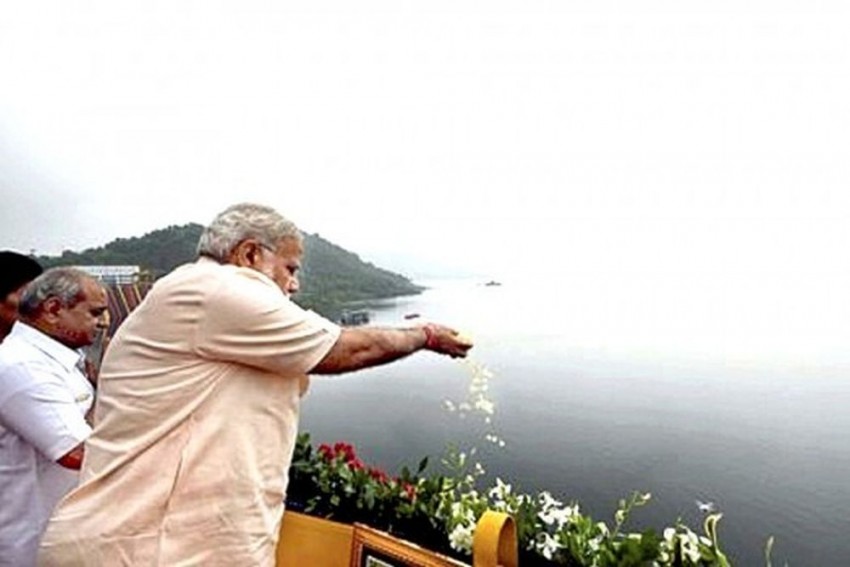 File Photo
Ashok Swain September 20, 2017 00:00 IST Mega Dams Are A Trend That The World Stopped Following Long Ago, But Why Hasn't India Yet? 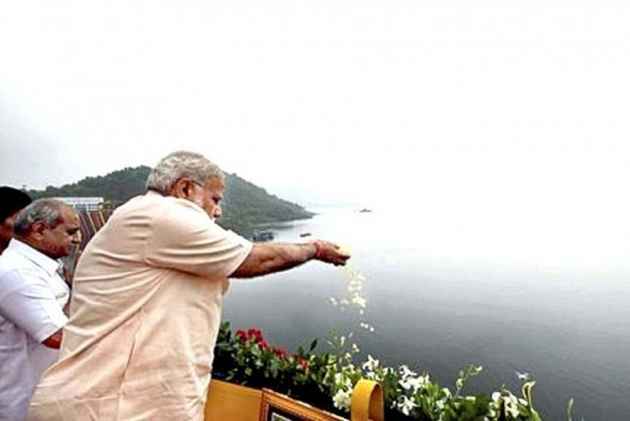 On  September 17, 2014, Prime Minister Narendra Modi inaugurated the Sardar Sarovar Dam on the Narmada river in his home state Gujarat. While inaugurating, Modi chose to ignore protests by displaced people in Madhya Pradesh who have not been provided habitable resettlement in spite of Supreme Court’s specific order on 8 February 2017 to this effect. Almost mocking at thousands who were carrying out a 'Jal Satyagraha' (a protest sitting barefoot in water), Modi in his address even boasted: "You know me, I can't do small things. I don't think small, don't do small things. With 1.25 billion people with me, I can't dream small."

Modi forgot the history that these mega dams are not new for the country. Immediately after independence, India faced the food scarcity due to division of the country and subsequent huge population displacement. In the First Five Year Plan (1951–1955), ‘young’ India emphasized the increasing of agricultural production, and 29 per cent of the total budget was allocated to irrigation. This prompted Prime Minister Jawaharlal Nehru to give priority in building mega dam projects.

The massive dam projects taken up in the immediate post–independence period were the Bhakra Nangal Project on the Sutlej River in the North, Damodar River Valley Project and Hirakud Dam on the Mahanadi in the east and the Nagarjunasagar Project on the Krishna in the south. These projects, even today, continue to be some of the largest and highest in the world. Nehru proclaimed these big dams as the temples of modern India.

However, any huge monument of yester years had left behind a large section of the people who paid the price for its construction without getting any benefits. The atmosphere of the early post–independence period was one of intense excitement and pride in the valor of the vision. Implementation of large development projects was carried out on a notion of the ‘national interest’, so that every local and individual interest were morally compelled to make sacrifices.

To build the nation, communities made way for construction of a series of mega dams in post–independence India. The few voices of dissent were too weak to be seriously considered. Even a democrat like Nehru had dismissed the valid criticism posed by the Socialist leader Ram Manohar Lohia against large dams and river–valley schemes.

Besides a litany of environmental problems, large dams have displaced nearly 30 million people in India and the rehabilitation of the displaced population has been extremely limited and unsuccessful. In most cases, cash compensation was paid and it became subjected to corruption and exploitation. When the land was given, it was often inferior and unproductive. The landless people received nothing for their displacement. Hence, the very people whose wealth and welfare the projects were supposed to enhance, have ended up worse off economically and demoralized socially.

From 1980s, a new trend emerged in India. The opposition to the dam projects steadily increased, particularly after successful scraping of the proposed Silent Valley Dam in Kerala.  People in all parts of the country, who were being adversely affected by the mega dams, successfully organized to oppose these projects. Besides population displacement, issues like deforestation, water logging, down–stream water shortages, siltation and salinization became key issues in the agendas of these protests.

Since 1990s, the Indian political system started to become more competitive and more inclusive. The political authority learned to tolerate these protests and became responsive to their demands. Most of the mega dam proposals were shelved or delayed. Protests against dams were taken seriously and resettlement of the displaced people improved considerably under 10 years of UPA period, while Sonia Gandhi led National Advisory Council (NAC) mostly represented by civil society activists guided Manmohan Singh Government on key policy making issues.

UPA Government had provided scope for the civil society activists to be part of the policy making process and had played significant role in drafting almost all the right based legislation. The relationship of these activists with UPA regime was more of a ‘working with’ while with the present NDA regime it is ‘working against’. Unlike UPA period, the protests against dams and other big projects are being seen by the present regime as having a detrimental effect on India’s economic development and authorities are branding protestors as traitors and troublemakers. Modi regime has made it difficult for rights group activists to raise their voices in India. As it can be seen from the arrogance in Sardar Sarovar Dam inauguration, the era of consultation and consent has come to an end.

Sardar Sarovar Dam is not a new project. It was first designed in the 1950s as part of Jawaharlal Nehru’s vision to harness the Narmada River in western India by building series of dams and canal in its basin. The foundation stone was laid by Nehru in 1961, but due to litigation on issues regarding population displacement, the construction of the dam only started in 1980.  The Sardar Sarovar Dam threatened to displace more than 40000 families. Continuous opposition from the affected people contributed to slow progress of the dam construction.

In spite of repeated demands by the Gujarat government, UPA government being responsive to affected people’s demand had kept the height of the dam to 121.92 meters, almost 17 meters less than the planned to reduce the submerged area, particularly in Madhya Pradesh. However, after Modi came to power, ignoring the protests the dam was allowed to go up to 138.68 meters high, which not only increased the storage capacity from 1.27 million cubic meters to 4.73 million cubic meters, but has also submerged much larger area. Without rehabilitating thousands of affected people, government decided to fill the reservoir for Modi to inaugurate the dam on his birthday.

Mega dams are not anymore in fashion in most part of the world. Popular protests have now made it almost impossible to build these dams in democratic countries. North America and Europe have stopped building these dams for decades. Even China and Turkey have stopped building large dams in their heartland. India, which built many mega dams immediately after independence, had followed the global trend in the last two decades, but Modi’s decision in spite of massive protests to go ahead with Sardar Sarovar Dam has put India’s protests against dams at a crossroads. The revival of river-linking scheme by Modi government in last weeks also adds further to this apprehension.

Since 1990s, protest movements in India against large projects in general and against big dams in particular had achieved remarkable victories on many fronts. Though, there is now in the country a greater acceptance and understanding of adverse effects of the big dams at the societal level, but on the other hand, the present government ignores political consensus and peoples’ participation and tends to use coercive practices to implement these projects. The Modi Government might force through in building one or two mega dam projects like the Sardar Sarovar Dam ignoring the protest from the affected people in the short run. But, the on-going social and political churning in the country and the global trend suggest that the people those who are opposing dams will soon mobilize themselves forcefully to invigorate their movements to lunch powerful and successful opposition against the Modi government in pursuing its agenda.

UP Farmer Who Got One Paisa Waiver Will Get Rs.1 Lakh After Linking Account With Aadhaar: DM