Ole Gunnar Solskjaer faced more questions over his future this week but United were rarely troubled by City in a dreadful Manchester derby. 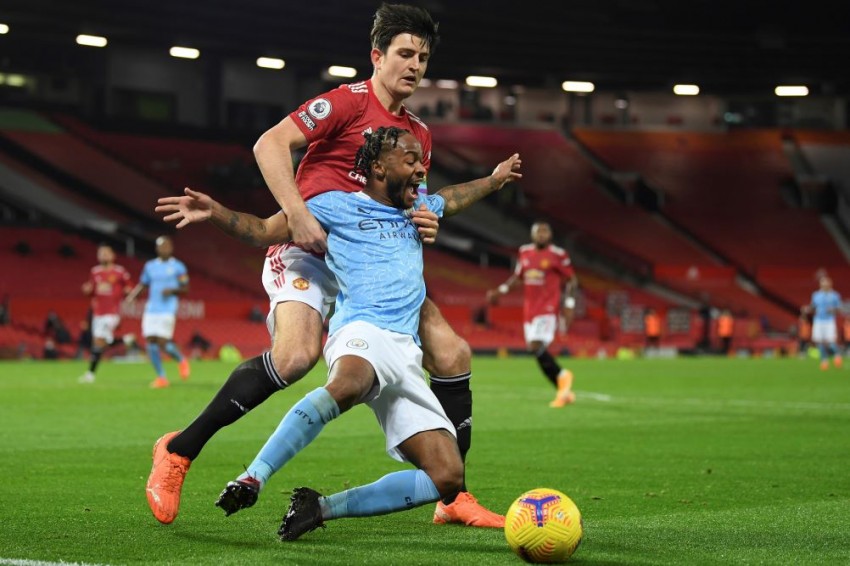 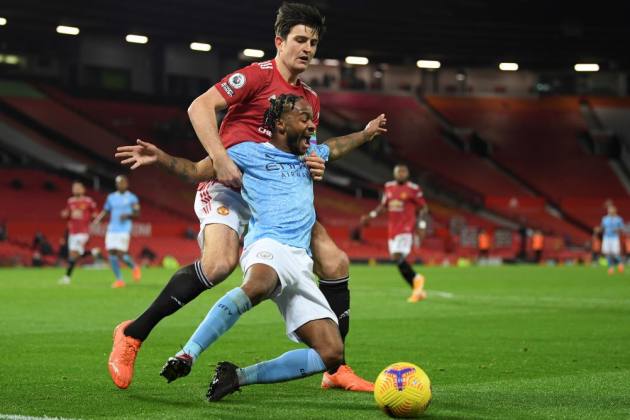 Whatever the United Way is - and it becomes an increasingly nebulous concept the further we get from Alex Ferguson's departure - Sunday's Manchester derby was not it.  (More Football News)

For all that he likes to stoke that mythology, Ole Gunnar Solskjaer will not, and should not, make any apologies.

This United team and their manager's time in charge is a bizarre thing to observe and judge. Solskjaer supporters in the boardroom and his detractors and apologists beyond will take supporting arguments for their position from the sludgy 0-0 draw against Manchester City.

When this United are bad, they really are terrible. Last weekend's match at West Ham was a case in point.

Individual brilliance bailing the team out? Yes, but shouldn't a coach also be credited for freeing those stars to shine?

Not for the first time this season, United were not particularly watchable at home against City. However, they were rarely over-matched in a dour contest and looked the most dangerous side for periods. A reason for that was their neighbour's torpid approach, although Solskjaer can certainly take measure of credit for that.

3 - Manchester United have failed to score in three home league games this season, one more than in the whole of the 2019-20 campaign at Old Trafford. Nightmare. pic.twitter.com/RfJbgJa5a3

Pep fails to get the better of Ole again

Despite the prevailing feel of the first behind-closed-doors Manchester derby, big games do not exist in a vacuum. If a City side featuring Rodri and Fernandinho in defensive midfield left Kevin De Bruyne too often ploughing a lone creative furrow, the logic behind it came from three bloodied noses in four crosstown encounters last season.

In the other of those matches, when City won decisively in the first leg of the EFL Cup semi-final, United were humiliated on their own patch. More of the same after crashing out of the Champions League at RB Leipzig in midweek, and questions over Solskjaer's suitability for one of the most coveted jobs in world football would have ramped up again.

But the bare facts are United came into this game above their rivals in the table, a team they have not finished in front of for seven years, and they remain there.

Seventh and eighth feel about right for these teams at the moment and, of course, things could be better. Paul Pogba was quiet and workmanlike in the way his motormouth agent generally isn't. Next month, those troubles will surely rear their heads again.

As Mauricio Pochettino keeps his career in cold storage, it is easy to wonder if a more seasoned coach would do any better. Probably. But Louis van Gaal and Jose Mourinho absolutely didn't.

Solskjaer will soldier on, for better or for worse, and still with the head-to-head edge over his opposite number in the city.

Transition or downturn for listless City?

For Pep Guardiola, speculation over his future is not part of the daily discourse. Certainly not since his surprise decision to pen a contract extension until June 2023 last month.

It's now six clean sheets in succession for City, whose back four featured another regal performance from the resurgent John Stones. But seeing a Guardiola team carry such an uncharacteristic lack of attacking threat - they managed one shot on target in each half at Old Trafford - suggests this newfound solidity has come at too great a price.

For all their considerable qualities, Riyad Mahrez, Gabriel Jesus and Raheem Sterling collectively lack the opportunistic streak a forward line feeding from such scraps needs. The only time Guardiola overly showed his hand all day was declaring before kick-off on national television that Sergio Aguero had gastroenteritis. How City missed his cutting edge.

On the other hand, he probably would have remained alongside the bafflingly underused talents of Phil Foden, Bernardo Silva and Ilkay Gundogan among the unused substitutes. David Silva and Leroy Sane are considerable losses, but City should never be this underwhelming with the quality they possess.

Guardiola's new deal commits him to building another title-winning side at City and much of this performance looked like a team in transition. But there is also a mounting problem of the present.

Last season, City lost away from home to Liverpool, Chelsea, United and Tottenham. From games against Leicester City, Liverpool, Spurs and United this time around, they have two points. The malaise that has afflicted City on big Champions League nights now looks to have spread to most games against high-level opponents.

The United Way today is little more than a romantic reminiscence of "Fergie Time" and "Attack! Attack! Attack". The Guardiola Way is something fresh in the memory that cut a swathe through English football. With the same man still at the controls, it is alarming how far City have fallen from those heights.