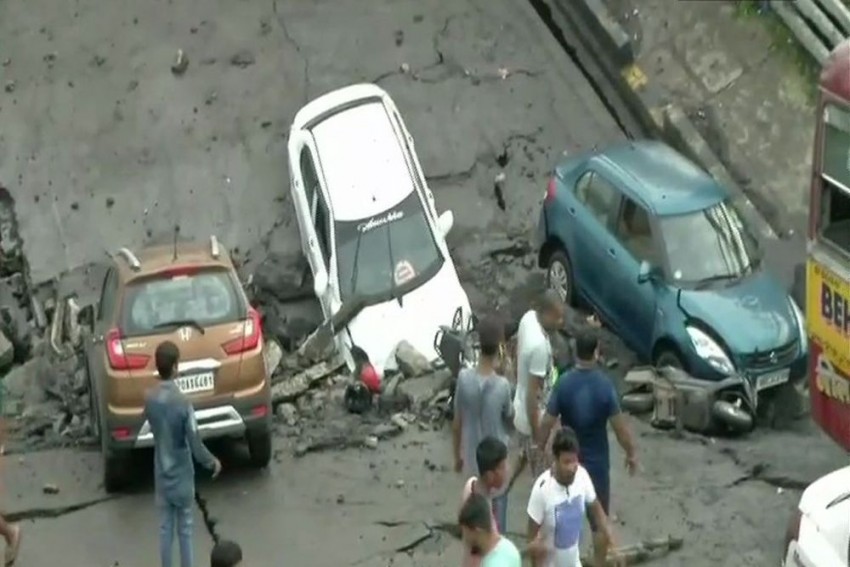 The complete and utter lack of accountability – which is the cause behind why Calcutta’s bridges keep falling.
Image Credit: Twitter/ANI
Dola Mitra September 04, 2018 00:00 IST Majerhat Flyover Collapse: Why Kolkata Bridges Keep Falling 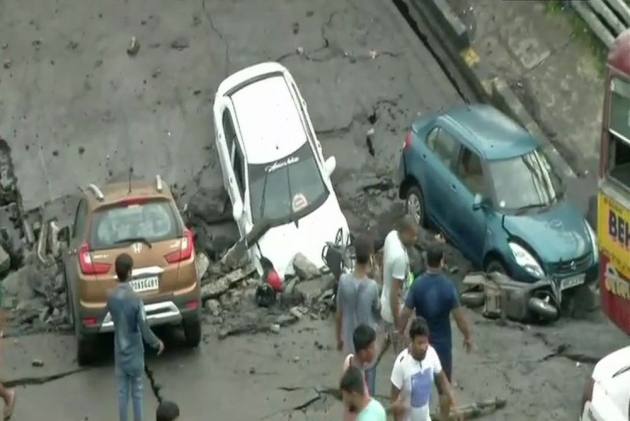 If people don’t want to get late for an appointment, one bridge that people of Kolkata try to avoid is the Majerhat Bridge, because it is always congested.

So when after weeks of continuous rains, the middle section of the bridge suddenly caved in earlier Tuesday afternoon, it was feared several people could have been injured, died or trapped inside the debris of twisted, mangled metal and concrete.

The administration has quickly issued statements about how it is devastated by the news and is concerned about the enormity of the tragedy. West Bengal Chief Minister Mamata Banerjee, who is Darjeeling, said “We are very worried. We are receiving information from the rescue team on the ground.” She also expressed her desperation to rush back to Kolkata at the earliest.  “We want to go back as soon as possible. And her helplessness, “There are no flights in the evening. We are unable to do so.” She has pointed out that the rescue operations have swung into action. “Our team is focused on relief and rescue work. Our priority is relief and rescue.”

It is the next part of the CM’s statement which raises questions. She reassured that “the rest of the investigations will be done later.” So again, another bridge-collapse has willy-nilly gone into the arena of “being investigated.”

And it raises questions. But why does this keep happening in West Bengal and Kolkata? Why do parts of flyovers fall over unsuspecting pedestrians destroying lives? The collapse of an under-construction bridge near Girish Park in 2016, which killed at least 25 people, had sent shock waves down the spines of the city’s commuters. It is still so vivid in public memory that Kolkata’s daily commuters are wary about travelling on bridges and flyovers or driving under these.

“I literally hold my breath each time I have to cross a bridge and try to avoid them for the most part,” said one driver.

But two years later, there is no accountability. Police point to the differences in the jurisdiction. The “investigations” are stuck in red tape as political parties debate on responsibility. “The issue became about whether the bridge – which was under construction – was the jurisdiction of the state or central government,” said a Calcutta official on condition of anonymity.

There were allegations of corruption (money being stolen from the funds of the bridge maintenance so that adequate safety measures could not be put in place), of negligence (engineers who were given tenders were not qualified for the job of constructing a bridge of a certain standard). And a host of other “reasons”.

It is perhaps this – the complete and utter lack of accountability – which is the cause behind why Kolkata’s bridges keep falling.