In Arwani, there are many people who work either as constables or officers in the state police. The abductions of their relatives have taken them by a surprise. 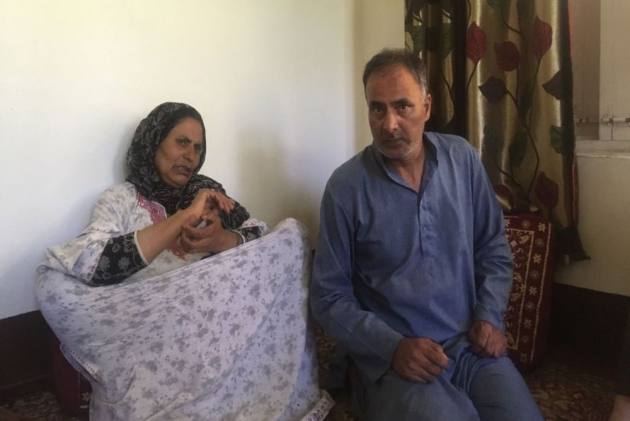 At Khanpora Nowpora village, people are visiting the one-storey house of Bashir Ahmad Makroo, a teacher, to console him. His only son, 19-year-old Raja Faizan Makroo a BCA student in Degree College Anantnag, was kidnapped by militants on Thursday night. Faizan’s one of the uncles, Mushtaq Ahmad Makroo, works as a constable in the Jammu and Kashmir Police.

Aashia Bano, 57, the mother of Faizan, said she was watching news when she heard a knock at the door around 8:10 pm. Faizan went to open it, while his father followed him.

They were shocked to see two gunmen, one of them was wearing a mask. “I also went out. They were inquiring about Mushtaq Ahmad Makroo. I told them he lives in another side of the village,” she said.

She added that the gunmen insisted Faizan to accompany them to his uncle’s home. “I told them I will accompany them but they didn’t listen me and took my son along. We thought he will return soon,” she said.

Later, the family learnt that Faizan is among the 11 family members of policemen who were kidnapped by militants.

“Whosoever has taken our son, I request them to release him. He is our only child. My daughter died in 2007,” pleaded the mother. 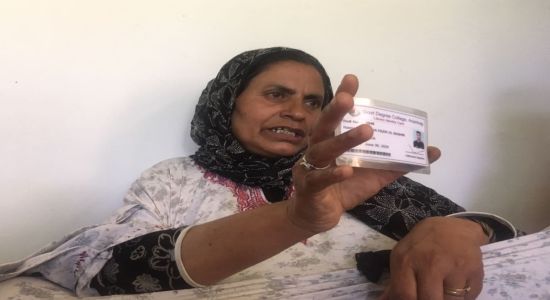 (Aashia Bano, the mother of Faizan who was kidnapped by gunmen on Thursday night. Outlook Photo)

With every passing hour, the parents are becoming anxious about the safety of their child.

“He is innocent. He has not done anything. His uncle is in the police, why did they take away our son?” asked the emotional mother.

Like the Makroo family, the family of Zubair Ahmad Bhat in Arwani is also in shock.

Around 7:50 pm on Thursday evening, two gunmen appeared in front of their house and wanted to kidnap Zubair’s younger brother, Ashfaq Ahmad, who is in the J&K Police. According to the family, Zubair didn’t allow the gunmen to kidnap his brother and asked them take him along, instead.

Zubair, 27, has completed his M.Phil in English literature and is presently posted as a contractual lecturer at the Higher Secondary School.

His family said he has also been enrolled for the Ph.D.

In Arwani, there are many people who are in the state police working either as constables or officers. The abductions of their relatives have taken them by a surprise.

Of Zubair’s five brothers, two are working as constables in Jammu and Kashmir who would visit their home regularly like thousands of other policemen and stay with their family, but had never faced such a problem before.

“We have done nothing, I request the kidnappers who release our brother,” said Mohmmad Tufail, Zubair’s another brother.

Meanwhile, the militants have set three relatives of policemen free in South Kashmir's Shopian district after the police released militant commander Riyaz Ahmad Naikoo's father. The police had taken him into custody on Wednesday. Locals in Shopian villages allege that the security forces set houses of two active militants on fire on Wednesday night  following an attack on the police earlier in the day.

Former chief minister Mehbooba Mufti hoped that good sense will prevail and all abducted relatives would be released. Mehbooba described the militants and forces "victimising each other’s families is highly condemnable" and said it marks a new low in our situation.

"Families shouldn’t become casualties and made to suffer for something they have little control over."