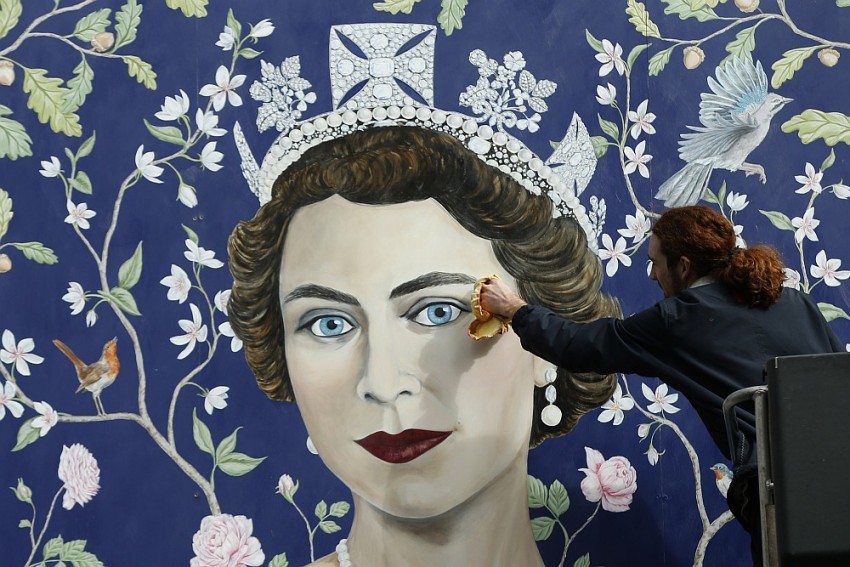 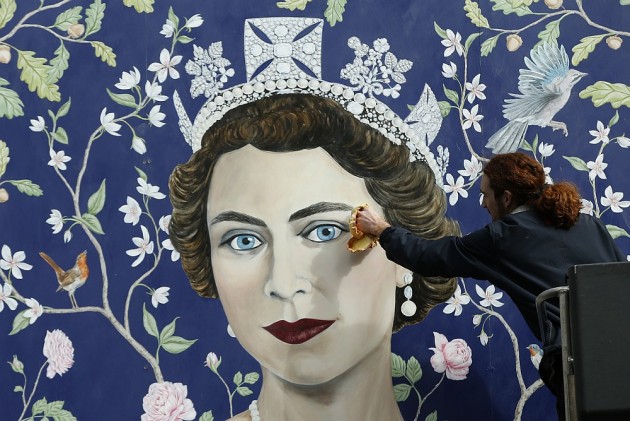 
Now that WillKat have returned from their much-photographed India tour, Britain is readying for another royal extravaganza when Britain's longest reigning monarch Queen Elizabeth II turns 90 this week, on April 21. However, the celebrations will be muted with the real party taking place on a Saturday in June. Traditionally, official celebrations to mark a sovereign's birthday are held on a day other than their actual birthday —especially if their actual birthday doesn't fall in summer. Events are planned from April 21 through to June but royalists were getting ready to queue up in Windsor, where, the Queen, accompanied by the Duke of Edinburgh will go walkabout from the Henry VIII Gate of Windsor Castle on her birthday. In the evening the couple will light a beacon which will set off 900 other beacons being lit across the world to commemorate her birthday. Her birthday cake is being made by Great British Bake Off winner Nadia Hussain.

The celebrations will culminate in June with the Trooping of the Colour, a birthday parade involving red-jacketed soldiers marching down towards Horse Guards Parade in London accompanied by music. The ceremony will be watched by the Royal family and the Queen will also inspect 1,100 soldiers of the Household Division. They will then return to Buckingham Palace to watch an RAF flypast. Get ready to watch Britain's love for the Queen and lots of royal grandeur!

The Gloves are off

Spring temperatures may be hovering around 15 degrees but political temperatures are reaching a new high. With the London mayoral election due on May 5, the campaign has triggered off an unseemly feud between Tory candidate Zac Goldsmith and Labour candidate Sadiq Khan. Khan has been accused of sharing a platform with controversial figures like Dr Tamimi and Dr Qaradawi, and choosing to defend one of the 9/11 terrorists in his capacity as a human rights lawyer. Khan, in return, has accused Goldsmith of making racist capital out of his Muslim faith. Goldsmith also has a Khan connection—his sister Jemima was married to former Pakistan cricket captain, Imran Khan.

While Sadiq Khan is ahead in the polls, Goldsmith has been eyeing the Indian electorate, aware that swing boroughs such as Ealing and Harrow could play a crucial role in the election. Unsurprisingly, he has been accused of exploiting ethnic feelings. Goldsmith has been distributing leaflets to the Gujarati community from David Cameron, laying emphasis on business and protecting family jewelry (many burglaries happen in Indian homes because of their reputation of being collectors of the yellow metal). There is also a reminder to voters that Prime Minister David Cameron and he met Indian PM Narendra Modi. Some leaflets focus on protecting the Golden Temple in literature for the Sikhs.

The criticism expressed by Khan's supporters is that the Tory candidate is trying to point out that Khan is a British Muslim of Pakistani background, and is highlighting the fact that Khan did not attend the Modi visit. Adding further fire to an already racially charged atmosphere is Jemima. Not only have Jemima's efforts to support Zac's campaign backfired because she has been tweeting on his behalf using the twitter name @Jemima Khan, so followers have wrongly assumed she is backing Sadiq Khan, there are reports that Imran Khan, former husband of Jemima is in town to lend his support to Zac which has sent Pakistan's media into a spin for not supporting fellow Pakistani (Sadiq).

As for Sadiq Khan, known as a die-hard supporter of Labour leader Jeremyn Corbyn, he is accused of using London as a laboratory to test out Corbyn's socialist policies. Khan has retorted that he is not in the pocket of Corbyn. At the moment Khan leads Goldsmith by 35 percent to 27 percent on first-preference votes, according to an online survey. And for Labour which was routed in the 2015 general elections, the London mayoral election offers the party a huge opportunity among a series of regional and local elections taking place across the country. While Khan is ahead in traditionally Labour-supporting inner London, Goldsmith leads in the predominantly middle-class outer suburbs that were crucial in Boris Johnson's victories in 2008 and 2012.

Londoners will soon be suffering from voter fatigue. Soon after we elect the mayor, we will have to get ready for the EU Referendum where the 'Brexits' who support breaking from the EU are pitted against the "Bremains". While Boris Johnson is on his 'Brexit Blitz' visit of the north, Cameron is getting ready to welcome US President Barack Obama later this week. Obama's visit is crucial for the 'Bremain' lobby because of his controversial intervention in the campaign. The Treasury is primed to publish a barrage of statistics, as the in/out battle has started in earnest. Obama is expected to present his argument in favour of Britain remaining in the EU during a press conference at Downing Street. He will also address a 'town hall event' with young voters, where it is believed, he will emphasize the benefits to the global order of a strong EU with Britain at its heart.

The Brits are not happy about a foreign leader trying to interfere in the country's internal issues. And news of Obama's appearance has already caused outrage and the Treasury's intervention is likely to cause fresh complaints from the Brexit supporters. The London mayor has already attacked Cameron for "shamefully" spending £9.3m of taxpayers' cash on a pro-EU leaflet distributed to every household in the country. While Cameron's economy argument is in direct clash with Johnson's sovereignty pitch, the Brexit campaign has received another boost with Ian Botham's backing. And voters are increasingly being won over by the arguments for leaving the EU. It appears the public is increasingly receptive to the ideas that Brexit would reduce the risk of terrorism, support the NHS, and cut immigration. In political time, June 23 is a long way off and there could well be many a slip between the cup and the lip.

Former Newsnight host Jeremy Paxman has created quite a furore with his comment that French is a 'useless' language and English is 'the language of science, technology, travel, entertainment and sport' and the 'only language that you must have'. Paxman wrote in the Financial Times: 'It is time to realise that in many parts of the world, being expected to learn French is positively bad for you', adding, 'If you were to emerge from school unable to add up, you would, rightly, be furious. Yet it is possible to finish schooling all over the world fluent in French but ignorant of the skill absolutely necessary to get by in the global economy: English.'

Such comments added fire to the traditional British-French face-off. Critics of the broadcaster were more forthright on Twitter, using a range of Anglo-Saxon expletives to express their thoughts about the journalist. French is spoken by more than 200 million people around the world. "Paxman au merde! [To hell with Paxman]”" wrote one Twitter user. Robert Lane Greene, the Economist's culture editor, wrote: "J'accuse! French is easily the world's second truly global language." Another tweet pointed out: "Funny how Jeremy Paxman 'forgets' to mention that French is one of the two official languages at the EU Parliament."

Why India Is Courting Russia & China At The Same Time