Former world number one Kidambi Srikanth failed at the last hurdle and settled for silver medal at the 2021 BWF World Championships on Sunday. After becoming the first-ever Indian to make the men's singles final at the Worlds, the 28-year-old took a good lead in the first game against Loh Kean Yew of Singapore at Carolina Marin Stadium in Huelva, Spain. But he failed to keep the momentum and conceded the topsy-turvy first game 15-21. He however mounted a serious fight back in the second game and was leading 18-16, then the 24-year-old Singaporean stole the show with a sensational final push, with the championship-winning point coming from a push that landed just inside the baseline even as Srikanth watched the shuttle fly past him. Loh, who started the campaign with a stunning win over Olympic champion and hot-favourite Viktor Axelsen of Denmark, thus claimed the gold in his first attempt. He's the first Singaporean to win a Worlds medal. For India, Srikanth and Lakshya sen added a silver and a bronze to their tally, making 12. Catch highlights of the Kidambi Srikanth vs Loh Kean Yew final match here:

Here's the list of all the winners and medallists:

Third match point for Loh Kean Yew. And he takes the crown. A well-measured push to seal it as Srikanth watches the shuttle takes the flight and land where it should not. It takes 43 minutes for the Singaporean to dismantle the former world number one from India.

Heartbreak it is, but Srikanth will take heart from his performance in the tournament.

Kidambi Srikanth sends another one into the net to give Loh Kean Yew a championship point. Srikanth saves one. And another. It's 20-20.

Kidambi Srikanth sends one into the net but wins the next to make is 18-16. Loh Kean Yew takes the next one as Srikanth makes an unforced error at the net. And another one. Then a killer smash from Loh. He smells blood.

A beauty of a net play from Kidambi Srikanth, with the reverse drop, to make it 14-14. And probably the best point of the match, and best from Kidambi, finishing with an amazing cross court drop.

Unlike Lakhya Sen, Loh Kean Yew is taking advantage of Kidambi Srikanth's mistakes and it's making the difference. But out of nowhere, Srikanth produces a sensational smash. Srikanth then unleashes another smash to make it 12-13. But again, another long push. Error, error. Overcommitting!

Loh Kean Yew wins three on the trot to take lead. Crucial phase. He can pull it away, and considering all the mistakes Kidambi Srikanth is making... Well, another one. A smash, cross court, leaves the Indian shuttler scrambling.

Another unforced error from Kidambi Srikanth allows Loh Kean Yew to catch up. 9-7. Then Srikanth sends another wide. 9-8.

After a careless net play, Kidambi Srikanth produces a killer smash down the line. But the Indian shuttler hits a return into the net.

Kidambi Srikanth wins back-to-back points to take lead. After a cross court smash, he produces a delicate drop shot to make it 6-4.

A stunning smash from Kidmabi Srikanth leaves Loh Kean Yew on the floor. Srikanth goes for another in the same channel, and he misses by inches. Loh then wins the next point with an ace. Crazy leave from the Indian shuttler.

After a topsy-turvy game 1, early exchanges of points. Kidambi Srikanth takes the first then concedes the two. But an unforced error gives Srikanth a break.

Loh Kean Yew races to 19, and another brilliant net play to make 20 and five game points for the Singapore shuttler. And he takes the game 1 in 16 minutes.

Now, it looks like a final. Loh Kean Yew wins back-to-back points, a smash down the line then on top of the net to kill off a brilliant rally. Kidambi Srikanth makes it 13-13, then another killer smash, this time on Srikanth's left. Jump smash of the highest order.

Loh Kean Yew fights back with four straight points. Then, exchanges of two points each. And third for Loh to make it 11-11.

Make it eight straight points. Srikanth toying with Loh and the Singapore youngster is making errors. A long push, the latest.

After surviving more than an hour aginst Lakshya Sen, Kidambi Srikanth will target short rallies and hopefully, an early finish. Four straight points. He races to a 7-3 lead with a delicate net play.

Loh takes an early lead, 3-1. But a lucky cross-court drop for Srikanth. And another one to make it 3-3.

Kidambi on the left and he starts. And it's first point for Loh. But Srikanth hits back, literally with a smash.

7:23 PM IST: Kidambi Srikanth in black and white tonight. Loh Kean Yew in red and blue. Both the shuttlers are in the court and they are chasing history. This is their second meeting and Srikanth won that Commonwealth Games match in straight games in 2018.

Srikanth's first final in 32 months. That sums up the crazy ride the former world number has had.

Four finals so far, and all straight game results. Up next, the men's singles final.

6:51 PM IST: Kidambi Srikanth's final opponent tonight, Loh Kean Yew is having a dream 2021. He was the flag bearer of Singapore at the Tokyo Olympics, and that honour seems to have given the 24-year-old new wings. Loh was hovering around 40 in the world ranking in August, and he's ranked 22 now. He won Dutch Open in October, Hylo Open in November and was also the Indonesia Open finalist.

6:39 PM IST: After winning five Superseries titles in 2017 and becoming the world number in 2018, Kidambi Srikanth hit a slump with injuries plaguing his career. His last final appearance was at the 2019 Indian Open, losing to Viktor Axelsen in straight games in the BWF Super 500 event.

6:12 PM IST: Up next, the penultimate match of the BWF World Championships 2021. Japan's Takuro Hoki/Yugo Kobayashi take on China's He Ji Ting/Tan Qiang in the men's doubles final. The Japanese pair won their last meeting at Denmark Open in October. But it's 5-1 in the Chinese pair's favour in a rivalry that started in 2016.

6:01 PM IST: Second world title for Chinese pair, Chen Qing Chen and Jia Yi Fan. The top seeds defeated Lee Sohee and Shin Seungchan (2) of Korea in straight games (21-16, 17) on their third match point. They were the champions in Glasgow four years ago.

4:59 PM IST: Path to the final for Kidambi Srikanth and Loh Kean Yew

4:46 PM IST: We have two more doubles finals before the big showdown between Kidambi Srikanth and Loh Kean Yew. Top seeds Chen Qing Chen and Jia Yi Fan of China take on Korean second-seeds, Lee Sohee and Shin Seungchan in the women's doubles. It will be followed by the men's doubles final between Japan's Takuro Hoki/Yugo Kobayashi and China's He Ji Ting/Tan Qiang.

Kidambi Srikanth is on the path to redemption. Having missed the Tokyo Olympics due to qualification criteria, Sunday's World Badminton Championship final will place the 28-year-old Andhra born in an exclusive club of Indians who won medals at the BWF World Championships.

Srikanth has already made history. He defeated countryman Lakshya Sen to become the first Indian man to enter the final of the world championships men's singles. Srikanth can go one better if he wins the gold medal. Only PV Sindhu has won the world championship. She did it in 2019 at Basel in Switzerland, whipping Japan's Nozomi Okuhara 21-7, 21-7.

Even if Kidambi Srikanth finishes second best on Sunday, he would have improved upon bronze medals by Prakash Padukone (1983) and B Sai Praneeth (2019). 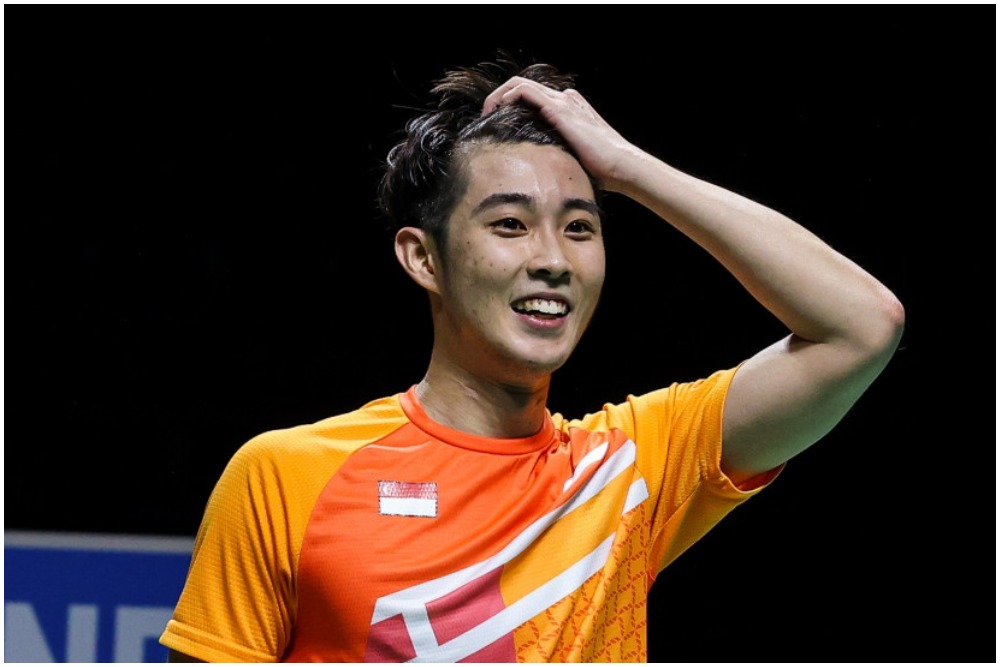 Srikanth will start favourites against Singapore's Loh Kean Yew in Sunday's final. Srikanth is ranked 14th in the world while Yew is 22nd.

In head-to-head, Srikanth has a 1-0 win-loss record against Yew. The two met during the 2018 Commonwealth Games and Srikanth emerged 21-17 and 21-1 winner.

But this will be a different setting and Yew can be dangerous. On Saturday, Yew, in his second world championship, beat Denmark's world No. 3 Anders Antonsen 23-21, 21-14 in the semi-final. Yew has beaten six out of the world's top 10 players in the last three months.