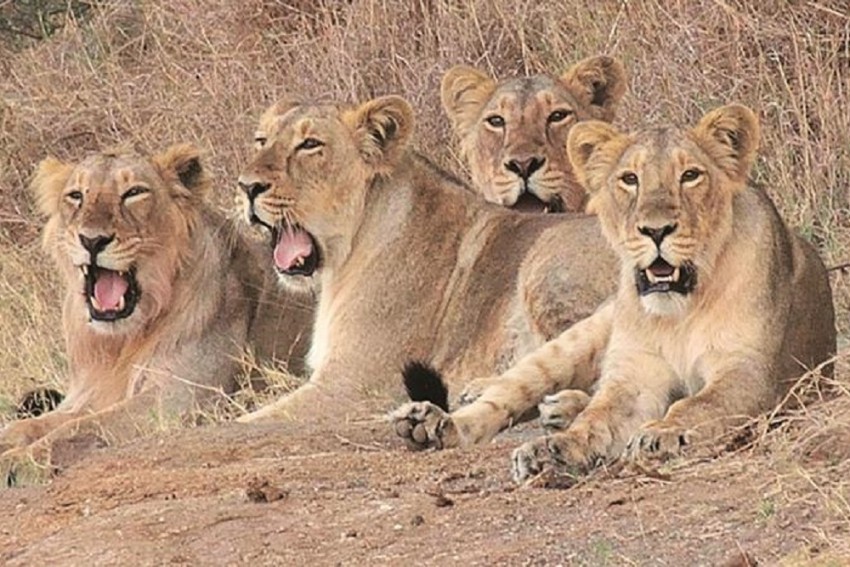 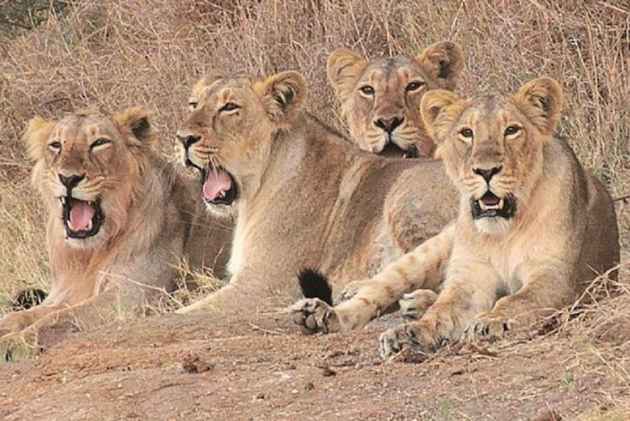 The number of lions in the reserved forest areas outside the Gir national park and other areas in Gujarat has touched 650.

According to a report by The Times of India, the forest department had conducted an internal lion count in July this year, according to which there are nearly 650-odd lions in the reserved forests and even outside the national park in Amreli, Bhavnagar and Gir-Somnath districts.

Speaking to the newspaper, a top official said,"Gir and its periphery have recorded a count of nearly 650 lions. This is record high number of big cats in the state since 1936 as per the available records. There are around 180-odd cubs between one and two years of age."

In the last two years, 125 odd lions were added. As per the 2015 census, there were 523 lions, the year when Gujarat  witnessed a fourfold increase in the five decades, according to a report published in scientific journal Current Science.

In March,  then Environment Minister Anil Dave had said that India had 70 per cent of the world's lion population, with spirited conservation methods taking their numbers to 2,400 at present.

He had noted that wildlife conservation in the country goes back in history.

"India does not need lessons in wildlife conservation as we are the pioneers in this field. It is due to the spirited campaign of people that we have registered a tremendous growth in the population of many vulnerable species.

"India has the largest population of lions in the world.

"We have a whooping 2,400 lions at present. Similar success has been achieved in case of tigers and other species also," Dave said.