Two Left-wing activists Varavara Rao and Sudha Bhardwaj were arrested on Tuesday as the Pune police carried out searches at multiple places. 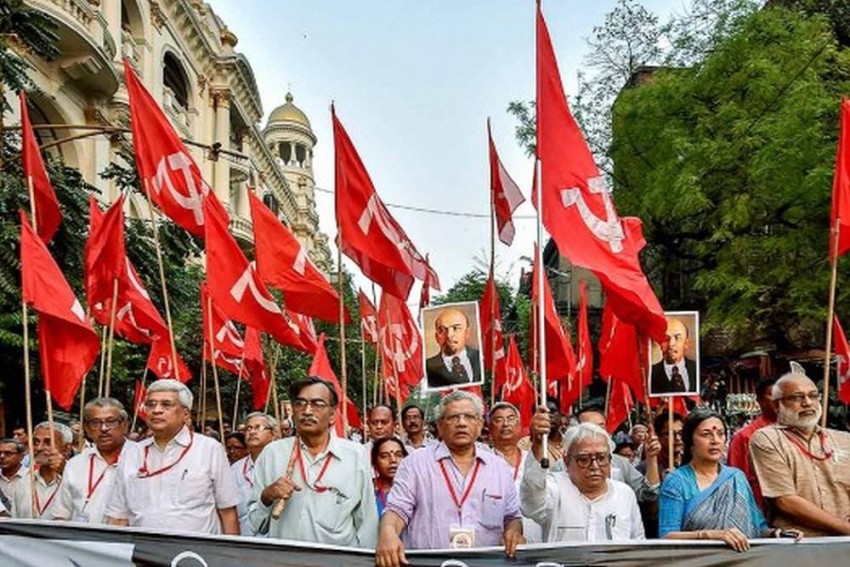 The Communist Party of India (Marxist) -- CPI(M) -- said the raids which were carried out in Mumbai, Delhi, Ranchi, Goa and Hyderabad have led to the arrests of some of the activists.
File Photo
Outlook Web Bureau August 28, 2018 00:00 IST Left Parties Demand Immediate Release Of Rights Activists 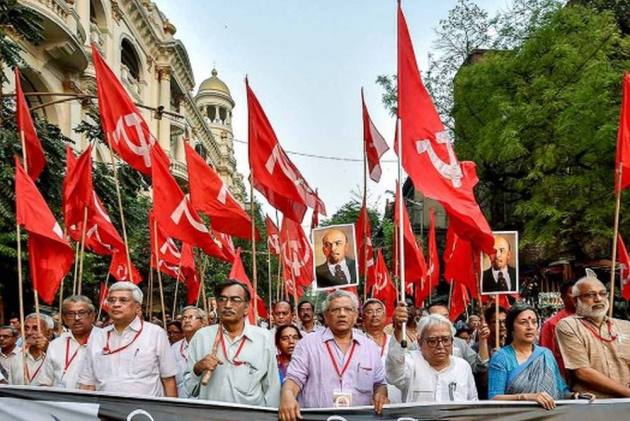 Condemning the police raids and several arrests of the rights activists, the CPI(M) on Tuesday said the act is a clear attack on democratic rights.

These reactions came as two Left-wing activists Varavara Rao and Sudha Bhardwaj were arrested on Tuesday as the Pune police carried out searches at multiple places in various states on the residences of people suspected to have Maoist links, a senior police official said.

The Communist Party of India (Marxist) -- CPI(M) -- said the raids which were carried out in Mumbai, Delhi, Ranchi, Goa and Hyderabad have led to the arrests of some of the activists such as Sudha Bharadwaj, Varavara Rao and Gautam Navlakha.

The police have also taken away laptops, mobiles and other personal papers from the homes of those raided, the party said.

"Ever since the Bhima-Koregoan violence against Dalits, the Maharashtra Police along with central agencies have been targeting Dalit rights activists and lawyers who have been taking up their cases. False charges have been levelled and the draconian Unlawful Activities Prevention Act invoked.

"These constitute a brazen attack on democratic rights and civil liberties. The Polit Bureau demands the withdrawal of the cases against these activists and their immediate release," it said in a statement.

The CPI(ML) Liberation said those arrested include noted rights activist Sudha Bharadwaj who has lifelong been a lawyer and champion of the rights of the most oppressed in Chhattisgarh, as well as Vernon Gonsalves, Gautam Navlakha and others.

In a statement, the party said, "The attempt to project the peaceful Bhima-Koregaon event as an act of terrorism is utterly baseless and condemnable."

The party said, "It is shocking but not surprising that under the BJP rule at the Centre and in Maharashtra, rights activists are arrested and booked on terror charges under draconian laws - while terror outfits such as Sanatan Sanstha and Shiv Pratishthan unleash violence on Dalits, plot terrorist attacks, assassinate dissenters and yet are referred to by BJP leaders including the current Prime Minister of India as 'nationalist'."

"We condemn the arrests and raids, and demand the release of Sudha Bharadwaj, Gautam Navlakha, Vernon Gonsalves, Vara Vara Rao and others arrested on Tuesday.

"Under the Modi regime's undeclared Emergency, rights activists and dissenters are either shot at, killed, or raided, arrested and jailed," it said.

Searches were carried out at the residences of Left wing activist and poet Varavara Rao in Hyderabad, activists Vernon Gonzalves and Arun Ferreira in Mumbai, trade union activist Sudha Bhardwaj in Faridabad and Chhattisgarh and civil liberties activist Gautam Navalakha in Delhi, the police official said, while refusing to be identified.