During the hearing, the Enforcement Directorate (ED) opposed the bail plea of the accused, saying they indulged in a "very serious" economic offence. 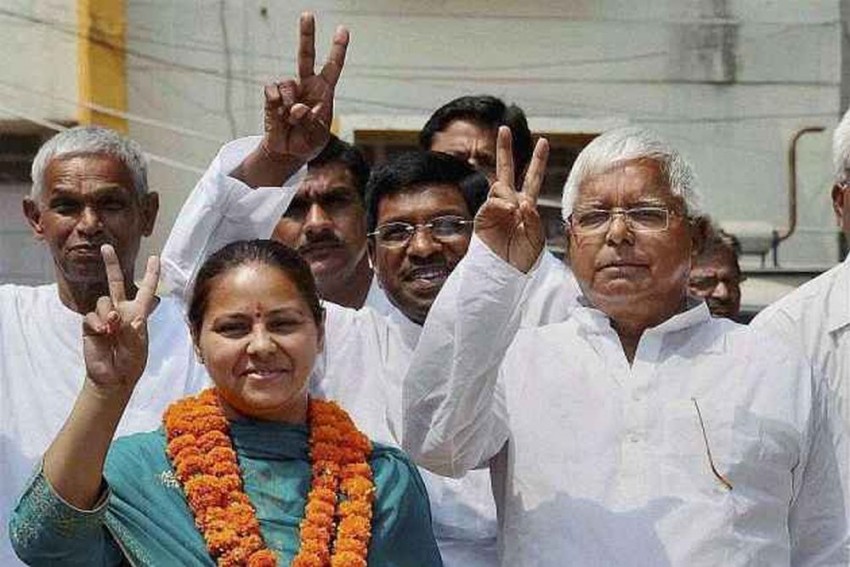 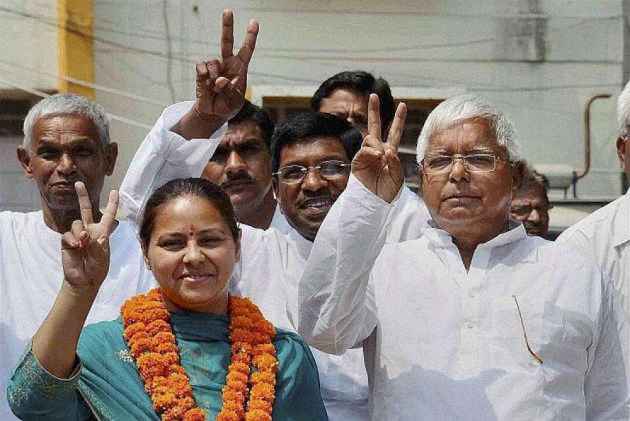 A special court in New Delhi on Monday granted bail to RJD chief Lalu Prasad's daughter Misa Bharti and her husband in a money laundering case.

Special Judge Arvind Kumar granted the relief to Bharti and her husband Shailesh Kumar, who appeared before the court in pursuance to summons issued against them, on a personal bond of Rs two lakh with a surety of a like amount each and directed them not to leave the country without prior permission of the court.

The two had moved bail applications.

During the hearing, the Enforcement Directorate (ED) opposed the bail plea of the accused, saying they indulged in a "very serious" economic offence.

"Persons on such a post are committing such kind of activities which are totally against the nation," ED counsel Atul Tripathi said.

The court asked if the probe agency had arrested the couple during the case investigation to which the ED replied in the negative.

The court had on February 8 issued summonses against Bharti, her husband and her firm Mishail Packers and Printers as accused in the case after taking cognizance of the charge sheet filed by the ED.

The ED had on December 23 filed its final report against Bharti and her husband Shailesh Kumar.

The agency had earlier attached a Delhi farmhouse of the couple in connection with its money-laundering probe.

The farmhouse, located at 26, Palam Farms in south Delhi's Bijwasan area, was attached provisionally under the Prevention of Money Laundering Act (PMLA).

It belonged to Bharti and Kumar and was "held in the name of M/s Mishail Packers and Printers Private Limited", the central probe agency had said.

The agency had raided the farmhouse and a few other locations in July last year as part of its probe against two brothers -- Surendra Kumar Jain and Virendra Jain -- and others, who were alleged to have laundered several crores of rupees using shell companies.

The Jain brothers, currently on bail, were arrested by the ED under the PMLA.

The ED had also arrested Rajesh Agrawal, a chartered accountant who had allegedly mediated and provided a cash amount of "Rs 90 lakh to the Jain brothers in advance so as to invest in M/s Mishail Packers and Printers Pvt Ltd as share premium".

One of the firms that the arrested duo dealt with was Mishail Printers and Packers Pvt Ltd, according to the ED.

Bharti and her husband are alleged to have been directors in this firm in the past.

"The company, M/s Mishail Packers and Printers, was registered at 25, Tughlak Road, New Delhi till the shares were bought by Bharti.

"It was only during 2009-10 that the address was changed to Farm no. 26, Palam Farms, VPO Bijwasan, New Delhi. Bharti and Kumar were the directors of the company during the relevant period," the ED had said.

The ED had alleged that the Jain brothers, Agrawal and the daughter and son-in-law of the former Bihar chief minister were the "key persons behind the laundering of Rs 1.2 crore".