The impact of an ICJ decision can have far reaching consequences on treaties. 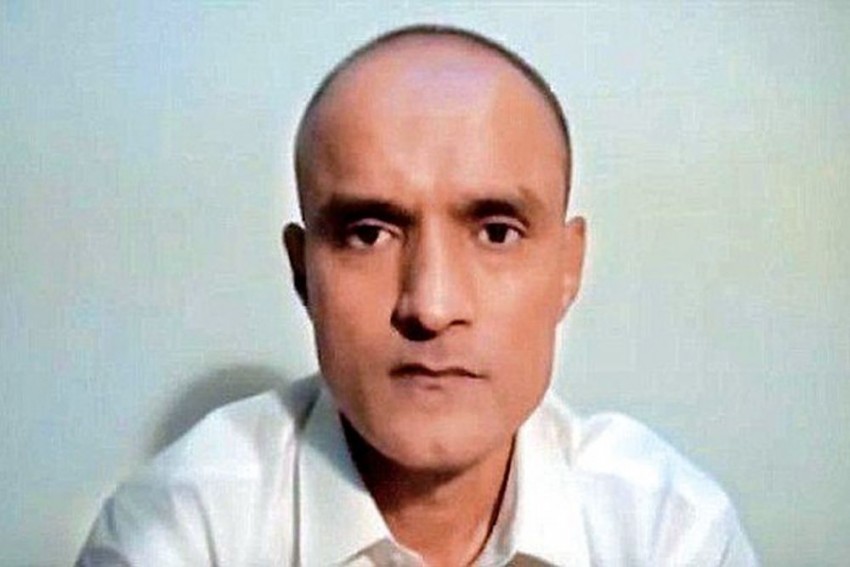 File Photo
Priya Pillai (lawyer) June 18, 2017 00:00 IST Kulbhushan Jadhav Case At International Court Of Justice Is Not A Matter Of Life And Death 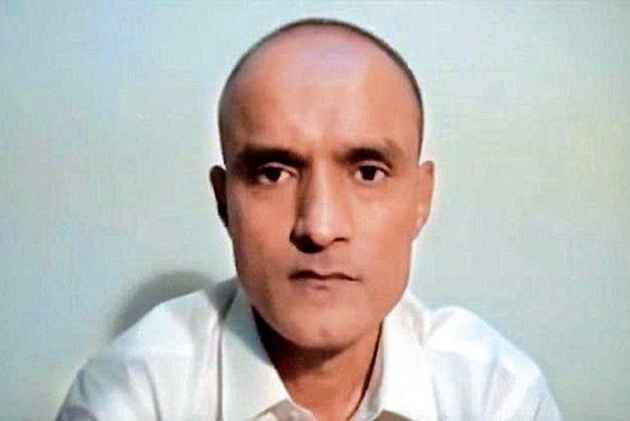 The Kulbushan Jadhav case is not just a matter of life and death. It has wider ramifications regarding inter-state relations and the potential for better relations between neighbours. There are also significant legal consequences and policy implications of a decision of the International Court of Justice (ICJ).

On May 8, 2017, India initiated proceedings before the ICJ, against the Islamic Republic of Pakistan in the case of the arrest, detention and sentencing of Jadhav. The facts in dispute are that Pakistan alleges an Indian national was found spying in the restive area of Balochistan, and as a result arrested and taken into Pakistani custody on March 3, 2016. India refutes this, alleging instead that Jadhav (a retired naval officer) was abducted from Iran where he had legitimate business interests.

Subsequently, Jadhav was tried for espionage and sabotage by a Pakistani military court, found guilty and sentenced to death. The refusal by the Pakistani authorities to grant consular access on multiple occasions, and the subsequent pronouncement of the death penalty on April 10, 2017, were the catalysts for India filing the application before the ICJ. India argues that Article 36 of the Vienna Convention on Consular Relations (VCCR) has been violated, and that the jurisdiction of the ICJ emanates from Article 1 of the Optional Protocol concerning the Compulsory Settlement of Disputes (‘Optional Protocol’).

After oral hearings on May 15, 2017, the ICJ issued a unanimous order in favour of India, indicating provisional measures in its order of May 18, 2017 (PM Order). The PM Order was based on the fulfillment of a four-fold test: (a) prima facie establishment of jurisdiction of the court; (b) the plausibility of rights to be protected; (c) the link between the rights and the provisional measures requested; and (d) risk of irreparable prejudice and urgency.

As Per the PM Order, the ICJ reiterated its stance that provisional measure orders have “binding effect” and create international legal obligations for the party in question.

Next Steps: Jurisdiction, merits and remedies

The issues that the ICJ will have to address next include the jurisdiction of the court, and subsequently, the violation of rights.

The jurisdiction of the court has been invoked on the basis of Article 1 of the Optional Protocol, due to a “dispute arising out of the interpretation or application of the Convention”, i.e. the dispute relating to the applicability of Article 36 of the VCCR. Pakistan opposes this on the basis that there is no dispute per the VCCR provisions, instead arguing the compulsory jurisdiction of the court per Article 36 (2) of the Statute of the ICJ is at issue here, which has been excluded for cases related to national security, as per the declaration entered by Pakistan on March 29, 2017. Another argument against jurisdiction relates to the 2008 bilateral agreement between India and Pakistan on consular relations, which purportedly modifies the VCCR to exclude cases on “…political or security grounds…”.

If there is a finding for jurisdiction, the ICJ will then address substantive arguments pertaining to the violation of the treaty in question. If the basis of jurisdiction is restricted to the Optional Protocol, it is questionable whether the court will examine the content of violations of Article 14 of the International Covenant on Civil and Political Rights (ICCPR), alluded to by India in its prayer for relief.

Therefore, the court will likely not address the question of the imposition of the death penalty or whether the right to fair trial has been violated under the ICCPR. The court will likely restrict itself to the context and content of violations of Article 36 of the VCCR. Per this provision however, the denial of the rights of communication and access to Jadhav by consular officials, as well as the inability to provide for legal representation, will be scrutinized.

The remedies sought by India include a suspension of the death sentence, restitution by declaring the sentence illegal under international law (including the ICCPR), directing Pakistan to annul the decision of the military court, failing which for the ICJ to declare the decision illegal, and to direct the release of Jadhav. However, taking into account past jurisprudence in theLaGrand case (Germany vs. US) and Avena case (Mexico vs. US), the extent to which the ICJ has gone is to order the state to ‘review and reconsider’ the decision. The manner in which this review is conducted is left to the discretion of the state. However, the review must be “effective”, and must include judicial review. Clemency proceedings have been held to be insufficient to satisfy the test.

Implications of the case

The submission of the Jadhav case to the ICJ has wider implications, beyond the international legal issues that are up for consideration. The choice of litigation and its consequences are all significant factors to take into account.

Invoking international law, and in particular, international adjudicatory mechanisms are part of the foreign policy calculus of states. Before initiating a case at the ‘world court’, this calculus ideally not only takes into account the chances of legal victory, but also relations with the opposing state, the issues at stake and, in this case, the individual at the center of the case.

In approaching the ICJ, India has signaled its intention to pursue the matter legally on the world stage. In fact, this is not the first time that these states have initiated proceedings before the ICJ, with Pakistan initiating proceedings in two out of the three cases. Two cases did not come to fruition, with withdrawal of the disputes in the Appeal relating to the jurisdiction of the ICAO Council (India vs. Pakistan), and the Trial of Pakistani Prisoners of War (Pakistan v. India). In the third case, Aerial Incident of August 10, 1999 (Pakistan v. India), the ICJ found a lack of jurisdiction of the court.

While approaching the ICJ is significant, it is relevant to inquire into whether there were any other viable legal options. Articles 2 and 3 of the Optional Protocol provide for the choice of an arbitral tribunal as well as a conciliation procedure, without prejudice to their ability to file a case before the ICJ. Given the urgency of the situation, it may be argued that such proceedings would not be the most efficient or appropriate fora. However, it must be noted that arbitral tribunals are empowered to pass interim orders of protection, as evidenced by the arbitration rules of the Permanent Court of Arbitration and the UNCITRAL arbitration rules. While delays in setting up the arbitral body may impede such orders, this is also beginning to be addressed byemergency powers for arbitrators. However, this is still a nascent development. Hence, it would seem that unless arbitration or conciliation were neglected to be considered, the deliberate choice of the ICJ could be linked to the assumption of expedited legal processes, including a quicker response for provisional measures.

The ICJ is the international adjudicatory body to resolve disputes between states. As such, breaches of international law obligations vis-à-vis respective states are brought before it. It is not set up to function as a human rights court, and individuals cannot approach the court. However, there is a growing acknowledgement and increasing importance given to engagement with substantive norms of human rights and humanitarian law, as related to the rights of states. This is a relatively recent phenomenon, commensurate to the evolution of international human rights law.

At the center of the current case is an individual whose rights may have been violated, on the basis of which the state claims a violation of its rights, thereby filing for redress. The appetite for greater engagement with individual rights is squarely addressed in Judge Cancado Trindades concurring opinion to the PM Order, terming this the ‘humanization’ of international law. If there is a specific category of cases in which the dichotomy between a focus of the rights of state versus the individual has the potential to be blurred, it is this category – cases pertaining to issues such as access to consular assistance and the death penalty. Judge Trindade draws on the jurisprudence of the Inter-American Court of Human Rights in its advisory ruling on consular access and due process during his presidency, which affirmed the interdependence between individual and state rights.

In fact, given the issues relating to consular access and the passage of a death sentence, it serves to bear that there will be considerable scrutiny of the relevant legal mechanisms within Pakistan. The interpretation of Article 36 (2) of the VCCR would require an examination of the laws of Pakistan, to assess the extent to which they give full effect to the VCCR. Furthermore, the case before the court relates to military justice and not regular courts. These factors may serve as impetus to settle the case through diplomatic means, rather than have domestic procedures subjected to international legal scrutiny.

The question of compliance with the orders of the ICJ (interim as well as final) as well as the longer term impact on consular access are significant.

While the decisions of the ICJ have binding effect between the parties, the lack of enforcement is an oft-cited inadequacy of international law. Hence, states have flouted decisions of the court in the past, including in cases relating to the lack of consular access for the death penalty. In a few notorious instances, ICJ decisions granting provisional measures have been ignored, with executions going ahead in the Breard case (Paraguay v. U.S) and the LaGrand case (Germany v. U.S). This despite the LaGrand case emphasizing the binding obligations created due to the provisional measure order. Hence, granting provisional measures is not a guarantee of compliance. In this case, the risks of non-compliance with the PM Order would depend on factors such as internal pressures and relations between the states. Recent statements (made after the PM Order) indicate that Jadhav will not be executed pending clemency proceedings. It is unclear if, upon the exhaustion of clemency proceedings for which 150 days are provided, the PM Order would be adhered to, pending the resolution of the case. However, there is a significant value in abiding by decisions of the court, not least as this would indicate a greater adherence to the rule of law and better standing internationally.

Counter-intuitively, there are instances when states have won cases in international adjudication proceedings, and sometimes political and strategic reasons serve to place this victory on the back burner. An instance is the recent arbitral decision in favour of the Philippines, in its dispute with China over the South China Sea. The current President of the Philippines has relegated this legal win to the background in the pursuit of better relations. Clearly, while there are different issues and power equations at work, this is indicative of the role of other factors and priorities in how a final legal decision may be treated by the parties. The approach of a state party does not detract from the legal effect of the decision, but may weaken any subsequent claims based on its practice.

As a last point, the impact of an ICJ decision can have far reaching consequences on treaties. Scrutiny of the actions of the US arising from the Avena and Breard cases resulted eventually in the withdrawal of the US from the Optional Protocol of the VCCR in 2009. Per Avena, the decision of the ICJ would have an impact not just in regard to consular relations between the two states, but also for nationals of other third party states. Hence, the consequence of this case may impact the future of consular relations between the two countries, their adherence to treaties, as well as an impact on other cases of consular access.