The meeting -- separated by a glass screen -- lasted for 40 minutes. 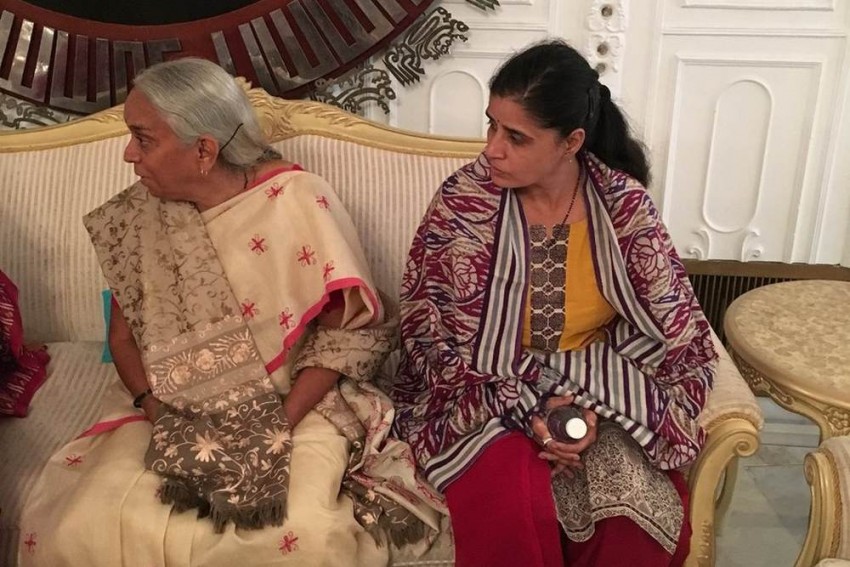 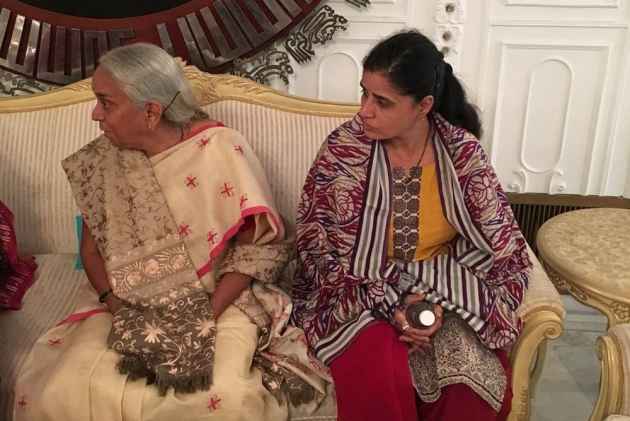 Kulbhushan Jadhav, who is on death row in Pakistan for alleged spying, on Monday met his wife and mother -- but separated by a glass screen -- in a carefully choreographed event that unfolded in tweets, photos and TV footage.

The 40-minute meeting, which took place after many representations, took place at the heavily guarded foreign affairs ministry building, and came after the International Court of Justice asked Pakistan in May to stay his execution.

It was the first time that Jadhav was meeting his family since his arrest in March, and Pakistan portrayed it as a humnaitarian gesture to mark the birthday of the country's founder Mohammed Ali Jinnah.

"Pakistan permits the meeting of wife and mother of Commander Jadhav with him, as a humanitarian gesture, on the birthday of the Father of the nation, Quaid-e-Azam Muhammad Ali Jinnah," foreign ministry spokesman Mohammad Faisal tweeted.

Pakistan permits the meeting of wife and mother of Commander Jadhav with him, as a humanitarian gesture, on the birthday of the Father of the nation, Quaid e Azam Muhammad Ali Jinnah.

The tween made it a point to identify Jadhav, a former Indian Navy officer, with his military title. Pakistan claims its security forces arrested Jadhav from its restive Balochistan province after he reportedly entered from Iran. It claims that he was in possession of an Indian passport that identified him as Hussein Mubarak Patel.

Faisal also tweeted that the meeting was arranged in light of "Islamic traditions and based on purely humanitarian grounds."

Pakistan foreign office later released pictures of Jadhav talking to his wife and mother from behind a glass screen. The communication between them was through a intercom device.

The meeting started at around 1.35 pm and lasted about 45 minutes, after which the entire party reemerged, and were driven away in a white SUV.

The two women had arrived in Islamabad earlier via Dubai on a commercial flight, and spent about 30 minutes at the Indian embassy before being driven to the foreign ministry. They are expected to stay at the Indian embassy for a few hours before retracing their path back to India later this evening.

Before the meeting, the security check of the family was performed.

All the information about the meeting emerged through Pakistani Foreign Ministry tweets and images.

Meeting between Commander Kulbushan Jhadev & his family in progress pic.twitter.com/THG925V1fO

"The mother and wife of Commander Jadhav sitting comfortably in the Ministry of Foreign Affairs Pakistan. We honour our commitments," Foreign Office Spokesperson Mohammad Faisal earlier tweeted along with a picture of the visitors.

From Pakistan's side, Foreign Office Director for India, Dr Fareha Bugti, was present at the meeting.

The wife and mother greeted media persons with a namaste after arriving at the ministry but did not respond to their questions.

They also did not talk to the reporters while leaving the building, although journalists kept shouting questions.

Jadhav was at the ministry before his family arrived. It was not known where he had been kept before being transported to the foreign ministry.

TV footage showed a convoy of around seven vehicles escorting Jadhav's family in the city.

Police and paramilitary security forces, including sharpshooters, were deployed at the ministry to deal with any untoward security situation, they said.

Roads leading to the Constitution Avenue, on which the ministry is located, were closed for traffic. Special security passes were issued for those visiting the Foreign Office, the officials added.

Pakistan on December 20 issued visa to Jadhav's wife and mother to visit Islamabad to meet him.

Jadhav, 47, was sentenced to death by a Pakistani military court on charges of espionage and terrorism in April, following which India moved the ICJ in May. It is expected to hold another hearing in March or April.

Earlier today Foreign Minister Khawaja Muhammad Asif told a Pakistani media channel that Pakistan has granted India consular access to Jadhav since an Indian diplomat will be accompanying the prisoner's wife and mother.

In India, officials downplayed the comments, maintaining that the Indian diplomat was only accompanying Jadhav's family and it cannot be construed as "consular access".