Kia has gone the extra mile by making a world debut in its first appearance at the Indian Auto Expo, in order to build brand trust. The Kia SP concept, which previews the Hyundai-owned automaker’s future compact SUV, has been revealed globally for the first time. Its production-spec model, which will come in mid-2019, will be the first product from Kia Motors India (KMI). The SP concept marks the official debut of the brand in the Indian market. 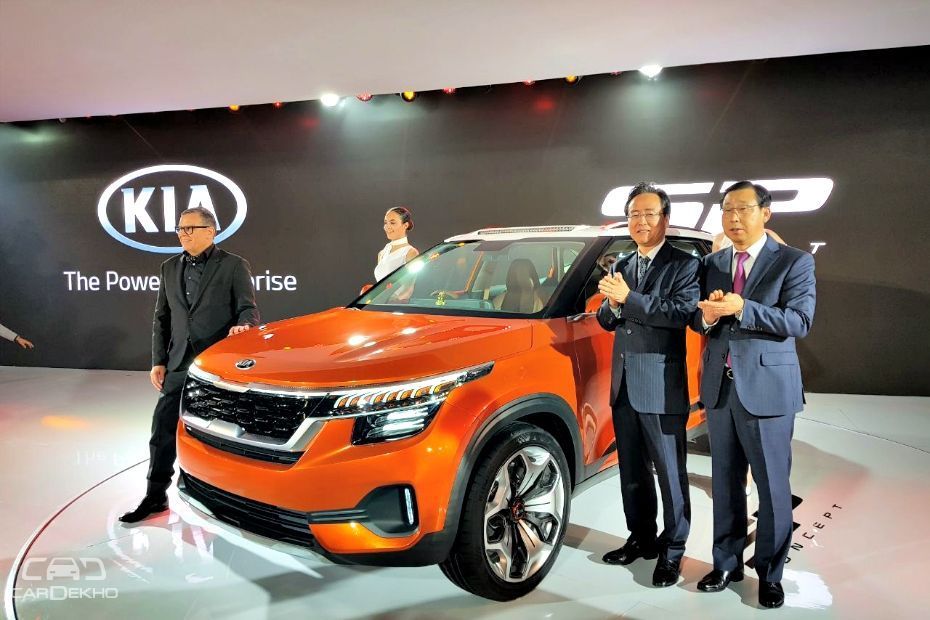 The high rider concept features an upright face and gets Kia’s signature ‘tiger nose’ grille, which is closely flanked by sleek wraparound LED headlamps that feature dynamic turn indicators. There’s also an LED bar placed on the roof to add a sense of ruggedness. Unlike its other SUV siblings, the SP gets a bolder and more mature fascia. 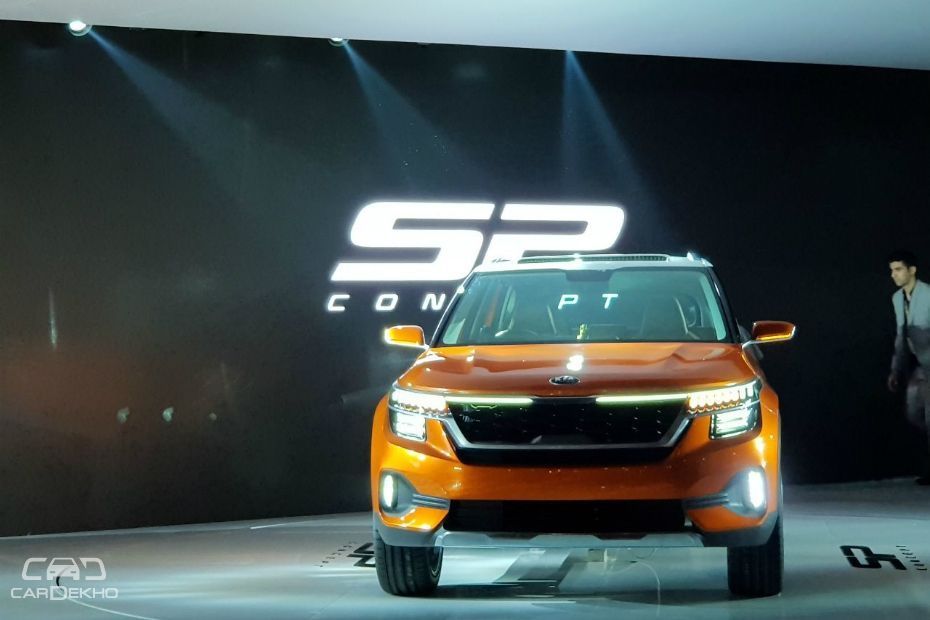 It appears that the SP concept has been designed from the ground up to be a dual-tone offering. The roof meets the rear fender at the C-pillar, giving it a floating appearance. The character lines that begin from both the wraparound head and tail lamps dilute at the centre, giving it voluminous fenders. At the rear, the number plate sits between the sleek tail lamps. And like the front bumper, the rear one too features a dual-tone theme with a faux skid plate. 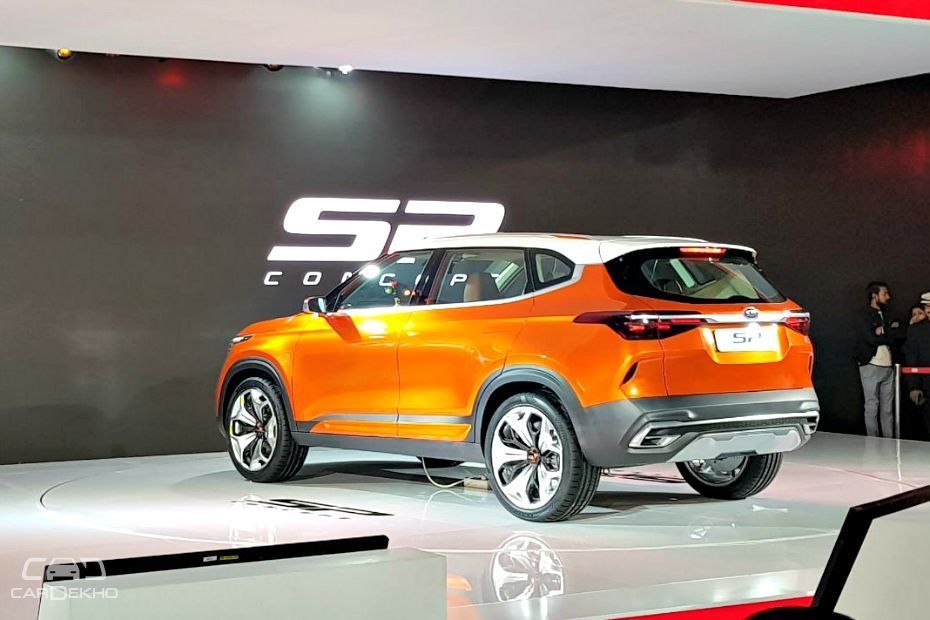 Overall, the Kia SP concept looks production-ready and the design will be carried forward, albeit with subtle changes.

The compact SUV is likely to be powered by a 1.0-litre direct-injected, turbocharged petrol engine. On the other hand, the diesel models are likely to be pulled by the existing 1.6-litre diesel motor that powers the Creta.

When it goes on sale, the production-spec Kia SP will go up primarily against the Hyundai Creta (sibling) and the Renault Captur. The prices of the model are likely to be the vicinity of Rs 10 lakh.