Saritha’s life illustrates the perils to which a woman is exposed in Kerala's public space. 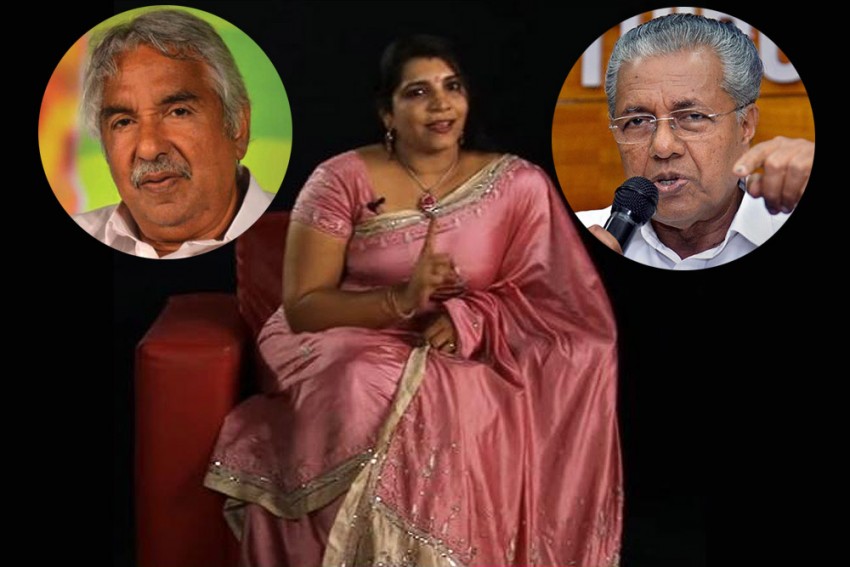 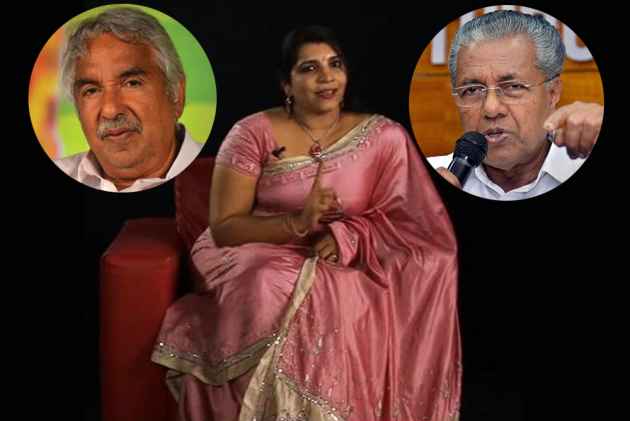 Kerala Chief Minister Pinarayi Vijayan appears to be on a record-setting spree. Last Thursday he got the State Assembly to hold the shortest session in its history, lasting barely 40 minutes. It was called so he could place before the house the report of the Justice G. Sivarajan Commission which went into the solar scam that had rocked the previous United Democratic Front government. He placed the report before the house in a record six weeks’ time although the law allows full six months to do so.

Accepting the Commission’s recommendations, his government referred to the Vigilance and Police departments allegations of corruption and sexual exploitation against former Chief Minister Oommen Chandy, three members of his Cabinet, two former Union Ministers of State, one MP, two MLAs and two IPS officers, which, too, is a record.

The solar scandal broke in 2013 when a young woman, Saritha S. Nair, director of a company called Team Solar Renewal Energy Solutions Private Limited, was arrested on a charge of cheating several persons by promising to make them business partners or install solar plants in their premises. Her husband and the company’s managing director, Biju Radhakrishnan, was also arrested. He is now serving a jail term on a charge of murdering his first wife to marry Saritha.

The scandal assumed a political dimension when three members of Oommen Chandy’s personal staff were arrested for aiding Saritha and Biju in their activities. The Chief Minister himself came under a cloud as he shared the mobile phones on which they and Saritha had stayed in touch. This led to demands that he should resign, assuming moral responsibility for the conduct of his personal staff. But he disowned them and denied he knew Saritha.

As evidence of the association of Oommen Chandy and other Congress leaders with Team Solar surfaced the Left Democratic Front organized a massive rally to demand the Chief Minister’s resignation. Pinarayi Vijayan, who was then Secretary of the State CPI(M), summoned 100,000 party workers to the capital to surround and paralyze the Secretariat. “Not a fly will enter the Secretariat,” LDF Convener Vaikom Viswam declared.

The police ensured that one road was open for Ministers and officials to reach the Secretariat. However, aware of the risk involved in letting a large crowd remain in the streets indefinitely, Oommen Chandy offered a judicial inquiry into the scam and Pinarayi Vijayan called back the protesters.

Thus was the Sivarajan Commission appointed on October 29, 2013. It was asked to report within six months but sought and obtained several extensions and finally submitted a four volume report, running into about 1,000 pages, last September more than a year after the LDF came to power.

In the first volume, the Commission gave its finding on the first of six items of the terms of reference in these words: “The Chief Minister, his office, his personal assistants, his personal security officer, close party workers and his aide at Delhi are all partisans to the solar scam deals of the prime accused Saritha S. Nair and Biju Radhakrishnan in one way or the other.”

In the second and third volumes, it gave its findings on the other terms of reference. In the final volume, going out of the terms of reference, it dealt with the affairs of the Kerala Police Association, whose Secretary’s name had come up in the scam.

For long, media interest on the scam was focussed on a letter Saritha wrote while in police custody giving an account of how politicians and police officials sexually exploited her. She had passed it on to an aide of K.B.Ganesh Kumar, a former Minister belonging to the Kerala Congress (B), which had some issues with the Congress in the UDF. Justice Sivarajan included a version of the letter which was produced before him in the report as an Appendix and recommended that the allegations in it be investigated.

Pinarayi Vijayan placed the report before the Cabinet which decided to refer the corruption charges to the Vigilance department and the sexual exploitation charges to the Police. Overlooking his own earlier decision not to brief the media after Cabinet meetings, he called media persons and announced the Cabinet decisions immediately. However, he refused to release the report, saying it had to be placed before the Assembly and the government had six months to do so.

Oommen Chandy wrote to the government for a copy of the Commission report on the basis of which action was being taken against him and his colleagues. He also filed an application under the Right to Information Act. The possibility of his getting a favourable order from the Information Commission or the courts prompted the government to call a special session of the Assembly to make the report public.

Soon doubts arose about the propriety of investigating sexual exploitation charges without a complaint from the victim. The problem was solved when Saritha came forward with written complaints. However, on legal advice, the government asked the police to register cases against the leaders only after investigations as the accused might raise pleas of mutual consent.

While placing the Commission’s report before the Assembly, Pinarayi Vijayan, with good sense, avoided naming the persons mentioned in Saritha’s letter  and the nature of the alleged sexual offences. Most newspapers, too, showed restraint. However, the entire report was on some websites, including that of the CPI(M) daily, Deshabhimani.

Saritha’s letter, in broken language, begins in the first person: “Me, Saritha S. Nair. Today arrested on ground of solar scam.” Then there is an abrupt switch to the third person: “Now she hears some problems and allegations. Reports came in news papers. She does not see news papers. But from the talk of the persons with her, attempts are being made to make her alone scapegoat. She understands. Really, who are guilty? She alone? Those who have done wrong can escape? She alone will suffer at last she believes. Really when the wrong-doers are living happily, false stories about her alone out. Who remembers that she has also mother, children and grandma. Instead of killing her inch by inch why not she be killed at a stretch.”

The letter closes with the names of 17 persons and lists separately her complaints against each of them. All except a few are accused of some form of sexual exploitation.

The letter seethes with the fury of a woman scorned. Oommen Chandy’s statement that he did not know Saritha appears to have incensed her. If the account is truthful, it follows that she bribed several leaders in cash and in kind.

Saritha has made so many contradictory statements before television cameras in the last four years that the extent of truth in them remains a matter of speculation. She once claimed the CPI(M) had offered her Rs 10 crore for spilling the beans on the Congress leaders.

At one stage Saritha’s name figured in more than 40 cheating cases and the total amount involved was said to be more than Rs 6 crore. After coming out of prison she bought peace for herself by settling several cases fully or partly in circumstances that are shrouded in mystery.

When a Malayalam channel reported last year that Saritha’s letter mentions sexual exploitation by Oommen Chandy, writing in Outlook, Shajaham Madampat said, “In this writer’s opinion, this is an implausible charge....Oommen Chandy is surrounded by scores of men all the time, even in the privacy of his bedroom!” Disbelief was expressed also by N.S. Madhavan, a former IAS officer and noted Malayalam writer, this week in a tweet: “Corruption, possibly, yes. But sexual misconduct?” He described the retired judge’s tabulation of oral and phone sex in the inquiry report as a voyeuristic pursuit.

The reactions of Madampat and Madhavan show that Oommen Chandy commands greater credibility than Saritha. Her bold declamations have earned her many admirers, male and female, but she remains an enigmatic figure. Is she an ambitious woman who came to grief as she attempted to bed-hop to success? Or is she a hapless victim of predatory male chauvinism? Whatever the answer to these questions, Saritha’s life illustrates the perils to which a woman is exposed in Kerala's public space.

The solar scam has briefly illuminated Kerala's expanding sphere of political corruption and social decay. While there is evidence of wrongdoing, given the ways of our justice system, the chances of successful prosecution of those named in Saritha's letter appear to be slim. Nevertheless the Commission’s report and the LDF government’s action on it may serve an immediate political purpose. It will keep UDF leaders tied down in legal battles and ease the pressure on the LDF which is coping with allegations of illegalities committed by Thomas Chandy, Minister belonging to the Nationalist Congress Party and owner of a lakeside resort, and P V Anvar, an LDF-Ind MLA and promoter of a water theme park.

'Male And Female Politicians Have Let Us Down. Now If A Transgender Fails People Will Lose All Hope,' Says Kinnar Mayoral Candidate Gulshan Bindu