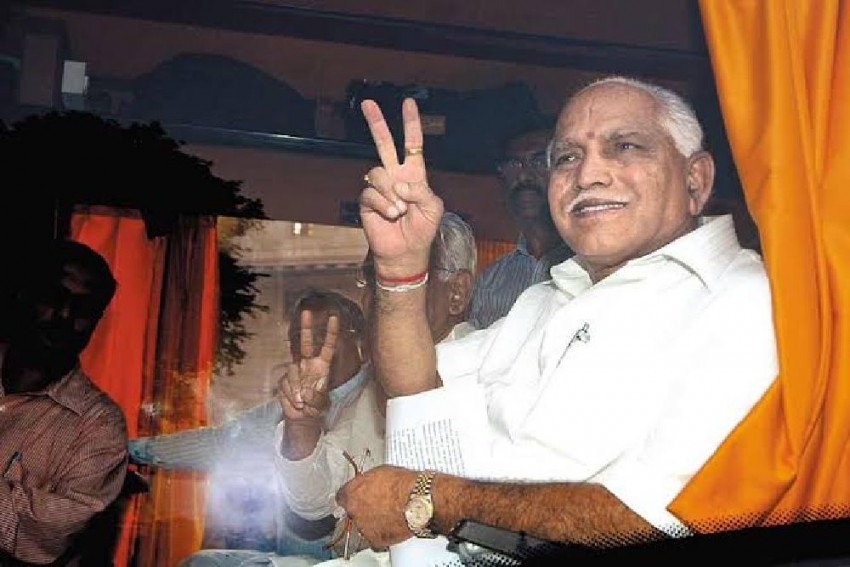 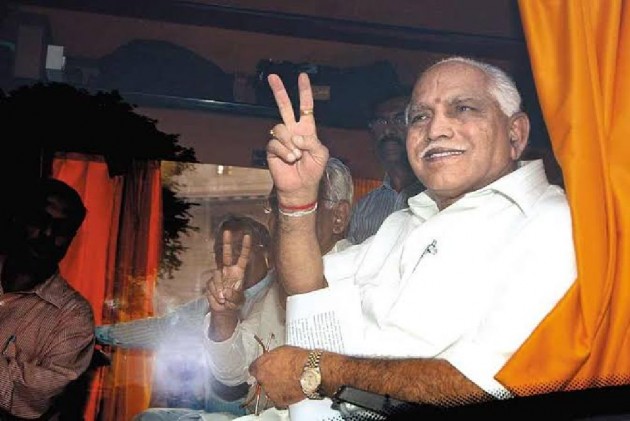 The Bharatiya Janata Party (BJP) looked set to cement its government's position in Karnataka on Monday, leading in 12 of the 15 seats in the bypolls. The victory in these seats will give the party a clear hold on power until 2023 when the current assembly term ends. These bypolls were seen as a crucial test of Karnataka’s shaky politics. Since May 2018 state elections threw a hung assembly, uncertainty over numbers had prevailed. That looks largely settled now in Karnataka’s 224-member Legislative Assembly, where the BJP needed 8 seats to get past the majority mark.

Karnataka has been the BJP’s "gateway to the south," but it has also presented the party with paradoxes. Even when it comfortably won a majority of the Lok Sabha seats in consecutive general elections, it still couldn’t cross the majority mark in the state assembly. Back in 2008, it came tantalizingly close and again in 2018, it fell just short of the magic number. Then, like now, the BJP has had to depend on defectors to carry it across the finish line.

Defection, naturally, has been the flavour of these 15 by-elections – for the past four months since the Congress-Janata Dal (Secular) coalition fell, the narrative has revolved around horse-trading allegations, disqualifications and the prospect of more defections.

The BJP had put up 13 defectors most of whom have won. It wasn’t entirely unexpected even though the party wasn’t strong in many of these seats, political observers say. To start with, most of the defectors had built up a base in their constituencies over the years. Besides, the BJP, too, pressed its ministers and party machinery for a win as many top leaders said over and over again that their "sacrifice" had helped the party to come to power in July. The defectors will likely become ministers in the BS Yediyurappa cabinet.

For Chief Minister Yediyurappa, too, there’s a parallel from his previous term – back in 2008, the 77-year-old BJP veteran lasted only three years in the top job before an illegal iron ore mining scam singed him. Now, with the bypoll victory, he gets another three years at the helm.

On the face of it, the bypoll results possibly hold out a fresh set of challenges. The BJP can breathe easy because it has a majority in the Assembly, but it will have to manage a fine balance between loyalists and new entrants. But relying on defectors has been the BJP’s undoing in Karnataka in the past –- will that repeat?

To be sure, the party’s central leadership is firmly in command of the Karnataka unit now unlike earlier -- so much so that Yediyurappa isn’t seen to be having a free rein. Most observers point out that the BJP’s growth in Karnataka so far has been largely inorganic. But with the party now in power for a second term, analysts reckon that it will look to strengthen its organisational network in the state.

Meanwhile, for the Congress and JD(S), the challenge will be to keep their flock together. The BJP’s win in K R Pet, especially, is a big setback to the JD(S) because Mandya is the party’s stronghold.

Going into the bypolls, Congress had pointed to the recent local body elections to say that the party’s grassroots strength was intact. But observers reckon the bypoll defeat could possibly bring the faction-fights among senior leaders in the Congress to the fore.