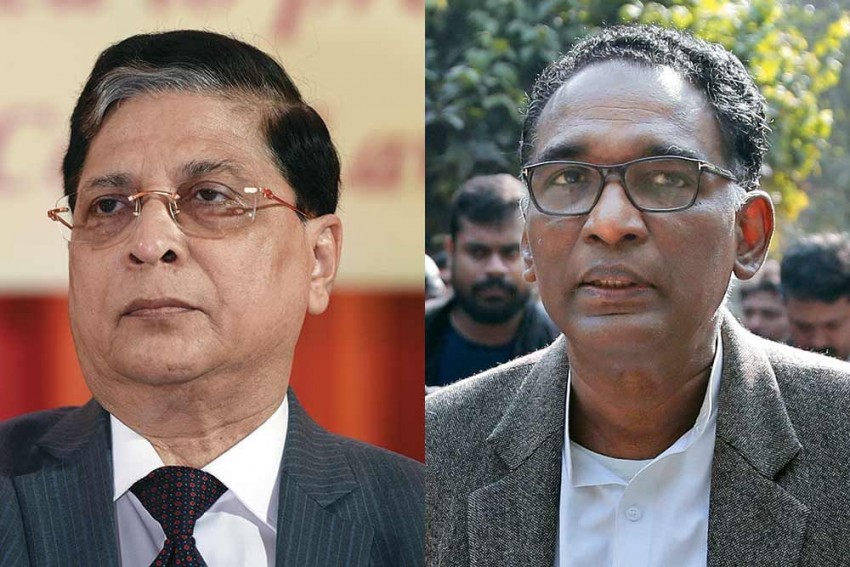 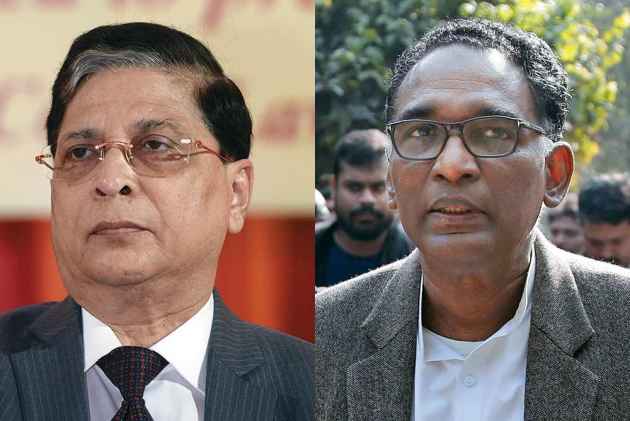 Justice J Chelameswar, the senior most judge of the Supreme Court who had virtually revolted by holding a controversial January 12 presser, today shared dais with Chief Justice of India Dipak Misra on his last working day.

Justice Chelameswar, who retires on June 22, sat in a bench headed by the CJI along with Justice D Y Chandrachud as today was the last working day before the apex court goes for the long summer vacation.

Justice Chelameswar, who has been at loggerheads with the CJI over the functioning of the apex court including the allocation of sensitive cases and on recommendation of judges for appointment to higher judiciary, maintained the tradition of sharing the dias with the CJI.

The judge ended the speculation among the legal circles that he would not be a part of the bench. The speculation had gained momentum after he had refused the invite of the Supreme Court Bar Association which was preparing a farewell function for him today.

A large number of people, besides lawyers and litigants, thronged the court room this morning. There was no mentioning in the court no 1, which is usually flooded with cases and where 11 matters were listed for today.

Bhushan thanked Justice Chelameswar for "upholding democracy" and said,"On behalf of the Bar, I would like to say that it was an honour to have appeared before you. Future generations will remember your contribution to democracy and to the country."

Dutta thanked the judge for "upholding the ideals of the institution", while Sankaranarayanan expressed his gratitude towards him for the grace he has shown towards junior members of the Bar and said this would always be remembered and appreciated.

Justice Chelameswar left the courtroom with folded his hands.

He had earlier declined an invitation from the SCBA for his farewell function citing personal reasons.

The judge also told the members of the bar that he had not accepted a farewell earlier when he was moving out of the Andhra Pradesh High Court to another high court.