There are stones that have been brought from far and set on top of the sand bar in the island chain. 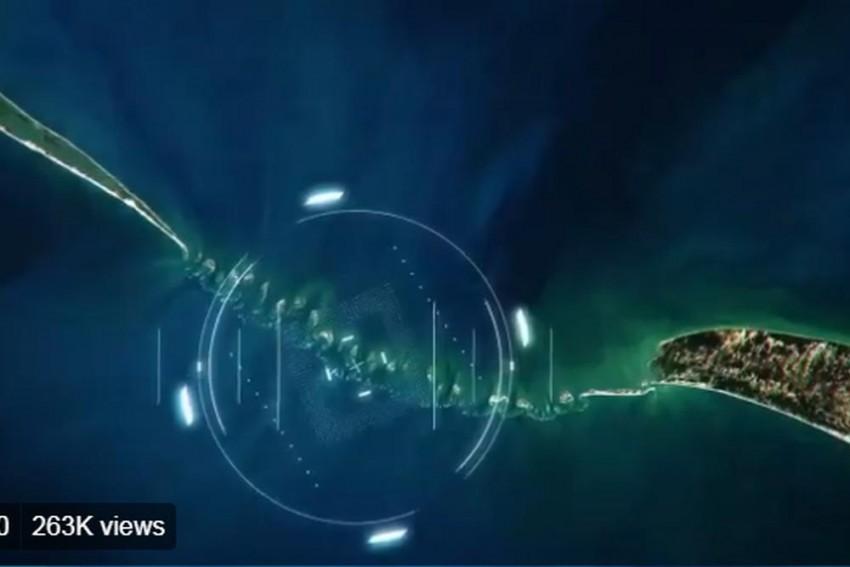 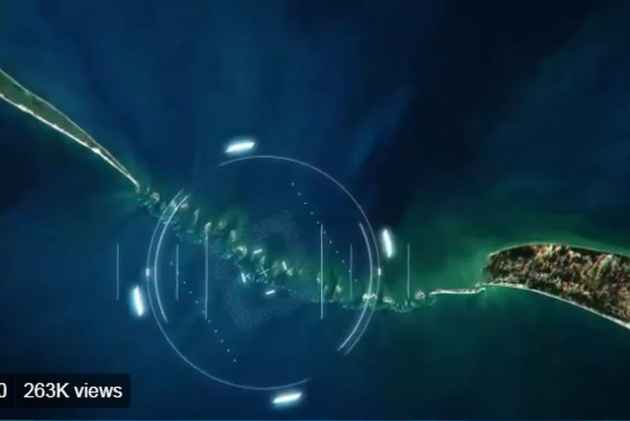 A new TV show by the Science Channel owned by Discovery Communications  claims that a scientific investigation into the structures forming Ram Setu, also called Adam’s Bridge, suggests that the ancient Hindu myth of Lord Ram building such a bridge could be true.

The show has used satellite images from NASA and quotes scientists and geologists from Indiana University Northwest, University of Colorado Boulder, and Southern Oregon University.

Ram Setu, between Pamban Island near Rameshwaram in India and Mannar Island off Sri Lanka is 50km long and has been in the centre of a controversy since the UPA-1 government in 2005 proposed the Sethusamudram shipping canal project that would have required dredging the area. The project was opposed by the BJP-led NDA citing the mythological importance of the bridge. It is believed that Ram Setu is the bridge built by Lord Ram with the help of a vanara sena to reach Sri Lanka to rescue his wife Sita from the Rakshasa king, Ravana.

The UPA-I government had initially filed an affidavit in Supreme Court saying there was no evidence to prove that Ram Setu was a place of worship. It was later withdrawn.

The TV show, aired on Wednesday morning, says that the stone in the satellite image are sitting on something the oceanographers call a shoal or sandbar. This sand bar may be natural but what is sitting on top of it is not, it says.

Are the ancient Hindu myths of a land bridge connecting India and Sri Lanka true? Scientific analysis suggests they are. #WhatonEarth pic.twitter.com/EKcoGzlEET

“The rocks on top of the sand actually predate the sand, so there is more to this story,” said Chelsea Rose, historical archaeologist and adjunct faculty member at Southern Oregon University.

“This isn’t simple sandbar, there are objects that haven’t been eroded away,” says a scientist.

“There are stone that have been brought from far and set on top of the sand bar in the island chain. How these stones got here is a mystery. These results suggest the structure in the satellite image is not natural but built by humans. Some scholars believe the ancient text referred to a time 5000 years ago. At this point in history, building such a long bridge would have been a super human achievement,” the show says.

The TV show assumes significance as the NDA government is expected to file an affidavit against the Sethusamudram shipping canal project in the Supreme Court later this month. Union minister Smriti Irani has already taken note of the show. Sharing the show’s promo video on Twitter, the minister said, “Jai Sri Ram.”

'Surprised And Deeply Disappointed': India Reacts To US Decision To Go Back On Its Commitment For Food Security At WTO Meet