The collaboration, termed 'Bhuban Yoga' will help get a sense of the number of people performing Yoga in open fields across the country from 7am and 8 am. 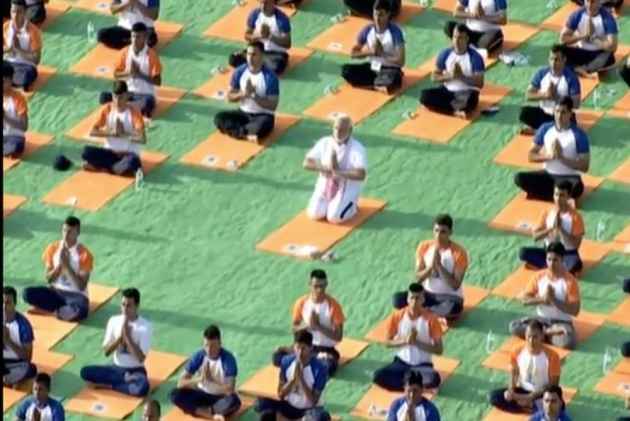 Premier space agency, Indian Space Research Organisation (ISRO), in collaboration with the government, will use satellite imagery to get an estimate of people performing Yoga in various events across the country, on Thursday.

The collaboration, termed 'Bhuban Yoga' will help get a sense of the number of people performing Yoga in open fields across the country from 7am and 8 am, on the ocassion of the fourth International Yoga Day.

“ISRO will help us in mapping the event participation between 7am and 8am from across the country using their satellite. The satellite will give us real time information about more than 5,000 open grounds across India ,”  Rajesh Kotecha, special secretary, Ayush told Outlook.

According to the Ayush (Ayurveda, Yoga and Naturopathy, Unani, Siddha and Homoeopathy) ministry, there are almost 5,000 open fields/grounds where people across the country are expected to have gathered to perform Yoga.

READ ALSO:  From Dehradun To Dublin, All Have Embraced Yoga: PM Modi

Addressing the large gathering in the backdrop of the iconic British-era building of FRI, Modi said yoga has shown the world the way from "illness to wellness" and enriching lives across the globe.

"Dehradun to Dublin, Shanghai to Chicago, Jakarta to Johannesburg, Himalayan highlands or sunburnt deserts, Yoga is enriching millions of lives all over the world," he was quoted as saying.

Since its inception in 2015, the International Day Yoga main event has taken place in Delhi, Chandigarh and Lucknow. Shripad Yesso Naik, Ayush minister, said the venue this year has significance, with Uttarakhand being the "peeth of Yog"