The prime minister was addressing students on Swami Vivekananda's birthday, which is celebrated as National Youth Day. 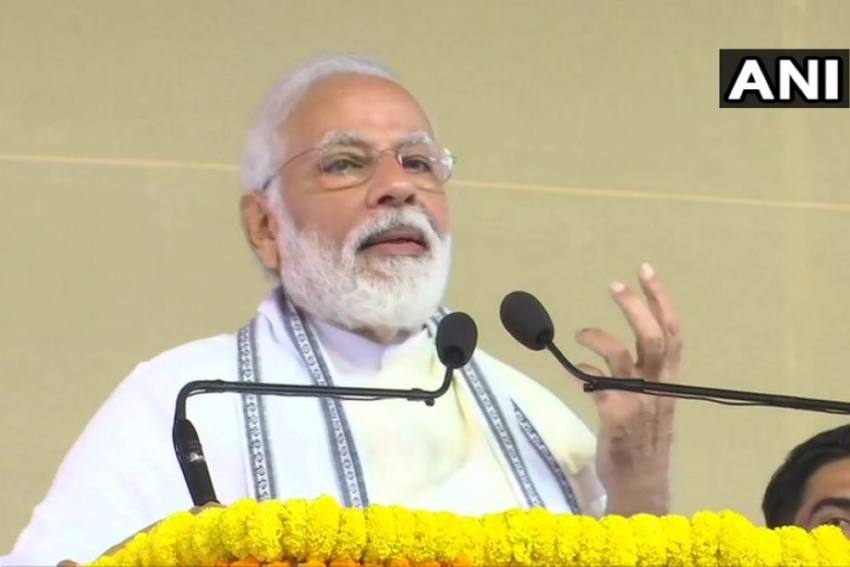 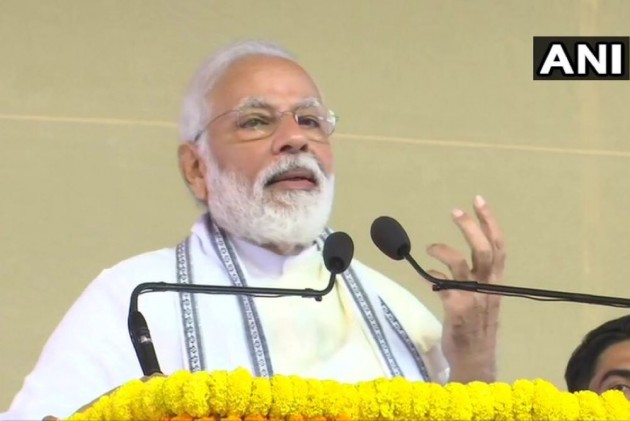 Prime Minister Narendra Modi on Sunday said the disagreement over the newly amended Citizenship law in India has made the world take notice of persecution of minorities in Pakistan, which now has to answer for its "acts of oppression".

"Had we not amended the citizenship law, this 'vivaad' (dispute) would not have arisen. Had this dispute not arisen, the world would not have known the kind of atrocities that were perpetrated on the (religious) minorities in Pakistan.

"....how human rights have been violated. How the lives of our sisters and daughters were ruined. It's the result of our initiative that Pakistan will have to answer for its acts of oppression against the minorities there," he told a gathering at Belur Math, the headquarters of Ramakrishna Mission.

Modi, on the second day of his visit to Kolkata, accused the opposition of spreading misinformation about the CAA.

He deplored that a section of the youth is being "misguided" over the Citizenship (Amendment) Act, which is aimed at giving and not taking away anybody's citizenship rights.

"The youth are being misguided by rumours on new citizenship law," he said in a veiled attack on CM Mamata Banerjee who has been leading protests against the Citizenship Act and NRC. She also asked the PM to withdraw the bill when they met for a brief meeting on Saturday.

"I want to make it clear again that the new citizenship law is not about taking away anybody's citizenship," the prime minister asserted.

The prime minister spent the night at Belur Math and paid tributes to Swami Vivekananda on Sunday morning. Vivekananda's birth anniversary is also celebrated as National Youth Day, for which PM Modi was addressing students.

"Our initiative to amend the citizenship act has created a dispute. It is the result of our initiative that Pakistan will now have to answer why they have been persecuting minorities for the last 70 years. Human rights have been demolished in Pakistan," he said.

He said the citizenship law was only "changed a little" for those who were ill-treated in Pakisan after Partition.

"Young people have understood the whole thing but those who want to indulge in politics over it will not," Modi said as he addressed young students.

Ahead of his speech, the prime minister expressed on Twitter that it was not same at the Belur Math in the absence of late Swami Atmasthananda.

He had an old relationship with Swami Atmasthananda and the Ramkrishna Mission. Whenever Modi used to visit Kolkata, even during his days as Gujarat chief minister, he would travel to the Math.

The prime minister's stay in the city continued to be met with anti-CAA protests.

Students, mostly affiliated to the Congress and the Left parties, continued protests for
the second consecutive day on Sunday. Some of them were also detained by the police.

Activists, who hit the streets on Saturday with placards that read 'Modi go back' and 'Down with BJP', continued their sit-in all night at Esplanade area in the state capital, insisting that their agitation would continue till the prime minister leaves the city.