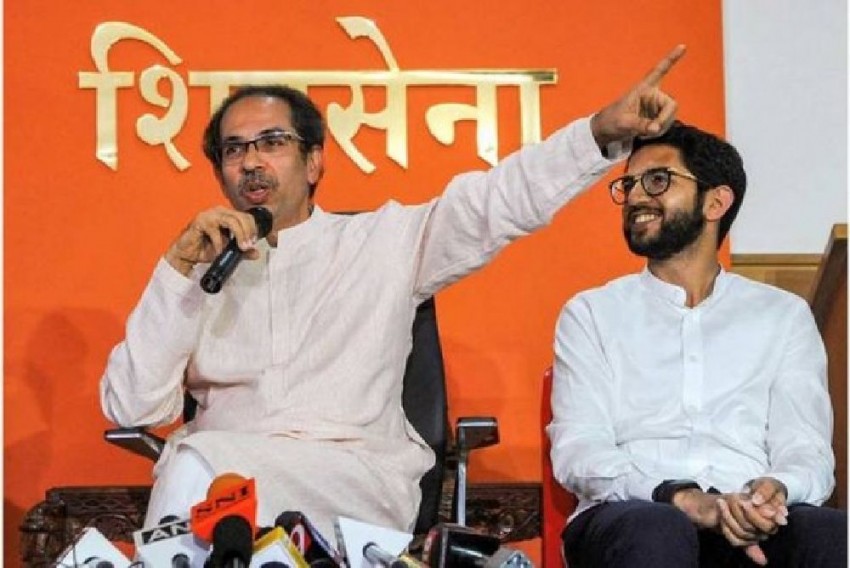 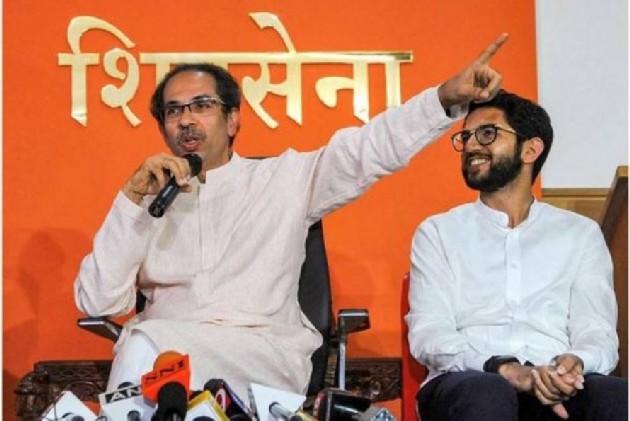 Shiv Sena on Tuesday hit out at former ally BJP for removing them from the National Democratic Alliance (NDA) and making their MPs sit in the opposition side in both houses of the Parliament.

On Sunday, Union parliamentary affairs minister Pralhad Joshi had said that Shiv Sena MPs are being allotted seats in the opposition side in both houses of Parliament after its lone MP Arvind Sawant in the Union council of ministers resigned.

In its mouthpiece Saamna, Shiv Sena said, "BJP leader Pralhad Joshi has announced Shiv Sena's removal from the NDA after it allied with Congress and the NCP in Maharashtra to form the government in the state. The Shiv Sena MPs were allotted seats on the opposition side in both houses of parliament. Those in the BJP who took this decision do not know about work done by Shiv Sena."

"When the BJP came into existence no party used to support it. When NDA was formed many leaders who are now holding posts in the present government were not holding any posts then and some of them were not even born," the editorial said.

Shiv Sena said it supported Hindutva at a time when "nobody touched it… when many of you were not even born”.

Sena said it would "uproot" the BJP as the latter had dared to "challenge us", claiming the ruling party's "leaders were kids" when Sena's support helped form the NDA.

Sena said, "Muhammad of Ghor, said to have laid the foundation of Islamic rule in India, fought several battles with Hindu king Prithviraj Chauhan and the latter always spared him (after defeat). But when the invader won a battle, he killed Prithviraj Chauhan."

"Even in Maharashtra, the Shiv Sena has spared such ungrateful people several times and now they are trying to back-stab us," the editorial said, without mentioning the BJP by name.

The party pointed out that the date chosen to move the Sena to the opposition benches coincided with the seventh death anniversary of party founder Bal Thackeray.

"This haste will result in some serious accident for sure," the editorial warned.

"It is the beginning of the end of politics of arrogance. We promise you we will uproot you one day as you have challenged us. The heads of the party (BJP) today would have been kids when the Sena supported the BJP to form the National Democratic Alliance," it said.

The tirade continued with the editorial questioning whether the BJP had sought permission from the NDA before allying with Mehbooba Mufti's PDP in Jammu and Kashmir earlier or with Nitish Kumar's JD(U), despite it being well known that the Bihar chief minister had severely criticised Prime Minister Narendra Modi

Shiv Sena said, "When NDA was formed, the important decisions were taken only after meeting the alliance partners under the leadership of George Fernandes and Lal Krishna Advani. We ask who is the leader of the NDA now?"

The editorial further questioned whether or not the decision to remove the party from the NDA was taken in a meeting with the alliance partners.

"Whatever has happened, it has exposed those who were against the Shiv Sena. These people took the occasion of the death anniversary of Balasaheb Thackeray to make the announcement of the removal of Shiv Sena from the NDA," the editorial said.

BJP, which emerged as the single largest party, could not stake claim to form a government as its ally Shiv Sena remained firm on rotating the Chief Minister's post and equal sharing of Cabinet berths. The Shiv Sena is now in parleys with the Congress and the NCP to form a government in the state. The BJP won 105 seats in the 288-member assembly followed by Shiv Sena 56, NCP 54 and Congress 44.