Home  »  Website  »  National  »  Would Have Eliminated Terror Camps In Balakot Sitting In India, If...: Rajnath Singh

Would Have Eliminated Terror Camps In Balakot Sitting In India, If...: Rajnath Singh

The defence minister was in Haryana, campaigning for the saffron party, which is determined to return to power under chief minister Manohar Lal Khattar. 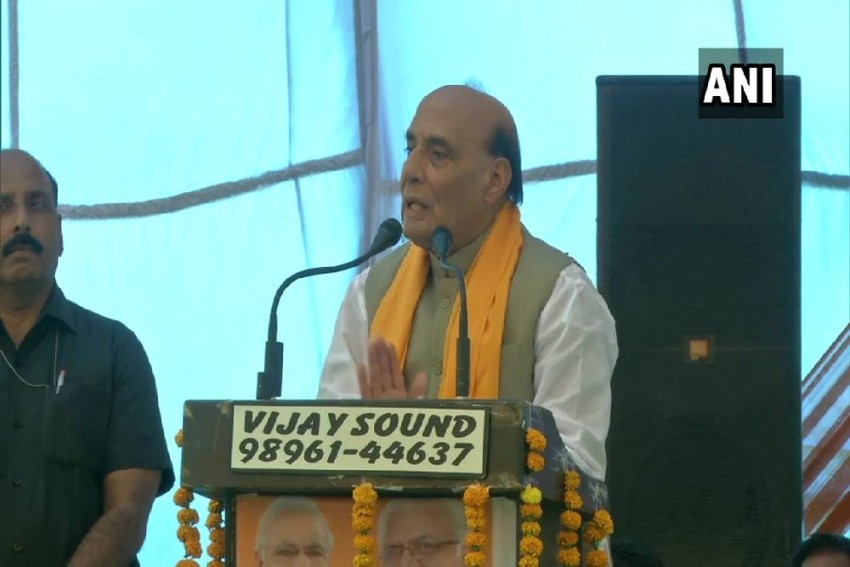 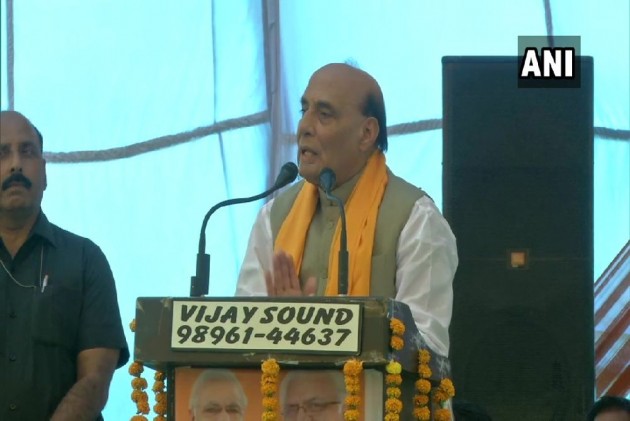 Defence Minister Rajnath Singh on Sunday launched a scathing attack on Congress, the grand old party's criticism of him for offering prayers at the time of delivery of the first batch of Rafale fighters in France was uncalled for and only strengthened Pakistan.

"I wrote 'Om' on a fighter plane (Rafale) and tied a 'raksha bandhan' to it. Congress leaders started a controversy here," he said.

Singh said Congress, instead of celebrating the moment, started criticising, which strengthens Pakistan.

"If we had Rafale fighter aircraft with us, I think we need not have gone to Pakistan for Balakot airstrike. We could have eliminated terror camps there, even while sitting in India," he was quoted as saying by news agency ANI.

The defence minister was in Haryana, campaigning for the saffron party, which is determined to return to power.

"I can say that unlike the previous CMs of Haryana -- be it a CM of Congress or of INLD who used to run their govt from Delhi and not from Haryana -- CM Manohar Lal Khattar runs the govt by working from the grass-root level."

On Sunday, the BJP released its manifesto for the state, promising a collateral-free loan of up to Rs 3 lakh to the people belonging to the Scheduled Caste community, and interest-free crop loans to farmers.

“It is a commitment paper and it is a serious and studied document. A lot of effort has gone into its preparation. This is a pragmatic and practical paper,” BJP national working president J P Nadda said while addressing the media here.

“This commitment paper represents all sections of the society. Its focus is on addressing a person sitting on the last pedestal,” he said.