The court has listed the matter for further hearing next week. 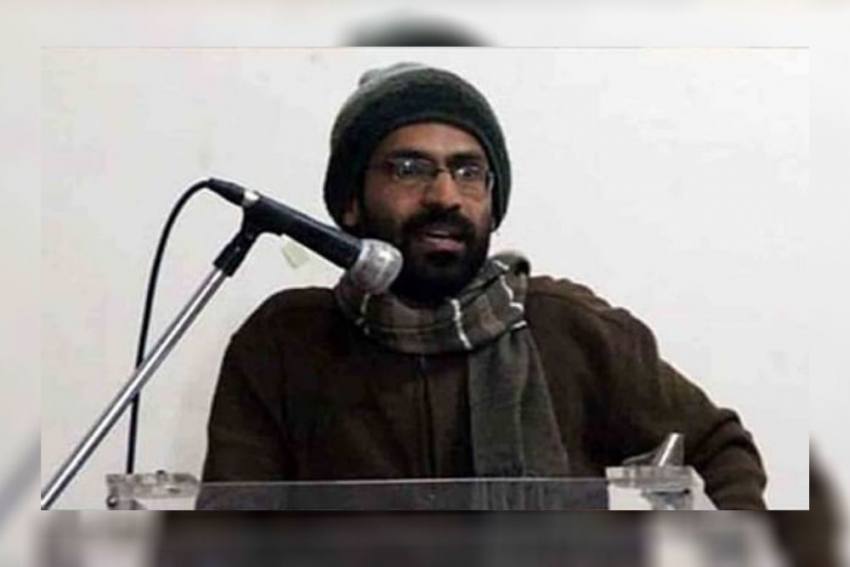 Kerala journalist Siddique Kappan was going to Hathras under the “garb of journalism” with a “very determined design” to create caste divide and disturb law and order, the Uttar Pradesh government said in the Supreme Court on Friday.

In an affidavit filed in the apex court, the state government has alleged that Kappan is a serving secretary of Popular Front of India (PFI) and was falsely claiming to be a journalist by using the identity card of a Kerela-based newspaper which was closed in 2018.

Opposing the plea filed by Kerala Union of Working Journalists (KUWJ) questioning Kappan's arrest and seeking his bail, the state said, “It was revealed during investigation that he along with other PFI activists and their student wing (Campus Front of India) leaders were going to Hathras under the garb of Journalism with a very determined design to create a caste divide and disturb law and order situation were found carrying incriminating material."

The matter came up for hearing before a bench of Chief Justice S.A. Bobde and Justices A.S. Bopanna and V Ramasubramanian. Solicitor General Tushar Mehta, appearing for Uttar Pradesh, said the state government has filed an affidavit with regards to the case.

Meanwhile, the bench hearing the issue, headed by Chief Justice SA Bobde raised concerns over media reporting of Kappan’s detention. “Last time there was misreporting. I am worried about the inaccurate reporting,” the CJI said, adding, “The reports said that the journalist was refused relief”.

The bench asked senior advocate Kapil Sibal, who was appearing for KUWJ, to go through the reply filed by Uttar Pradesh and file rejoinder. “You have the right to file bail and you read the reply and then we will hear you completely,” the bench said.

The bench said the state has no objection to an advocate approaching the accused to get his signature for availing judicial relief. “List after one week. In the meantime, the accused person's signature can be obtained in jail for taking recourse in courts,” the bench said.

Sibal said that lawyers were earlier restrained from approaching Kappan to get his signature. Mehta countered Sibal’s contention and said they were neither stopped earlier and nor there is any opposition on this.

Kappan was arrested on October 5 while he was on his way to Hathras, to report the alleged gang-rape and murder of a 19-year-old Dalit woman.

Police authorities said they arrested four people having links with the PFI in Mathura and identified the arrested persons as Siddique Kappan from Malappuram, Atiq-ur Rehman from Muzaffarnagar, Masood Ahmed from Bahraich and Alam from Rampur.

In its affidavit filed in the apex court, the state government has said that Kappan is not in “illegal custody/confinement” but is under judicial custody. “The petitioner has resorted to falsehood and has made several false statements on oath only to sensationalise the case which would become clear on perusal of the following facts,” the affidavit stated, filed by senior superintendent of district Jail Mathura.

It alleged when Kappan was brought by special task force (STF) to Delhi for probe, he “misled the police by giving wrong residential address which was found invalid” and he did not assist in the investigation and gave misleading details.

The affidavit also alleged that KUWJ has concealed the fact that a lawyer hired by them was appearing before the magistrate at Mathura on October 6 and had full knowledge of the time and place of production of the accused.

It said a “completely false narrative” is being made that Kappan is not being permitted to talk to relatives or lawyers as during judicial custody, he has interacted with his family members on three occasions on phone on his written request. It is pertinent to note that accused Siddique Kappan has never requested to meet any relative or any lawyer nor has file any such application before the competent court/jail authorities till date,” the UP government affidavit stated.

An FIR has been filed under various provisions of the IPC and the Unlawful Activities (Prevention) Act (UAPA) against four people including Kappan for having alleged links with PFI. PFI had been accused in the past of funding protests against the Citizenship Amendment Act across the country earlier this year.

The court has listed the matter for further hearing next week.