Talking about India's fight against the coronavirus pandemic, PM Modi said the country is among the nations with the lowest fatality rate and the highest recovery rate. 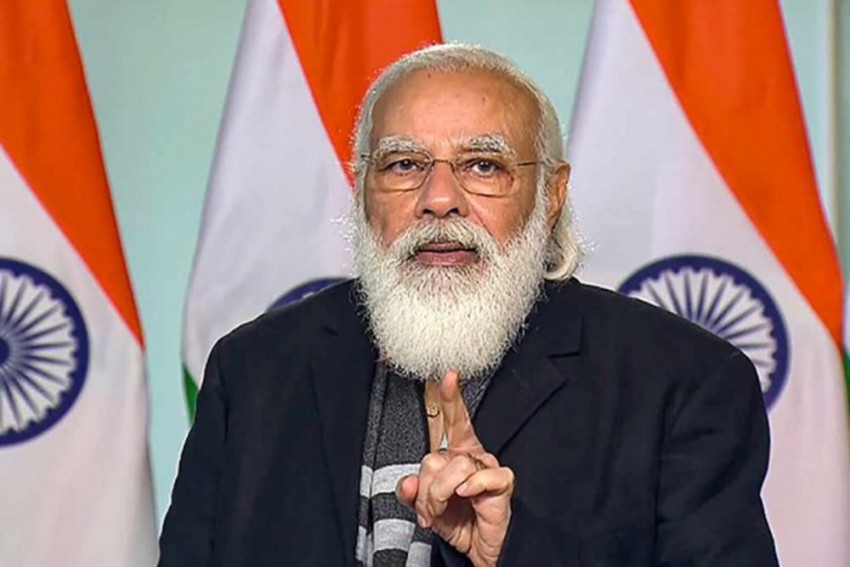 Recognising India's importance in the field of pharmacy, Prime Minister Narendra Modi said that the country is ready to "protect" humanity.

PM Modi highlighted that two Indian firms have produced vaccines against novel coronavirus and asserted that the world is not only waiting for them but also watching as to how the nation runs the globe's biggest vaccination programme.

In his address at the inauguration of the 16th Pravasi Bharatiya Divas (PBD) Convention, Modi also said that if democracy is most strong, vibrant and lively anywhere in the world, it is in India despite the grim forecasts about its survival in the country at the time of independence.

Explained: What Is A Vaccine And Why Does It Take Long To Develop One

He urged Indian diaspora to use more and more made-in-India products, saying it will inspire confidence among those living around them to use these items as well.

Indian diaspora has a crucial role in boosting 'brand India' as the country advances towards self-reliance, the prime minister said.

Talking about India's fight against the coronavirus pandemic, he said the country is among the nations with the lowest fatality rate and the highest recovery rate.

"Being the pharmacy of the world, India has supplied important medicines to all those in need in the world in the past and is also doing so now. The world is not only waiting for Indian vaccines but is also watching how India runs the world's biggest vaccination programme," he said.

Solutions prepared by India will benefit the entire world, the prime minister said, adding the country's pharma industry has shown that if the nation is capable in any field, this helps everyone.

"Be it our tech industry or the pharma industry, India has always been at the forefront of helping mitigate global challenges," he said.

Lauding the contribution of Indian diaspora to the country they live in, Modi said he spoke to a number of heads of states in recent months, and they especially noted as to how Indians, be it doctors, paramedics or other citizens, have served their society.

Modi said he felt very proud about the praise for Indian diaspora and also lauded them for their contributions to the PM-CARES Fund, which has been used to boost health infrastructure in the country.

He also urged Indian missions abroad and the diaspora to work to prepare a portal to feature those members of the immigrant Indians who had an important role in the country's freedom struggle.

He said India is using technology to defeat corruption and crores of rupees are being directly transferred to beneficiaries' bank accounts.

India has shown in the field of renewable energy that a developing country can also take the lead, he said, adding the country's mantra of ‘one sun, one world, one grid’ is appealing to the world.

"When India got Independence it was said that such a poor and under-literate country will disintegrate and democracy was impossible here. Today's truth is that India is united and if democracy is most strong, vibrant and lively anywhere in the world, it is in India," he said.

Modi told the Indian diaspora that the country always stands with them and pointed out that over 45 lakh people were rescued under the government's Vande Bharat mission during the pandemic.

Earlier, the keynote address at the 16th PBD Convention 2021 was delivered by chief guest Chandrikapersad Santokhi, the President of Suriname.

The theme of 16th PBD Convention 2021 is "Contributing to Aatmanirbhar Bharat".