With Country Under Lockdown Coronavirus, Delhi-Mumbai Couple Gets Married Over Video Call

While most couples have either called off the wedding or postponed the dates, Preet and Neet decided to think out of the box and get married over online video-calling platoform Zoom. 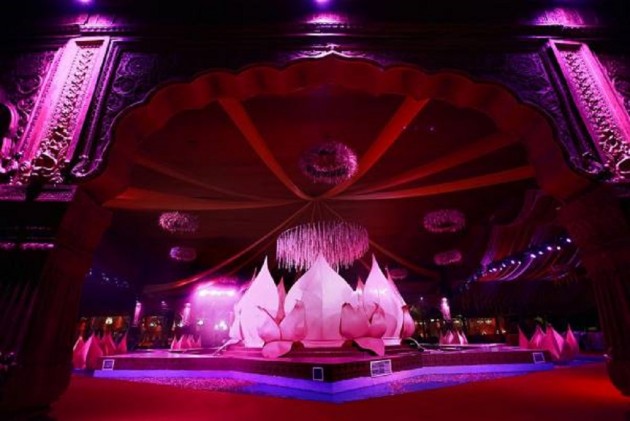 When Preet Singh, a merchant navy officer from Mumbai, met Neet Kaur, from Delhi, on the internet last year, they had no clue that they would instantly connect so well. They had never thought that over the next one year, they would become best friends and get married exactly where they had met, the internet.

With India currently under a 21-day lockdown due to the coronavirus pandemic, Preet and Neet could not get married at a gurudwara in the traditional way. While most couples have either called off the wedding or postponed the dates, Preet and Neet decided to think out of the box and get married over online video-calling platoform Zoom. They held a small ceremony in the presence of around 50 friends and family, who also joined the ceremony using Zoom.

"Our relationship has been nothing short of an adventure. Neet was the first to get down on one knee and pop the question but I told her I needed more time. Once I made up my mind, she got a mind-blowing surprise when I took her to a gorgeous restaurant, got down on one knee with a ring in my hand and proposed to her. Coincidentally, on the same day, she surprised me by gifting me a jar full of 100 hand-written notes of reasons why she loves me. So it wasn't surprising that our wedding too had to happen in a unique way," Preet Singh was quoted as saying by NDTV.

The idea to get married over the internet first came to Preet. "I do not have the privilege of working from home. In a few months, once things start to improve, I will have to return to work which ruled out the possibility of postponing the wedding. We wanted to stick to our date of April 4. So we decided to just go ahead with the plan and also, I wanted to set an example of social distancing in times of a lockdown," he told NDTV.

The bride, Neet, too, was thrilled with the idea, says Preet. "Luckily, she was able to do a small mehendi and bangle ceremony at her home just before the lockdown which was enough to make her feel like a bride. Getting married was more important to her than all the other ceremonies. After all, where there is will, there is a way," he says.