Of the 515 fresh cases reported, 482 are returnees from other states, mostly (about 471) from neighboring Maharashtra. 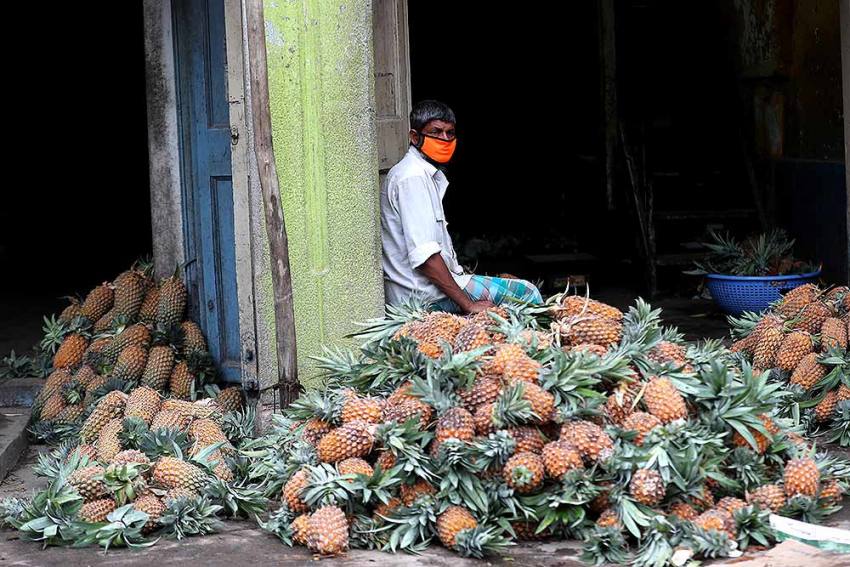 A trader wearing a face mask waits for buyers next to a pile of pineapples at a wholesale fruit market in Bengaluru.
PTI Photo
PTI June 05, 2020 00:00 IST With 515 Infections In 24 Hrs, Karnataka Records Biggest Single-day Jump In Coronavirus Cases 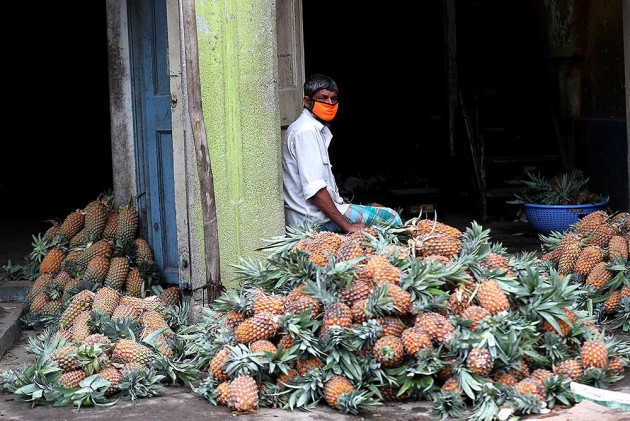 Karnataka registered its highest single-day spike of more than 500 new COVID-19 cases, taking the total number of infections in the state to 4,835, the health department said on Friday.

The previous biggest single-day spurt was recorded on June 2 with 388 cases.

Of the 515 fresh cases reported, 482 are returnees from other states, mostly (about 471) from neighboring Maharashtra.

Udupi district saw a major spike with over 200 cases today and the total tally of the district breaching seven hundred cases mark, to stand at 768.

As of June 5 evening, cumulatively 4,835 COVID-19 positive cases have been confirmed in the state, which includes 57 deaths and 1,688 discharges, the department said in its bulletin.

It said, out of 3,088 active cases, 3,075 patients are in isolation at designated hospitals and are stable, while 13 are in ICU.

The new cases include 471 from Maharashtra, three from Delhi, two each from Andhra Pradesh, Telangana and Haryana, and one from Tamil Nadu.

While one is with international travel history from Indonesia.

Remaining cases include- contacts of patients earlier tested positive, those from containment zones, those who travelled from other districts, and the ones whose contact history is still being traced.

Among the districts where new cases were reported, Udupi accounts for 204 cases, followed by 74 from Yadgir, Vijayapura 53, Kalaburagi 42, Bidar 39, Belagavi 36, Mandya 13, Bengaluru Rural 12, Bengaluru Urban 10, Dakshina Kannada 8, Uttara Kannada 7, three each from Hassan, Dharwad and Chikkaballapura, two each from Ramanagara and Haveri, and one
each from Davangere, Bagalkote, Ballari and Kolar.

Udupi district tops the list of positive cases, with a total of 768 infections, followed by Kalaburagi 552 and Bengaluru urban 434.

Among discharges, Bengaluru urban still tops the list with total 271 discharges, followed by Davangere 147 and Mandya 146.

'This Is What Failed Lockdown Looks Like': Rahul Compares India's COVID-19 Graph To Other Countries