The two MLAs supported the ruling Congress in the state in last month’s Rajya Sabha polls. But when the power tussle between Gehlot and his now sacked deputy Sachin Pilot re-surfaced recently, the BTP said it will remain neutral. 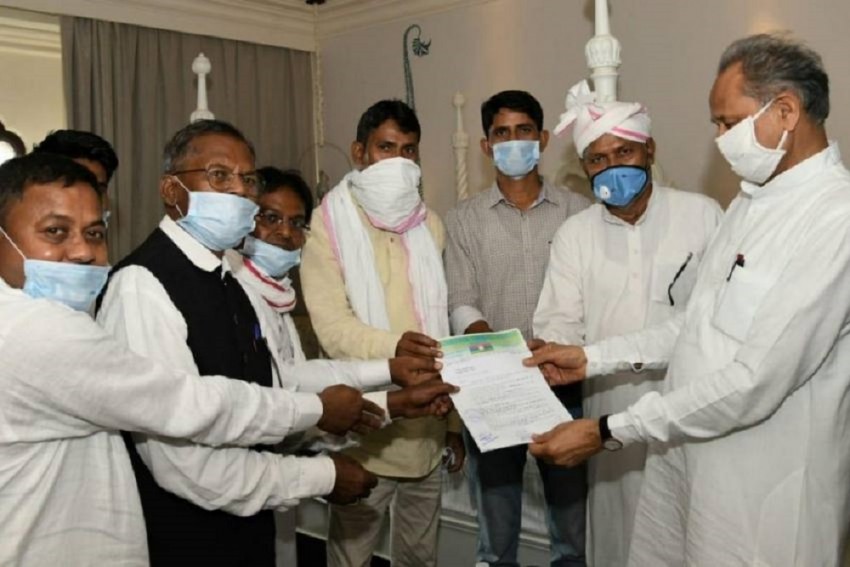 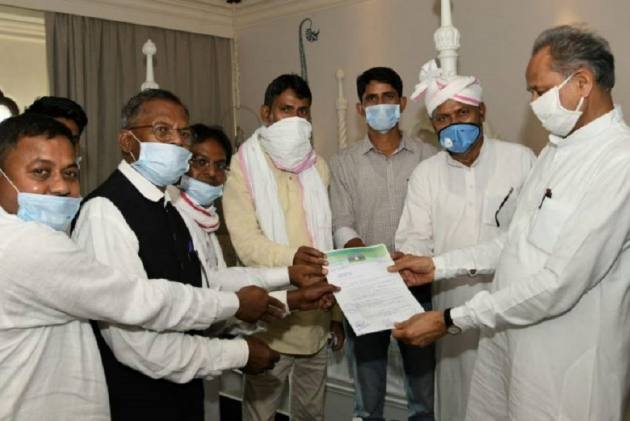 As the Ashok Gehlot government struggles to retain power in Rajasthan, the Bhartiya Tribal Party says it is now in a position to punch way above its weight despite its miniscule presence in the state assembly.

“We have two MLAs in a House of 200, yet we are in the position of kingmakers,” party president Maheshbhai C Vasava said on Sunday.

At a joint press conference with the Congress on Saturday, BTP legislators Rajkumar Roat and Ramprasad Dindor made it clear that they are with Chief Minister Ashok Gehlot.

This ended days of uncertainty over where the Gujarat-based party’s loyalties lie.

The two MLAs supported the ruling Congress in the state in last month’s Rajya Sabha polls. But when the power tussle between Gehlot and his now sacked deputy Sachin Pilot re-surfaced recently, the BTP said it will remain neutral.

Vasava said the party is now extending support to Gehlot after an assurance that its demands related to the development of tribal areas will be met.

“We have fought against the Congress and the BJP on tribal issues but if the government now assures full support on the issues raised by us, why shouldn’t we support it? After all it is fulfilling the agenda of tribal welfare and development,” he said.

When the crisis began last week, Vasava issued a whip directing both Roat and Dindor not to support any leader or party in case there is a floor test in the assembly.

However, Sagwara MLA Ramprasad Dindor expressed defiance of the whip, saying both of them will support the state government.

Later, party office-bearers and the MLAs held discussions with the chief minister on their demands.

“We had supported the Congress government in the Rajya Sabha elections last month after an assurance by the chief minister on our demands,” Chorasi MLA Roat said.

“But the demands were not fulfilled. Some of them could have been met in just one day,” he complained.

The party then thought of not extending support to him, the MLA said.

Last week, Roat appeared in two video clips, alleging that he was being stopped by Rajasthan police from travelling to his constituency in Dungarpur district.

He claimed that police personnel had come in two vans and taken away his car keys. He also alleged that some people were forcing him to come with them.

The videos were circulated by the Sachin Pilot camp and the BJP had questioned the state government over them.

But Raut later dismissed the episode as a “misunderstanding” with police. He said the party’s agenda is development of tribal areas and they have raised 17 demands before the CM.

Some of the demands are related to reservation in jobs and the utilisation of funds for tribal areas.

The BTP came into being in 2017 in Gujarat, and expanded into Rajasthan the next year.

In the December 2018 assembly elections, it fielded 11 candidates in the tribal belt in southern Rajasthan. Raot was 26 when he won and most other candidates too were young.

“The youth are our power. Today's youth is educated, understands issues and understands how the tribal people were deprived of their rights. We fielded many young candidates and the party's performance was very good,” BTP state president Velaram Ghoghra said.

The crisis in Rajasthan Congress has been brewing since the party picked Gehlot over Pilot for the chief minister’s post. Pilot was sacked as deputy chief minister and the party’s state unit president when he and 18 other MLAs stayed away from two Congress Legislature Party meetings.

The rebel MLAs were served notices by Speaker C P Joshi after the Congress sought their disqualification from the assembly. The Rajasthan High Court will on Monday resume hearing their petition challenging the notices.

Including the dissidents, the Congress has 107 MLAs in the 200-member assembly and the BJP 72.

If the 19 Congress dissidents are disqualified, the current strength of the state assembly will reduce to 181, slashing the half-way mark to 91 and making it easier for Gehlot to retain majority support.

In the past, the ruling party has claimed the support of 13 independents, two MLAs each from the CPM and the BTP), and one from the Rashtriya Lok Dal (RLD).

Brief Session Of Rajasthan Assembly May Be Held This Week: Report