Rajasthan Crisis Deepens: From Ashok Gehlot Vs Sachin Pilot To Congress Vs BJP 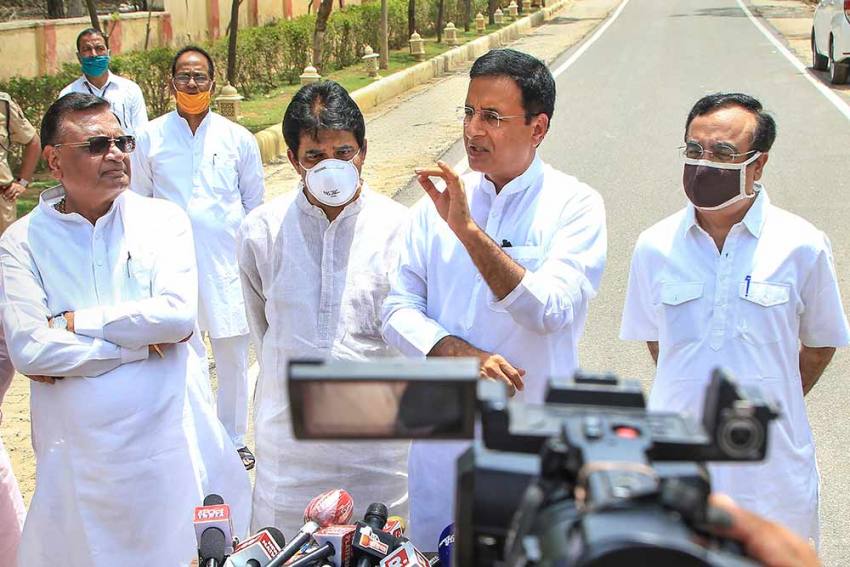 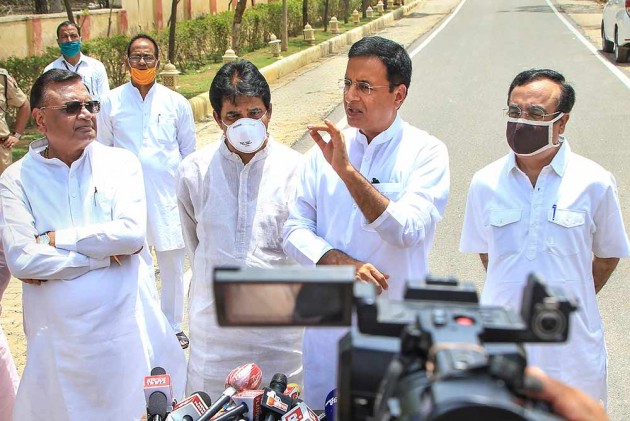 Amid an intensifying political storm in Rajasthan, the Congress on Sunday asked Union minister Gajendra Singh Shekhawat to give his voice sample to end row over the audio clips that purportedly contain conversations on toppling the Ashok Gedlot-led government.

"Now that Gajendra Singh Shekhawat has been named in the FIR and his voice recognised in the audiotape, why is holding the post of Union Minister? Congress demands that either he resigns or he is removed so that he can't influence the probe," Congress leader Ajay Maken said.

He asked Shekhawat to provide his voice sample as the Union minister has dismissed the allegation of his voice being in the controversial audio clips.

Training his gun on the BJP, Maken said, "It is betrayal of people's mandate and murder of democracy if an elected government is toppled with money power."

He also asked why Rajasthan police was stopped by the BJP-led Haryana government from taking voice samples of Bhanwarlal Sharma and Vishvendra Singh in connection with the investigation into the audio clips.

The Special Operation Group of Rajasthan Police had to return empty-handed on Saturday from Manesar resort where dissident Sachin Pilot-led dissident MLAs were camping since the weekend. The Pilot camp was reportedly not present there when the police entered into the fancy hotel. The special police team had gone to meet the rebel MLAs as part of its investigation into two audio clips which allegedly indicate a plot to bring down the Congress government in Rajasthan.

There was little news of the Pilot camp. While the former PCC chief was silent, there was little information of the whereabouts of him or the MLAs who had mounted a rebellion with him.

"If BJP has no role, then why Centre, Haryana govt, ED, IT dept giving security to rebel Congress MLAs," Maken asked.

The Congress leader further said the BJP was giving threat of CBI action to save its leaders as the saffron party has called for an investigation by the central probe agency into alleged phone-tapping of political leaders in the state.

On Saturday, BJP spokesperson Sambit Patra asked if the Congress government in Rajasthan had resorted to "unconstitutional" methods to tap phones of politicians and demanded a CBI probe into what he called a "saga of illegalities and concocted lies".  His counterpart in the Congress Pawan Khera hit back, telling reporters that the demand for a CBI probe into the audio tapes shows a conspiracy to topple the Gehlot government and amounts to an “admission of guilt" by the BJP.

Meanwhile, breaking her silence on the raging political strife in the state, former chief minister and senior BJP leader Vasundhara Raje alleged that some people were trying to create confusion on the political developments and insisted she stands with her party and its ideology.   Raje, who has been conspicuous by her silence, said that it is unfortunate that the people of Rajasthan are paying for the discord within the Congress.

As the question mark over the survival of the Congress government in the desert state looms large, two audio clips remain at the centre of the political crisis with attention shifting, even if momentarily, from the Congress’ internecine Gehlot vs Sachin Pilot feud to its battle with the BJP.

Rajasthan Police's Anti-Corruption Bureau registered a case under the Prevention of Corruption Act in connection with the two clips of conversations purportedly regarding a "conspiracy" to topple Gehlot’s rule -- thrown into instability by rebel MLAs led by Pilot.

ACB Director General Alok Tripathi said it had registered an FIR on a complaint by Chief Whip Mahesh Joshi. The FIR mentions details of conversations of (rebel MLA) Bhanwarlal Sharma with Gajendra Singh (Congress claims it is a reference to Union minister Gajendra Singh)  and a third man called Sanjay Jain.

The Congress alleges that Jain, whose name had surfaced in the audio recording about horse-trading of legislators, is a BJP leader but the saffron party rejects the allegation, saying it has no connection with him. Jain, who was arrested on Friday night, has been remanded to four days of police custody.

With the party split between Gehlot and Pilot, who was sacked as deputy chief minister earlier this week and has the support of 18 MLAs, speculation is rife that the Congress may seek floor test in the state Assembly.

Congress leader Maken in the press conference said, "The decision on when and how the floor test will happen, it has to be taken by the chief minister and the government. It is the CM's discretion to move forward when required and if it is required."

The court resumes hearing on the disqualification notices on Monday and Speaker C P Joshi will not take any action on the issue till 5.30 pm on Tuesday.