After a marathon meeting between Congress and NCP, leaders of both parties say they are confident of ending the President's rule. 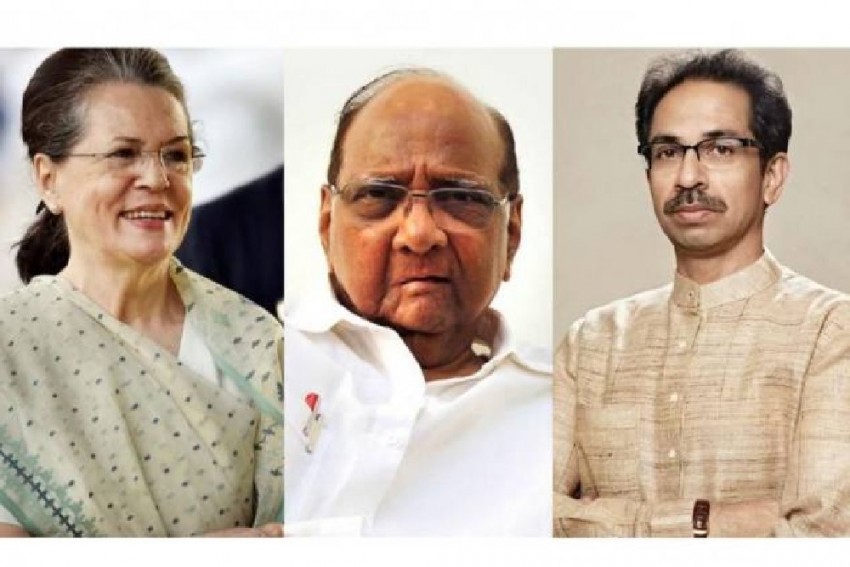 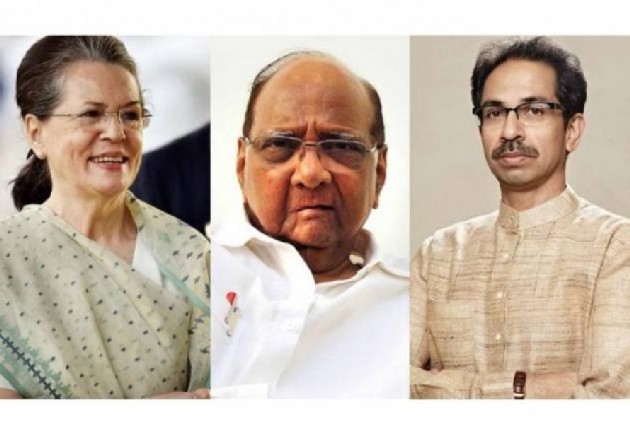 The Congress-NCP alliance on Wednesday gave its most categorical indication about joining hands with arch-rival Shiv Sena to form the Maharashtra government.

Former chief minister and Congress leader Prithviraj Chavan expressed confidence that they will soon form a "stable" government in the state after a marathon meeting of senior leaders of the two parties in New Delhi.

While the Congress leader hoped that political uncertainty will soon end in Maharashtra, NCP spokesperson Nawab Malik was unambiguous about the need to join hands with the Sena, asserting that a government cannot be formed in the state without the three parties coming together.

This is the most emphatic public statement by the Congress-NCP combine about their intent to join hands with the Sena to form government.

Speaking to reporters after a marathon meeting at NCP supremo Sharad Pawar's residence in the national capital, both leaders said the current spell of President's rule in the state has brought the administration to a standstill, and the two parties are confident of ending this.

The announcement, which is likely to end uncertainty over whether the Congress will back the Sena or not amid reports of opposition to such an alliance by a section of its leaders, came a day after Pawar met Congress president Sonia Gandhi.

Earlier in the day, Pawar had also called on Prime Minister Narendra Modi to discuss farmers' issues in Maharashtra.

Chavan, though, added that some aspects of the likely alliance are still being discussed.

"We had a long and positive discussion... We are confident that we will soon be able to give a stable government in Maharashtra," he said.

The Sena may get the post of chief minister in such a formation, sources had indicated earlier.

The state was plunged into political crisis after the Sena broke its three-decade ties with the BJP following its partner refusing to accede to its demand of sharing the chief minister's post.

The BJP and Sena, which fought the October 21 assembly polls in an alliance, had secured a comfortable majority by winning 105 and 56 seats, respectively, in the 288-member assembly.

The BJP could not stake claim to form govenrment without Sena's support. Then, the governor invited Sena to stake claim, which it could not do within the given time due to the failure to garner numbers.

The Sena then began talks with the Congress-NCP alliance and NCP was also invited to form government.

However, before the deadline given to NCP, the state went under President's rule after Governor B S Koshiyari recommended it.