Pawar refused to comment when asked about the government formation in Maharashtra. 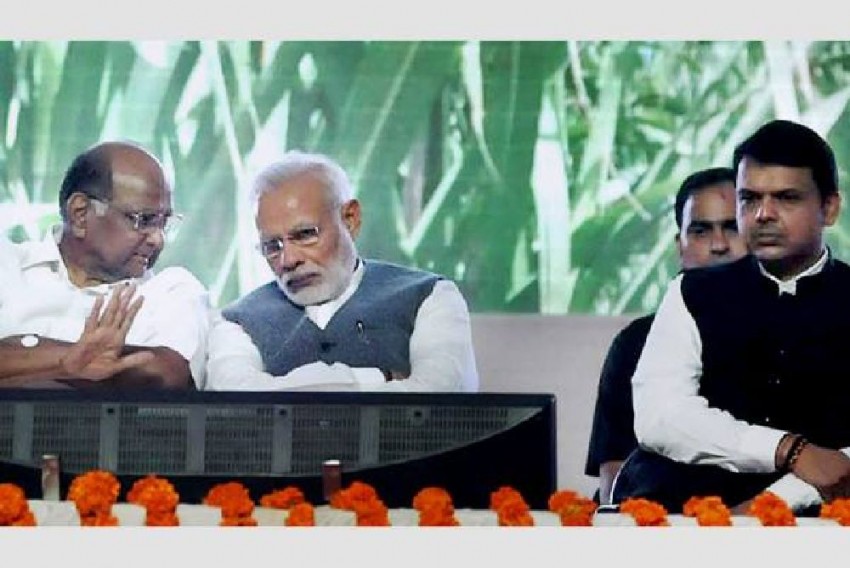 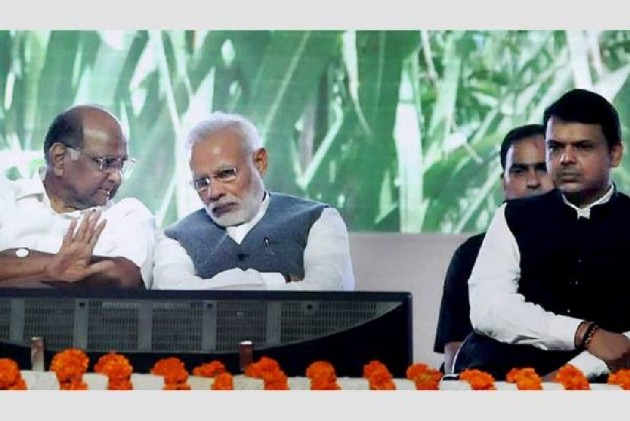 NCP chief Sharad Pawar on Wednesday met Prime Minister Narendra Modi in Parliament and apprised him about farmers' distress in Maharashtra and sought his urgent intervention in the wake of the crop damage and rising agrarian crisis in the state.

In a three-page memorandum, Pawar said in Nashik district crops like soybean, paddy, finger millet, corns, bajra and vegetables like tomato and onion were at the harvesting stage but incessant and unseasonable rains completely ruined them.

He said 44 farmers from Nashik have committed suicide in the face of the crisis in the last 10 months.

The duo is meeting two days after the prime minister praised the NCP lawmakers in the Parliament over their decision against entering the Well during the proceedings.

The meeting between PM Modi and Pawar comes on a day when NCP and Congress will hold a meeting at Sharad Pawar's residence and take a final call on government formation in the state with Shiv Sena. Congress and NCP will also finalise the Common Minimum Programme (CMP).

When asked about the government formation in Maharashtra, the NCP chief refused to comment.

Pawar has ruled out any tie-up with the BJP but said that during the meeting supporting the Shiv Sena was not discussed.