'Will Not Lie About Chinese Entering India; Don't Care If It Costs Me Politically': Rahul Gandhi

Rahul Gandhi made the comments in a video that's part of a series launched by him on the India-China face-off along the Line of Actual Control. 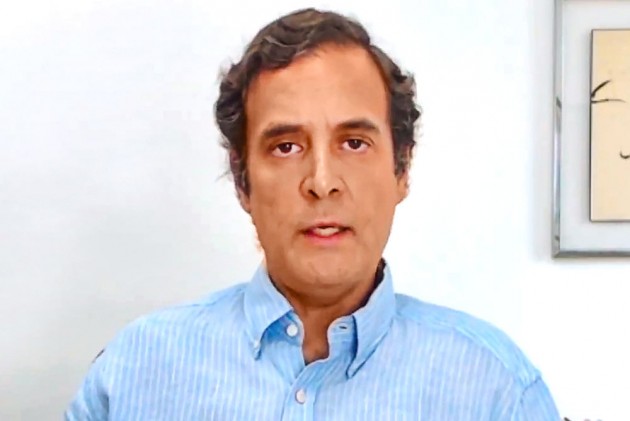 Congress leader Rahul Gandhi on Monday said he is not going to lie about Chinese transgressions in eastern Ladakh even if it costs him politically, asserting he will say the truth as far as Indian territory is concerned.

Gandhi made these remarks in a tweet, along with an over-a-minute-long video, as part of a series launched by him on the India-China face-off along the Line of Actual Control(LAC) in eastern Ladakh.

Asked in the video how he would react to people who say his questions to Prime Minister Narendra Modi on China weakened India, the former Congress chief said, "If you want me to lie that the Chinese have not entered this country, I am not going to lie. I will simply not do it. I do not care if my whole career goes to hell. I am not going to lie."

The Chinese have occupied Indian land.

Hiding the truth and allowing them to take it is anti-national.

Bringing it to people’s attention is patriotic. pic.twitter.com/H37UZaFk1x

"Hiding the truth is anti-national. Bringing it to people's attention is patriotic," Gandhi said.

Gandhi has been repeatedly attacking the prime minister and the government over Chinese transgressions on the LAC in eastern Ladakh.

"As an Indian, my number one priority is the nation and its people," he said on Monday.

The Bharatiya Janata Party (BJP) has hit back at Gandhi over his attack on the government on the Ladakh face-off, alleging he is seeking to politicise defence and foreign policy matters and "wash their past sins of 1962 and weaken India".

BJP president JP Nadda has also alleged that for years, a dynasty has been trying to destroy Modi, while adding that those who want to destroy the prime minister will only end up causing further damage to their own party.