Shivakumar says he will not question the agency's style of functioning. 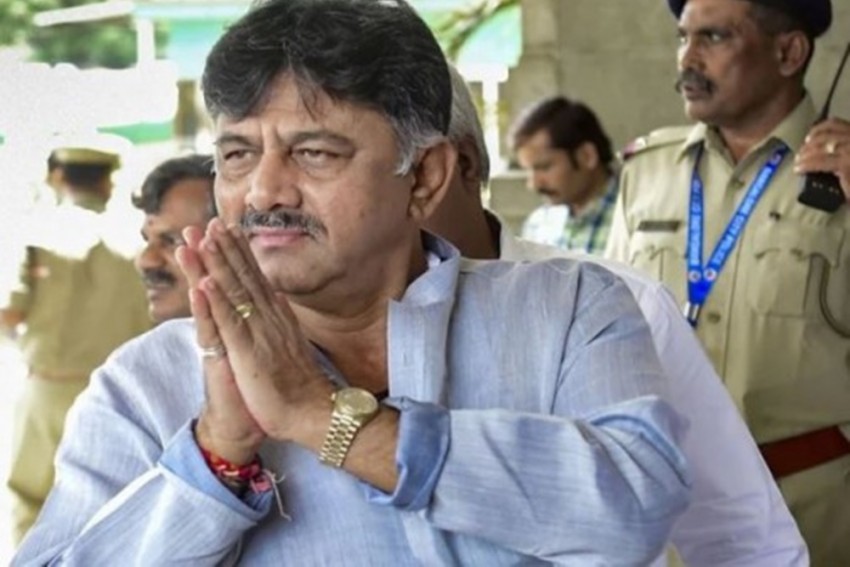 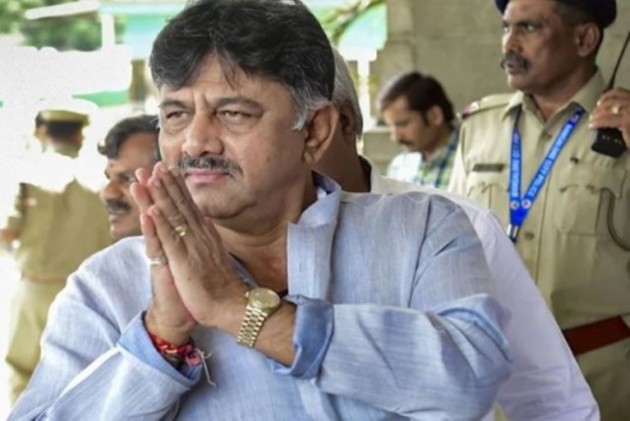 Ahead of appearing before the CBI in connection with a disproportionate assets (DA) case on Wednesday, Congress Karnataka unit president D K Shivakumar said he will cooperate with the officials of the country's premier investigating agency.

The Kanakapura MLA told his supporters that there was no need to worry and he has done nothing that will bring a bad name to them.

"On the day of my daughter's engagement, CBI had come to issue me a summon, as we were not available, so they waited and served it to me asking to appear on November 23, but as I had a pre-scheduled tour to Maski (where assembly bypoll is likely soon), I had requested for November 25," Shivakumar said.

Speaking to reporters here, he said he had planned to go and pay last respects to veteran Congress leader Ahmed Patel, but had to appear before the CBI, and would travel immediately after that.

"...as I had told them (CBI) that I will appear, it will not be right to skip.I have always cooperated with officials, even with ED and Income Tax. Now I will also cooperate with CBI," he said, as he requested his supporters not to come to the CBI office when he appears.

Responding to a question about CBI summons to him despite his claims of having shared all information to officials, Shivakumar said he will not question the agency's style of functioning.

The officials have not troubled him during raids and have only done their duty, the congress leader said.

"They (CBI) have a manual, they will go by it. I have gone through the manual...what will officials do? they go by the instructions given to them," he said, adding that he was ready to cooperate with the CBI in every way.

To a question about recent claims of political vendetta against him, Shivakumar wanted to know against which politician in the state permission was granted to the CBI to investigate in a disproportionate assets case.

".....have I taken bribe or indulged in any misuse during my tenure as Minister? What was the need to give to CBI (probe).. Yediyurappa (CM) could have got it investigated," he said.

The Advocate General too had advised the government it was not a case to be given to CBI for inquiry, and the state's Anti-Corruption Bureau could investigate, but there was pressure, he claimed.

The CBI on October 5 had conducted searches at 14 locations, including in Karnataka, Delhi and Mumbai at the premises linked to Shivakumar and others.

The investigating agency had said the searches have led to recovery of Rs 57 lakh cash and several documents, including property documents, bank related information, computer hard disk etc, and that the investigation is continuing.

The CBI had also registered a case against Shivakumar and his family members on the allegations of possession of disproportionate assets worth Rs 74.93 crore.