Why Global Conference On Media Freedom Has Triggered Controversy In India

The heated exchange at the end of the session, 'Religion and the Media: Telling the Untold Story,' between two Indians, at the conference has triggered a controversy. 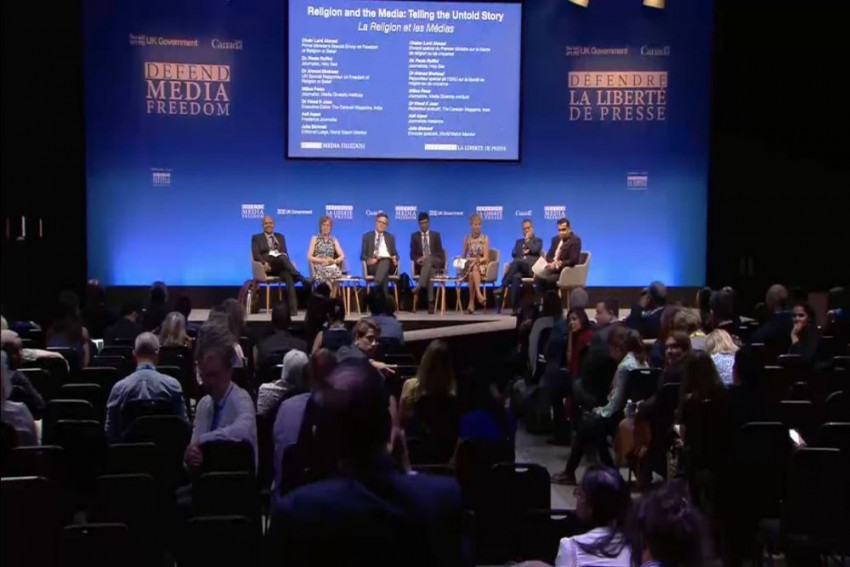 On July 10 and 11, the governments of the United Kingdom and Canada hosted the event committed to promoting press freedom across the world.
Outlook Web Bureau July 17, 2019 00:00 IST Why Global Conference On Media Freedom Has Triggered Controversy In India 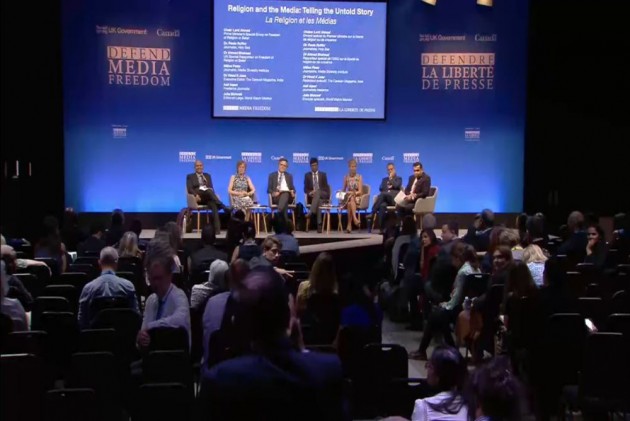 A global conference on media freedom, held last week in London, where the editors, jurists, academics journalists and diplomats from across the world, including India, gathered and conversed, has become a talking point now.

On July 10 and 11, the governments of the United Kingdom and Canada hosted the event committed to promoting press freedom across the world.

However, a heated exchange at the end of the session, “Religion and the Media: Telling the Untold Story,” between two Indians, at the conference has triggered a controversy.

Vinod K Jose, the Executive Editor of "The Caravan" magazine in India, was one of the panellists invited to share his thoughts on the aforementioned subject.

In his presentation, Jose discussed religious intolerance leading to violence against India's minorities; something the Chairman of the country's public broadcaster Prasar Bharti, Surya Prakash, took exception to and expressed disapproval of.

Surya accused Jose of making "false claims" about India and warned the attendees of "inaccuracies" in his presentation.

"I am pained by the decision of the organisers to have given a platform for such a blatantly anti-India presentation. I don't think anyone is furthering the cause of democracy by running down the most vibrant democracy in the world," he said.

Further, India's diversity was not just confined to the social space, he said, adding, "over 20 political parties govern India at the federal level and in the states, so it is wholly incorrect to state that one party runs the country".

Upon his return to India, Jose has written a letter to the organisers of the global conference, explaining how his words had been distorted and reported in the Indian media without a single person having reached out to him for his take on the exchange between him and Prakash.

Jose says Prakash had failed to "disclose that he is a senior advisor to the Vivekananda International Foundation, a think tank affiliated to the RSS,"

He further writes that what Prakash "was defending was not India, but his parent organisation."

"In trying to shield the affinity of the RSS’s founders to fascism, he acted as a spokesperson for the hatreds that the international community is committed to eradicate," he said.

"Only one claim in Mr Prakash’s outburst in London stands up as fact: that India is the world’s largest democracy," he writes.

He added that while it is true that India is home to the largest population governed under a democratic system, "beyond that number the state of the country’s democracy is cause for concern."

To back his argument, Jose cited another panellist who said that "India is one of numerous deteriorating democracies that are in denial."

Besides the "distortion" of his comments, Jose also drew the organisers' attention towards the labelling of civil-rights activists Aruna Roy and Nikhil Dey “urban Naxals”—a term synonymous with “anti-Indian” and “anti-national” in the Hindu nationalist vocabulary.

"In keeping with the spirit of the Global Conference for Media Freedom, I hope you and your office will take up these grave matters at all appropriate forums, and will let your vigilance be known to the government of India," he wrote.