Home  »  Website  »  National  »  Who Were The Indus Valley People? Long-Awaited Research Paper To Be Out Today

Who Were The Indus Valley People? Long-Awaited Research Paper To Be Out Today

In August last year, Outlook's cover story talked about the Rakhigarhi project. A year later, the findings of a long-awaited research paper will be published tomorrow in the science journal Cell. 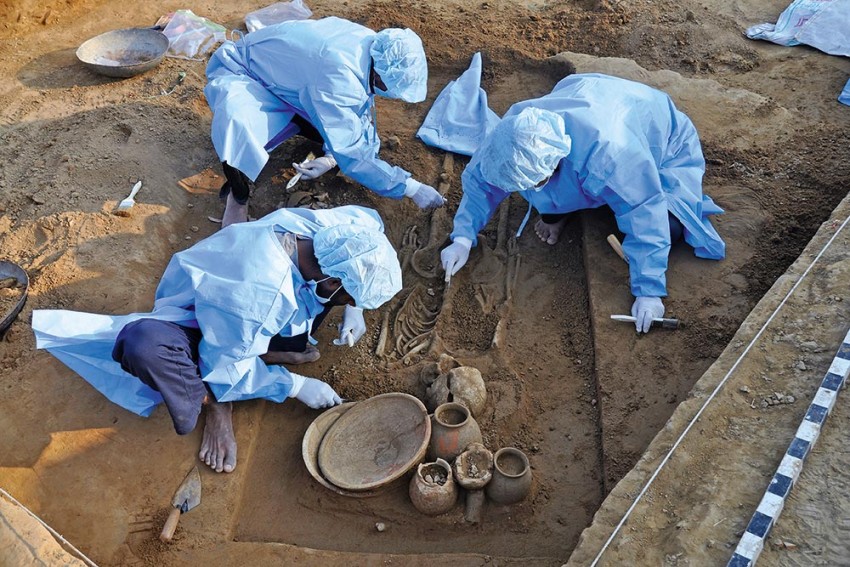 Researchers at a burial site in Rakhigarhi
File Photo/Rakhigarhi Project
Outlook Web Bureau September 04, 2019 00:00 IST Who Were The Indus Valley People? Long-Awaited Research Paper To Be Out Today 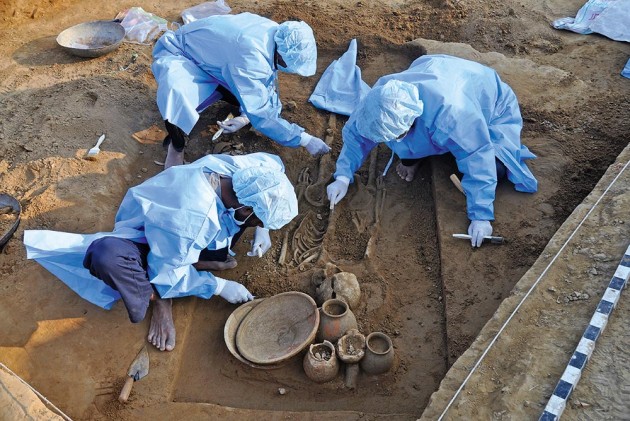 The findings of a long-awaited research paper on Indus Valley Civilization will be released on September 5. The findings are likely to stir up debate on a few questions which have bothered historians, anthropologists and geneticists alike.

Who were the people of the Indus Valley Civilization? When did farming come to South Asia? Did an ‘Aryan migration’ take place? If so, when? Who exactly are the people that inhabit the Indian sub-continent today?

In August last year, Outlook reported on the findings by speaking to the co-authors of the upcoming research paper.

“Who were the custodians of Indus Valley Civilization? How farming in South Asia arose? Our first ever ancient DNA results on IVC will be published online on 5th September, 2019,” Niraj Rai, Group Head, Ancient DNA Lab, Birbal Sahni Institute of Palaeosciences, wrote on Twitter.

Who were the custodians of Indus Valley Civilization? How farming in South Asia arose? Our first ever ancient DNA results on IVC will be published online on 5th September, 2019. We will share more information on our findings on 6th at National Museum, New Delhi.

The upcoming research seeks to provide evidence to a paper titled ‘The Genomic Formation of South and Central Asia’ which was published in the journal bioRxiv in March 2018. The evidence has come from the DNA of four individuals from the Harappan site of Rakhigarhi whose bone samples have been analyzed. The samples are expected to corroborate the findings of the earlier paper.

The 2018 study, by 92 scientists of repute from across the world, sampled the DNA of 612 individuals from eastern Iran, Uzbekistan, Turkmenistan, Bronze Age Kazakhstan and South Asia.

Speaking to Outlook in August last year, Rai had said, “We aren’t getting any Central Asian gene flow in Rakhigarhi. Comparing Rakhigarhi with data from modern Indian populations, we have concluded that they have more of an affinity with the Ancestral South Indian tribal population compared to the North Indian population.”

As an Indus Valley site, Rakhigarhi (where the latest DNA samples, which are 4600 years old, are from) is interesting because it spanned over three thousand years. According to Rai, it would mean that the Steppe migration hadn’t taken place then.

The final research is expected to establish all of this.

Also Read | We Are All Harappans

Need Leaders Who Speak Before PM Without Any 'Worry': BJP's Murli Manohar Joshi