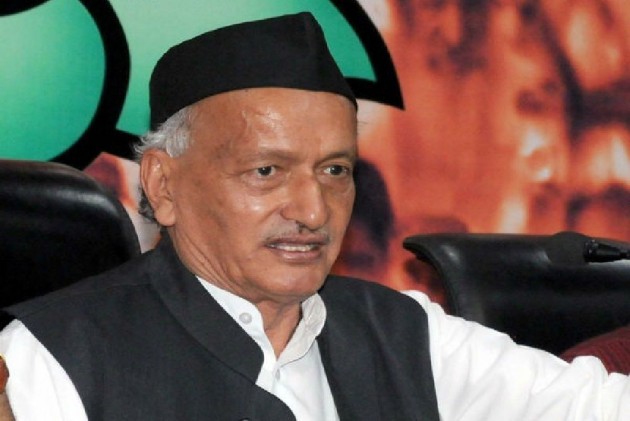 If there is anyone who has played a masterstroke in the current Maharashtra political crisis, it is Governor Bhagat Singh Koshyari. When the BJP and its warring ally, Shiv Sena, failed to resolve the power tussle for nearly a fortnight, Koshyari invited BJP's Devendra Fadnavis to indicate his ability to form the government. When he expressed his inability, the next call went to the Shiv Sena. And that is where the Maharashtra political logjam took a new turn.

From denying the Shiv Sena an extra 48-hour time to stake claim to form government to recommending President's rule in the state, Koshyari seemed to be the lone man pulling all the strings on Tuesday and the days preceding that.

7 Possible Scenarios For Govt Formation Amid President's Rule In Maharashtra

Koshyari is known as one of the grounded and low-profile members of the BJP. But now all the spotlight is on him after President's rule was implosed in Maharashtra that took Shiv Sena, NCP and Congress by surprise on Tuesday.

But who is Bhagat Singh Koshyari?

Koshyari is among those veteran BJP leaders who were denied tickets to contest Lok Sabha polls earlier this year after the party decided not to field candidates who were 75 years of age.

Koshyari was born on June 17, 1942, in Bageshwar district of Uttarakhand. He has a Master's Degree in English from Almora University. Right from his college days, Koshyari has been active in politics: he was the general secretary of the student’s union of his college; he has represented the Executive Council of Kumaon University for three terms.

Koshyari started off as an RSS pracharak in the Kumaon region of Uttarakhand. He actively took part in the struggle against the Emergency and was detained for almost two years.

Before he plunged into politics, Koshyari taught at Raja Inter College in Uttar Pradesh. He has also worked as a  journalist and founded a weekly called 'Parvat Piyush' in 1975. He has authored two books titled 'Uttaranchal Pradesh Kyun?’ and ‘Uttaranchal Sangharsh Evam Samadhan’.

Koshyari replaced Nityanand Swami as Chief Minister of Uttarakhand in 2001. However, his tenure lasted for merely a year as the BJP lost the assembly elections in 2002.

He got his break in politics in May 1997 when he became a member of the Uttar Pradesh Legislative Council. After the BJP lost 2002 elections in Uttarakhand, he proved as a strong leader in the Opposition till 2007. When the BJP regained power in 2007 in the state, Koshyari was the probable chief ministerial face but the party high command chose Bhuvan Chandra Khanduri over him.

In 2014 Lok Sabha election, Koshyari won from Nainital-Udhamsingh Nagar. By the time BJP-led central government's first term came to an end, Koshyari had crossed the age limit for contesting the polls again. So he was quietly denied ticket, like BJP stalwart L K Advani and Murli Manohar Joshi.

Koshyari keeps a low profile, but he is one of those RSS pracharaks who rose to the party ranks; he has mentored some of the prominent BJP leaders including Uttarakhand chief minister Trivendra Singh Rawat.

His years of dedication and commitment to the BJP and the RSS bore fruits when he was appointed as the Maharashtra Governor in September this year.

Koshyari's commitment to the RSS can be gauged from the fact that he, as the Governor of Maharashtra, still wears the Hindutva organisation's trademark black cap.