'We Listen To Criticism. We Respond ': Nirmala Sitharaman After Rahul Bajaj-Amit Shah Q&A

The finance minister's remark comes close on the heels of industrialist Rahul Bajaj's question to Home Minister Amit Shah that there 'was an atmosphere of fear' due to which people were scared of 'criticising' the government. 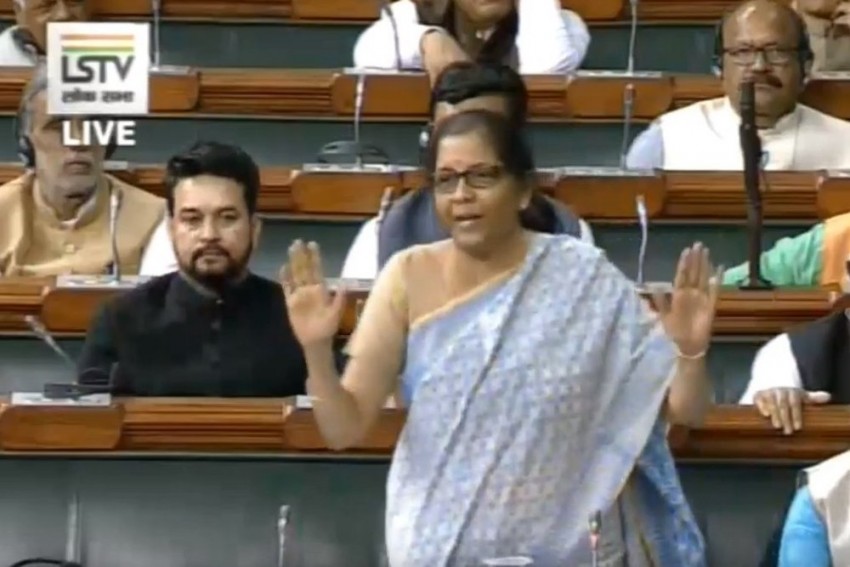 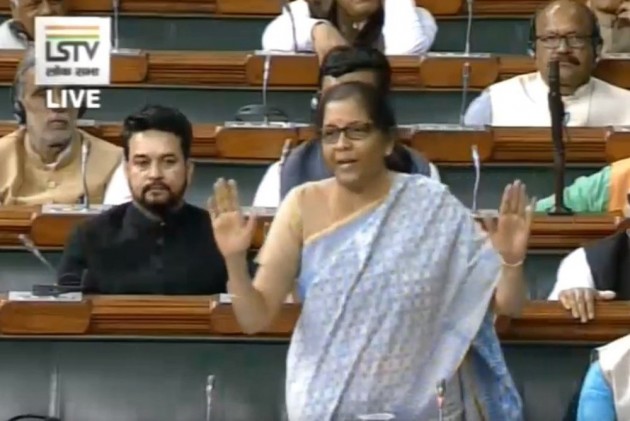 Finance Minister Nirmala Sitharaman, who has been in the eye of a storm over the economic slowdown in the country, on Monday said the Narendra Modi-led government was the one that listened to not just inputs but "criticism" as well.

The finance minister's remark comes close on the heels of industrialist Rahul Bajaj's question to Home Minister Amit Shah that there "was an atmosphere of fear" due to which people were scared of "criticising" the government.

"...You are doing good work but if we criticise you there is no confidence that you will appreciate that," Bajaj said. "In UPA 2 we could criticise anyone," he added.

"When Home Minister responded to an industry leader, it was with a clear attitude that we are willing to hear or take criticism," Sitharaman said in the Lok Sabha.

"I have been told that I am the worst Finance Minister. They're not even waiting for me to finish my term. I told them that please give me more ideas, we will work on it."

The minister said nobody can say that "we don't listen to criticism," adding "we hear, we respond."

Sitharaman also took up the cudgels against the Congress party, saying the BJP didn't have any "jija (brother-in-law)" but just workers.

On the government's criticism over the reduced corporate taxes, the minister said: "We're called 'suit-boot ki sarkaar' again and again. We're told that lowering corporate tax helps only rich. I want to tell them that corporate tax cut helps all -- small and big businesses registered according to Companies Act.

Replying to a debate on Taxation Law Amendment Bill, 2019 in the Lok Sabha, the minister categorically said there is no decrease in direct tax collection.

In fact, there is an increase of 5 per cent in the gross direct tax collection till November this fiscal, she said.

Historically, maximum collection of direct taxes happens in the last quarter of the fiscal, she added.

The main objective of the reduction in corporate tax was aimed at attracting fresh investment in the manufacturing sector.

Earlier in the day, Congress leader Adhir Ranjan Chowdhury had targetted Sitharaman over the declining GDP.

"We do have a lot of respect for you, but sometimes we wonder if it wouldn't be more apt to address Finance Minister Nirmala Sitharaman as 'Nirbala' Sitharaman instead.

"She heads the Finance Ministry, but we don't know whether you are even able to speak your mind on the economy," news agency ANI quoted Chowdhury as saying.