In an exclusive interview to Outlook, AAP leader Atishi Marlena discusses her government’s preparedness to the coronavirus pandemic and the recent criticism her party has faced over its response to the health emergency. 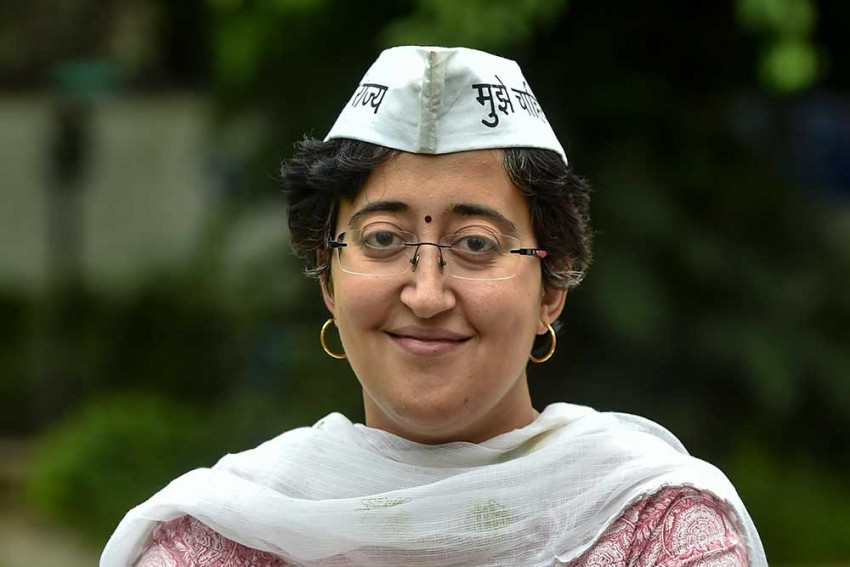 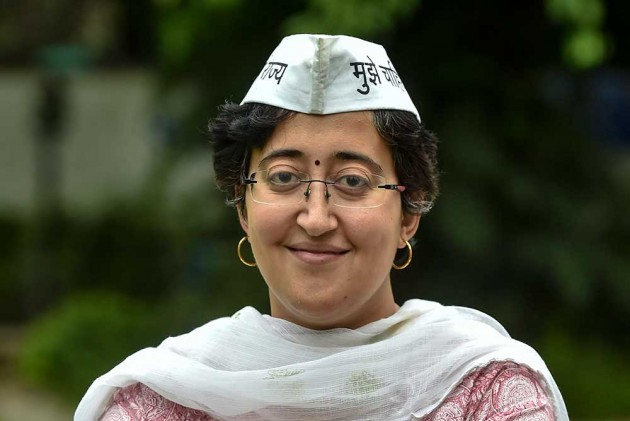 The COVID-19 graph of Delhi is on the rise, so is the slugfest over the national capital’s strategy in fighting the pandemic. The bickering between the Centre and the Delhi government over Covid policies has been ruling the headlines recently. Aam Admi Party leader (AAP) Atishi Marlena speaks to Outlook to discuss her government’s preparedness to the coronavirus pandemic and the criticism her party has recently faced over its response to the health emergency.  Edited excerpts:

Q) Who, according to you, should decide Covid-19 strategies for Delhi? Centre or the state government?

Centre has to issue guidelines. There is no doubt about it. In fact, we have always gone ahead and followed all the recommendations by the Centre. But it definitely seems political when they say home isolation is called off only for Delhi while it continues in other states. It seems that it’s not an epidemiological decision but a political one.

Q) AAP and BJP workers were engaged in a war of words on social media over the Sardar Patel Covid Care Centre in Chhatarpur. Why do you say that AAP deserves the credit for it?

A good question to ask is who paid the money for the facility? It is funded by the Delhi government and overseen by the District Magistrate. Again, the water connection and electricity is provided by the state government. We never said that Indo Tibetan Border Police (ITBP) is not helping. It is providing doctors.

When Covid cases spiked during the unlock phase 1, chief minister Arvind Kejriwal held extensive meetings with various stakeholders such as private hospitals, hotels, NGOs and banquet halls among others. It was again the CM who took initiative for the meeting with the Union Home minister.

Q) CM Kejriwal was all praise for the Centre but the camaraderie has not always been reciprocated. It seems that Centre is often at variance with the AAP govt.

We have very clearly followed all central guidelines from the beginning. There is no denying the fact that the Centre has helped us with PPE kits, testing kits, oxygen cylinders, and more. We have gone out of our way and acknowledged that in public. We have avoided doing politics on this issue. No party would have opposed the central government and BJP more than us in recent times. But at this point, citizens need assurance from governments that the situation is in control. It’s in bad taste to indulge in politics during a pandemic.

Q) Home Minister Amit Shah said that Delhi government instilled fear by projecting 5.5 lakh cases by July end. What do you have to say about that?

The fact is that a government needs to be prepared for the worst. We cannot prepare ourselves for the best-case scenario. We need to be prepared with beds, ventilators, oxygen cylinders, and other infrastructure for the worst. At that point in time, the doubling rate was 12 days. Now it has increased to 18 days. Secondly, during a pandemic, there comes a point at which you have to call out the danger and tell people that the situation is serious. Controlling a pandemic has much to do with social behaviour. It’s the responsibility of the government to prepare and warn citizens.

Q) The HM also said that he had to step in after the scaremongering by the state govt. Did the Delhi government falter in coming up with an effective Covid strategy? Did you fail to use the lockdown period constructively to ramp up facilities?

That is incorrect to say. Some of the well- known private hospitals, which were treating Covid, ran out of beds. All the stories you hear are about these three or four hospitals. That’s why we immediately got into action and got an App in place. It might have had some hiccups for a few days. But Delhi is the only state where you have complete transparency about the number of deaths, number of ICUs, ventilators, etc. We have boards outside every hospital about how many beds are available. We have helpline numbers and a 24/7 team. We are well prepared with beds now.

Delhi has such high numbers for two reasons. The Union Territory has a large share of international travellers, which resulted in quickly spreading the virus. In March alone, before the central government started screening and quarantining international travellers, there were 35,000 incoming foreign people every day. Another reason is that Delhi has always tested more than any other state from the beginning. We have never hidden data.

Q) Did the flipflops over quarantine rules create chaos in the system?

I agree there was confusion after Lt. Governor Anil Baijal’s flip flops over quarantine rules. Both the decisions were heavily opposed by the Delhi government and they were rolled back. For those who can recover at home, they should opt for it. The government has to provide facilities for patients who require it. We shouldn’t unnecessarily burden the health system, which is already reeling under stress.

Q) Both the Centre and the Delhi government are working on a unified strategy now. Is it showing results?

In the past two days, the cases have shown a slight decline despite the increase in tests. The LNJP hospital had recorded reduced number of deaths yesterday, which is again a good sign. Delhi government is setting up a plasma bank, a step in the right direction. Sero survey is being done in collaboration with NCDC to map the exposure to the pandemic. House to house surveys were planned after the discussion with the central government. But it is partly complicated because they haven’t given any clear guidelines on what needs to be done. A far more effective strategy would be testing and isolation.