A video of how these soldiers survive in the temperature that falls to as low as -80 degrees has gone viral on social media. 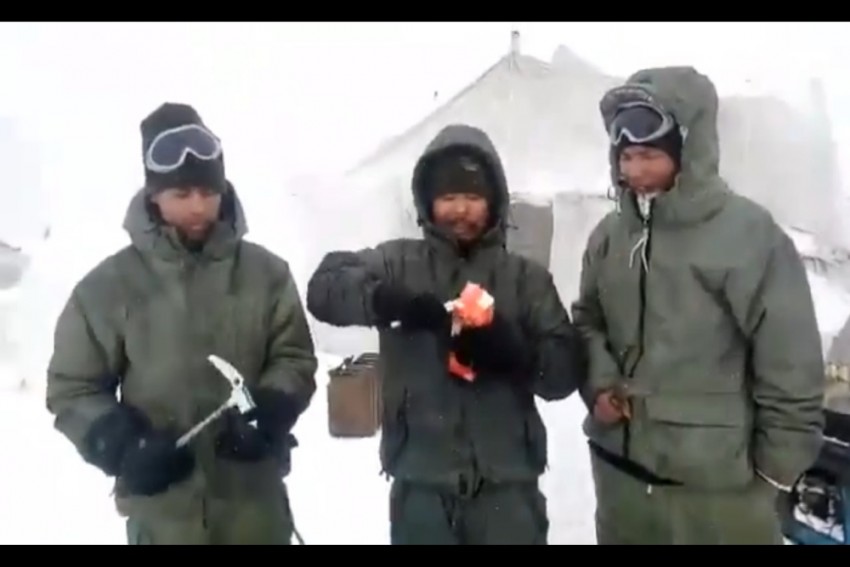 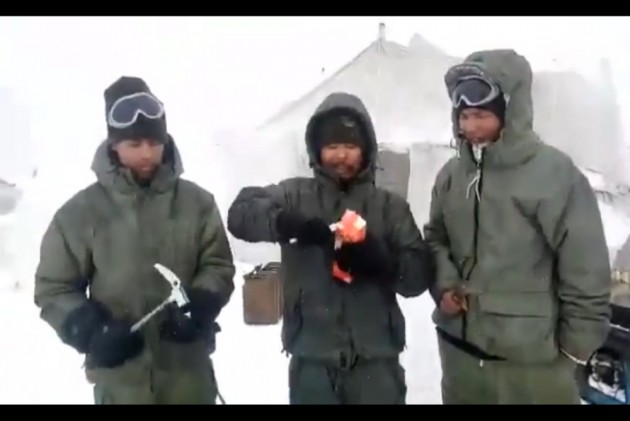 Packed in their baggy green jackets, three men stand with a knife, a hammer, some eggs and vegetables, placed on what appears to be a table-like platform.

These men, India's bravehearts stationed at Siachen, have grown accustomed to using these tools not to battle their enemies but to break eggs and vegetables.

A video of how these soldiers survive in the temperature that falls to as low as -80 degrees has gone viral on social media.

A soldier, standing in the middle, unpacks a packet of juice. No, he doesn't remove the cap to pour the juice in a glass. He rips the pack off and juice, in a solid state, appears like a brick.

He places it in a plate and explains that they have to boil to make it drinkable. The other two soldiers, one with a hammer, other with a large knife, put their tools to use but to no avail.

Next, the soldier picks up two eggs and bangs them against each other. Frozen eggs have become rock solid and even the hammer fails to break them.