Home  »  Website  »  National  »  Was Surprised When Amit Shah Called To Tell Me To Come For Swearing In: Minister Pratap Sarangi

Newly-sworn in Union Minister Pratap Sarangi said he was taken by surprise when told by BJP president Amit Shah that he was being included in the council of ministers. 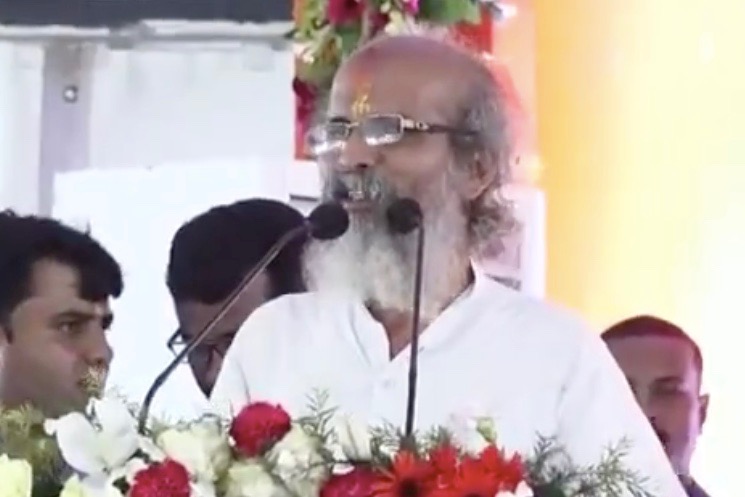 Newly-sworn in Union Minister Pratap Sarangi said he was taken by surprise when told by BJP president Amit Shah that he was being included in the council of ministers, and in fact, when Shah tried to call him that day his mobile was with someone else.

Describing as an “incredible experience”, the sequence of events that led to his taking oath as a Union minister on May 30,  the 64-year-old BJP leader said party president Amit Shah had called him twice but was unable to speak to him at that point of time.

"Amit Shah Ji made at least two phone calls but was unable to speak to me as my phone was with another person.

“When I called back, he asked me to join the swearing in ceremony in the evening," said Sarangi, a first-time MP who was inducted into the Narendra Modi ministry.

"I was surprised, but Amit Shah Ji clearly told me that I will have to be there to take oath as a Union minister," the Minister of State for MSME and Animal Husbandry, Dairying and Fisheries said.

Minister @pcsarangi in his address at the felicitation ceremony says when "phone call from @AmitShah came for oath taking, I couldn't receive the call as my mobile was with someone else". Then when he was told to come to swearing-in ceremony, he said, "I was totally surprised" pic.twitter.com/LTSka3328k

Sarangi said he is grateful to God that he has given him this opportunity to serve people.

Speaking at a function in Bhubaneswar where he and Union minister Dharmendra Pradhan were felicitated by the BJP state unit on their first visit to Odisha after taking over as Union ministers, Sarangi said the BJP is a party which made a tea seller the country's prime minister, a newspaper hawker its president and a man living in a hut a representative of the people.

"This is the speciality about BJP in which a tea seller can become prime minister, a newspaper hawker was made the president and a man living in a hut gets an opportunity to serve the people as a minister," said the Lok Sabha member from Balasore, who stands apart from a typical politician due to his simplicity and austere living.

APJ Abdul Kalam, who became the President of India during Atal Bihari Vajpayee's tenure, used to work as a newspaper hawker during his school days.

Stressing that he has been given a big responsibility by Narendra Modi, Sarangi said the prime minister has shown his trust in him.

"It is my duty to justify his trust," he said.

He said he never craved for a ministerial berth, and that the post has given him a new responsibility to serve the people and it is not simply a status to celebrate.

"I never craved for a ministerial berth. It came on its own, bringing for me a big responsibility to serve the people better," Sarangi said.

I Am Here To Watch India Vs Australia Game: Vijay Mallya Rebuffs Reporter Outside Oval