Any Bill Pending For Over 5 Years In Rajya Sabha Should Be Considered Lapsed: Venkaiah Naidu

Vice President Venkaiah Naidu also called for a debate on the rule that provides for automatic lapsing of any bill passed by the Lok Sabha but pending in the Rajya Sabha with the dissolution of the lower house of Parliament. 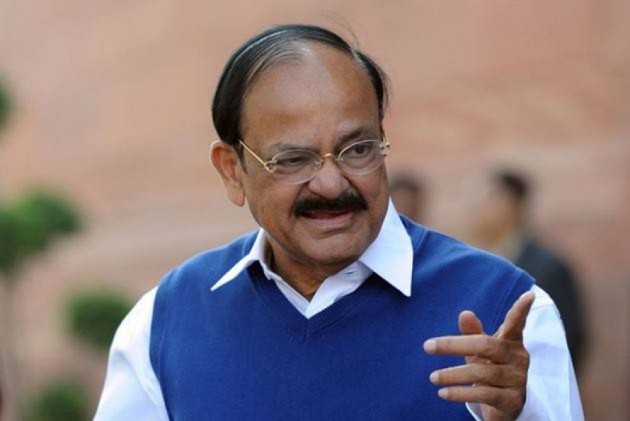 Any bill pending for more than five years in the Upper House should be considered lapsed, Rajya Sabha Chairman and Vice President M Venkaiah Naidu suggested on Friday.

He also called for a debate on the rule that provides for automatic lapsing of any bill passed by the Lok Sabha but pending in the Rajya Sabha with the dissolution of the lower house of Parliament.

Expressing concern over loss of time due to disruptions, he said the present "dysfunctional, disruptive environment must change" and further weakening of democratic structures cannot be allowed.

Naidu said as many as 22 bills, pending in the Rajya Sabha, had lapsed with the dissolution of the 16th Lok Sabha last month and another 33 bills have been pending consideration in the Upper House for years including three that have been pending for more than 20 years.

"In effect, the Lok Sabha has to take up these 22 bills again for consideration and passing. I am afraid it would take a minimum of two sessions for doing so. And this means that efforts of the Lok Sabha for passing these 22 bills have been rendered waste," he said, adding bills that lapsed include land acquisition bill, triple talaq bill, Aadhaar amendment bill and Motor Vehicles Bill.

Given the implications, "There is a need to rethink the provision regarding lapsing of bills in the Upper House of Parliament," he said.

"I suggest a wider debate on the matter of automatic lapsing of Bills in Rajya Sabha," he said.

Naidu said of the 33 bills pending for years, the oldest pending bill, the Indian Medical Council (Amendment) Bill, 1987, has been pending for more than 32 years.

"Such long pendency does not reflect well on the functioning of the Parliament," he said.

"In order to streamline the process, I suggest that if a Bill is not taken up for consideration and passing in Rajya Sabha within five years of introduction of such bills, such pending bills should be treated as deemed to have lapsed," he said.

He also sought a debate on the reasons why there was a wide gap between the number of bills passed by the 16th Lok Sabha and the Rajya Sabha, especially when compared to the 15th Lok Sabha.

"I am not for a moment suggesting that one House of the Parliament should blindly follow the other House. Careful consideration by both Houses is absolutely required. Informed debates and reasoned argumentation is the heart of Parliamentary democracy," he said.

All stakeholders, he said, need to give a serious thought to the decision making process and see if dialogue and debate can follow the path of consensus building and searching for the 'meeting ground' or the 'zone of convergence' rather than expanding the 'zone of divergence', he said.

"I fervently appeal to all Parliamentarians to make an inspiring fresh start beginning with this season," he said adding it was a collective duty to strive for better and effective performance.

Naidu said he has been "deeply disturbed" by the recent happenings in the House. "The trust and confidence of people in our institutions is getting eroded. This downslide should end."

"We cannot allow any further weakening of our democratice structures. Together, we must restore the stature and dignity of the House," he said.