BJP MP Dasgupta said he was locked in a room with a mob outside after he went to the varsity to deliver a lecture on CAA. 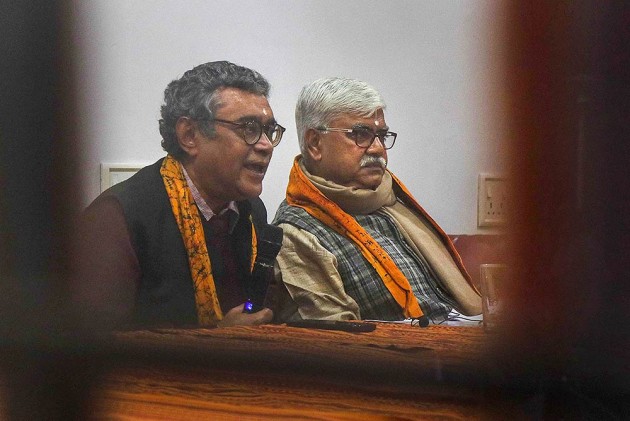 The Visva Bharati University on Friday set up a three-member committee to look into the incident of BJP MP Swapan Dasgupta confined in a room for several hours when he visited the campus on January 8 to deliver a lecture on the new citizenship law.

The committee will submit its report in one month's time.

"We have formed a three-member committee to look into the matter where BJP leader Swapan Dasgupta had said that he was locked in a room with a mob outside, at the university, where he was addressing a meeting on Citizenship Amendment Act on January 8. The committee will submit its report within a month," a senior official said.

From The Magazine | Student Protests A Strategy To Distract From Actual Deliberations On CAA: Swapan Dasgupta

"The panel will also look into the alleged clash between two groups of students of the university on January 15," the official added.

Armed with rods and sticks, a group of men attacked the students of a boys' hostel inside the Visva-Bharati university campus on Wednesday night leaving several of them injured, police said on Thursday.

Two persons - identified as Achintya Bagdi and Saber Ali - were arrested on Thursday for their alleged involvement in the attack, an officer of Santiniketan police station said.

An SFI member was hospitalised and several others suffered minor injuries in the attack that took place a week after Dasgupta was heckled by Left-leaning students after he came to deliver a lecture on the Citizenship (Amendment) Act last week.

"Two groups of students clashed inside the campus. It was not linked to politics. The security officer and others went there to sort out the matter," the central university's Public Relations Officer Anirban Sarkar said.

The ABVP denied the two arrested persons being their member and said the duo was connected to the ruling Trinamool Congress party.