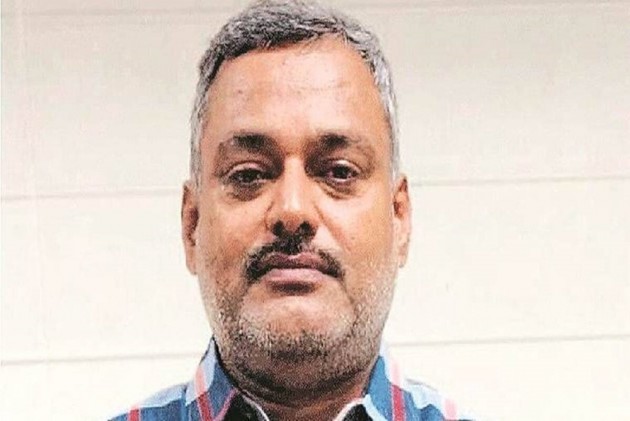 A three-member commission probing the encounter of gangster Vikas Dubey has given a clean chit to police.

The commission stated that their version of events about his death were supported by evidence.

"The evidence adduced in the (Dubey encounter) case supports police's version of the incident. The injuries suffered by policemen could not be self-inflicted or fabricated. Dr RS Mishra, who was on the panel of doctors, conducted the post-mortem and clarified that the injuries found on his person (Dubey) could be caused as per the version of police," the report said.

The commission said that Kanpur ambush in which eight cops were killed occurred because of "poor planning" by the police as it did not assess the situation correctly and there was "total failure" of Kanpur local intelligence.

"Nobody came forward from the public and media to controvert the police version and no evidence is filed in rebuttal. Richa Dubey, wife of Vikas, filed an affidavit calling the incident a fake encounter but she did not appear before the commission," it said, adding that in such eventuality, no suspicion or doubt arises about the police's version of the incident.

Eight police personnel, including deputy superintendent of police, were killed during a raid on Dubey's house at Bikru village in Kanpur district on the night of July 2-3, 2020.

Later, Dubey was killed in an encounter when a police vehicle carrying him from Ujjain to Kanpur met with an accident and he tried to escape from custody, the police had said.

The commission comprised Justice (Retd) BS Chauhan, Justice (Retd) SK Agarwal and former UP director general of police KL Gupta. It had submitted a 824-page report to the state government on April 21.

The commission said there is "sufficient material on record" to show that Vikas Dubey and his gang were patronised by the local police, revenue and administrative officials.

"He (Vikas) and his associates had been in touch with such officials, and the officers were also communicating with them. If any person lodged any complaint against Vikas or his associates, the complainant was always humiliated by the police. Even if higher authorities gave directions to lodge a complaint, the local police dictated the terms," it said.

Though his name appeared in the list of top 10 criminals in the circle, he did not feature among top 10 criminals of the district, it said, adding that the members of his gang were included in a peace committee to resolve communal disputes.

"His wife was elected as a Zila Panchayat member and his brother's wife was elected as Bikru village's pradhan. They were both living in Lucknow. If any person of the area wanted help from them, he would contact Vikas Dubey and he would resolve their problem. The elected people never came into the picture," the report said.

Most of his family members had arms licences, and recommendations for them had been made by competent authorities by concealing material facts of their involvement in criminal cases. Their position was the same when it came to issuance of passports in their favour and/or grant of fair price shop licences, the commission noted.

"Investigation in any case lodged against them (Dubey's gang) was never impartial. Sections relating to serious offences were dropped before filing the chargesheet. During the trial, most of the witnesses turn hostile. Vikas Dubey and his associates got bail orders from courts easily and quickly as there was no serious opposition by state authorities or government advocates," it added.

"He was involved in 64 criminal cases. State authorities never considered it appropriate to engage a special counsel for his prosecution," it said, adding the state never moved any application for cancellation of bail or approached a superior court for cancellation of any bail orders.

In most of the cases, the high court had granted interim relief to Dubey, staying the proceedings before subordinate courts in criminal cases, and he remained under the protection of such orders for 13-14 years, it said.

The commission said the HC granted bail to Dubey and his associates mainly on the ground that he had been acquitted in a large number of cases, without attempting to know under what circumstances he was acquitted and how and why the witnesses turned hostile in most of the cases.

About the ambush, it said some police personnel posted in Chaubeypur police station had intimated Dubey about the impending raid which gave him an opportunity to call his associates with arms.

"There was a total failure of intelligence unit in Kanpur in collecting information about criminal activities and possession of sophisticated weapons (legal and illegal) by Vikas Dubey and his gang. No proper caution was taken while preparing for the raid, as 38/40 police personnel reached village Bikru and none of them was wearing a bulletproof jacket. Only 18 of them had arms, the rest had gone empty-handed or with sticks," the report said.

The incident occurred because of "poor planning" by the police as it did not assess the situation correctly.

"In fact, it did never expect that Dubey would retaliate with sophisticated weapons and his associates would take positions on on the roofs of houses. They were unaware that some police officials of Chaubeypur had already informed Dubey about the raid," it said.