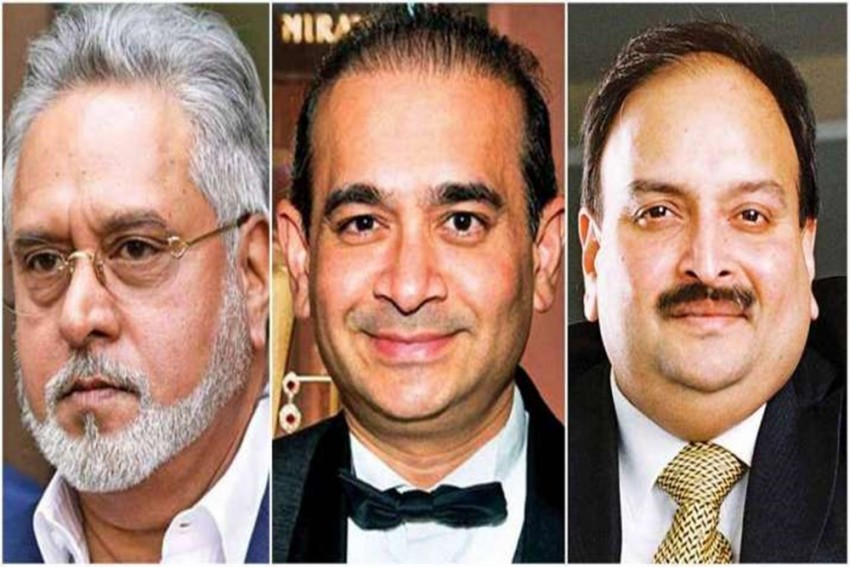 The ED said on June 23 that it had transferred a part of the attached or seized assets in cases related to fugitives Vijay Mallya, Nirav Modi and Mehul Choksi, to state-run banks
File Photo
Outlook Web Bureau 2021-06-23T11:56:07+05:30 Mallya, Choksi, Nirav Modi's Assets Worth Rs 9,371 Crore Transferred To State-Run Banks 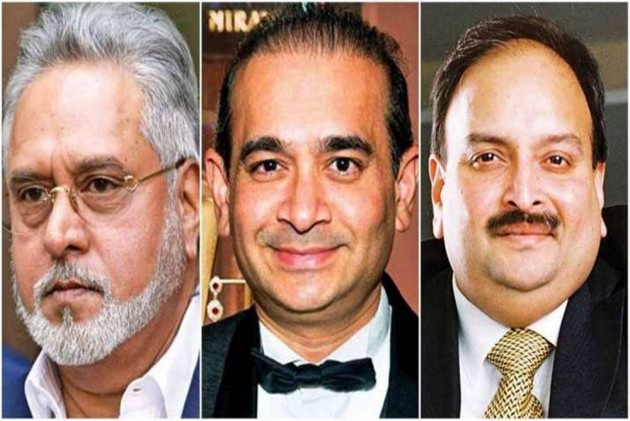 The Directorate of Enforcement has transferred seized assets worth Rs 9371.17 crore to public sector banks that suffered losses due to financial frauds committed by fugitive businessmen Vijay Mallya, Mehul Choksi and Nirav Modi.

Further realisation of Rs 800 crore by sale of shares is expected by June 25, the central probe agency said in a statement.

Recently, it said, the agency had transferred shares attached by it (worth about Rs 6,600 crore) to the SBI-led consortium as per order of the special Prevention of Money Laundering Act (PMLA) Mumbai.

It said the Debts Recovery Tribunal (DRT), on behalf of an SBI-led consortium that lent money to Mallya, on Wednesday sold shares worth over Rs 5,800 crore of United Breweries Limited (UBL) that were earlier attached by the agency under provisions of the PMLA.

This attachment was earlier done by the ED as part of its criminal probe against 65-year-old Mallya, who is now in the UK.

The ED said the DRT action came after the agency transferred the shares (worth nearly Rs 6,600 crore of UBL) attached by it to the SBI-led consortium on the direction of the special PMLA court in Mumbai.

Mallya and fugitive diamantaires Nirav Modi and Mehul Choksi, who were involved in the PNB scam, "defrauded public sector banks by siphoning off the funds through their companies which resulted in a total loss of Rs 22,585.83 crore to the banks", it said.

As on date, the agency has attached total assets worth Rs 18,170.02 crore in these two bank fraud cases, it said.

"Assets worth Rs 329.67 crore have been confiscated and assets worth Rs 9,041.5 crore, representing 40 per cent of the total loss to the banks have been handed over to public sector banks," the ED said in a statement.

The further realisation of Rs 800 crore by sale of shares is expected by June 25, it said.

While the Punjab National Bank fraud at its Brady House branch in Mumbai is alleged to be worth nearly Rs 13,000 crore, Mallya is accused to have cheated the banks of Rs 9,000 crore by way of criminal loan default in the operations of Kingfisher Airlines.

Mallya has lost the case challenging his extradition to India and has "been denied permission to file an appeal in the UK Supreme Court".

"His extradition to India has become final," the ED said.

Modi, now in the UK, has also lost his extradition battle. His uncle Choksi had mysteriously gone missing on May 23 from Antigua and Barbuda, where he has been staying since 2018 as a citizen, and later surfaced in neighbouring Dominica.