Although rumours about the poet-activist's death are not true, Varavara Rao's health inside the Taloja central jail has been deteriorating and he needs immediate hospitalisation, his brother-in-law said. 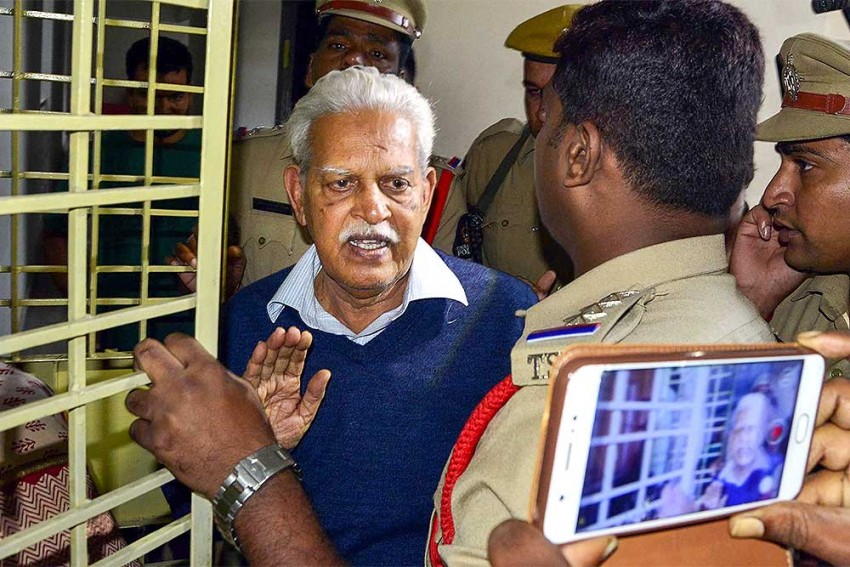 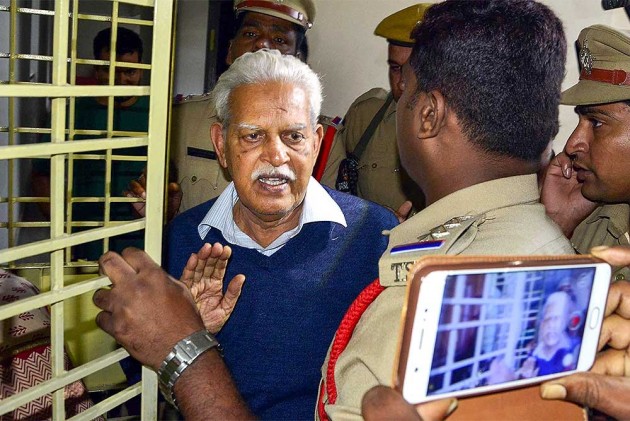 Jailed writer-poet Varavara Rao is alive, but his health condition is precarious, said his brother-in-law N Venugopal. Denying rumors of Rao’s death, Venugopal told Outlook that they are spread by some mischief mongers.

However, his health has been deteriorating in Taloja central jail, he added. The authorities wanted to kill him by delaying the hospitalisation, despite desperate pleas by lawyers and family, he said.  The 80-year-old poet-activist-journalist, Rao, booked in the Elgaar Parishad case, has been languishing in jail for more than a year.

“At midnight around 12:30 pm, someone posted on Facebook that he had passed away. Our lawyers immediately called up the jail authorities and confirmed that the news is not true. Some mischief monger must have done it and within ten minutes, hundreds of people shared the news. It spread like wildfire. So I had to issue a clarification on FB in the morning,” said Venugopal.

“He sounded like he was in delirium. Rao was not connected to whatever my sister was asking. He was talking about his father’s funeral which happened when he was three-years-old. That may be because of the fall in sodium and potassium levels,” said Venugopal.

After the 2-minute long phone call, his co-prisoner Vernon Gonsalves spoke to the family and informed them that Rao’s condition had deteriorated and he needed assistance to walk and even to brush his teeth. “Immediate hospitalisation is needed,” he said.

A special court turned down Rao’s interim bail application last month and his appeal before the Bombay High Court is still pending.

Maharashtra police arrested nine human rights activists from across the country in connection with the Bhima-Koregaon violence, which broke out in January 2018. Police, in its chargesheet, also alleged that activists were plotting to kill Prime Minister Narendra Modi. However, the activists say Police is yet to produce any conclusive evidence and there was undue delay in granting them bail.