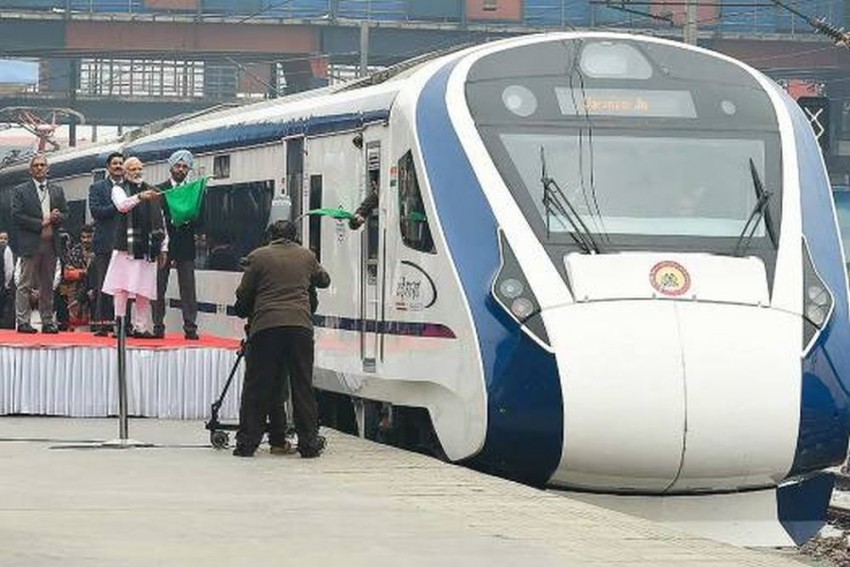 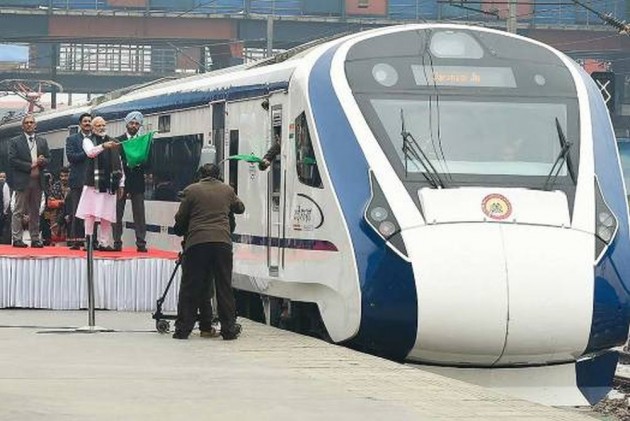 After its high-tech interiors and tasty meals, now the superfast Delhi-Varanasi Vande Bharat Express will have smartly-turned out 'airhostesses' onboard handing out food to passengers.

Indian Railways has hired over 34 'airhostesses and flight stewards' to care for passengers on Vande Bharat, which was inaugurated on February 15.

The air hostesses, attired in white shirt-black trousers with a black sleeveless jacket, a silk scarf around the neck, and with the hair smartly combed back, would wheel in the food trolleys, laden with food and drinks for the passengers.

Just like on an airline flight, the air hostesses and flight stewards would greet passengers with a smile and 'namaste' while boarding and thank them during deboarding.

"We have hired 34 Air Hostesses and Flight Stewards from the Air Borne Air Hostess Academy in Delhi to provide flight-like hospitality services on board the Vande Bharat Express," says IRCTC's MD M.P. Mall.

If the project is successful, the IRCTC would float a tender to hire more such personnel for the Vande Bharat Express as well as other premium trains like Rajdhani, Shatabdi, Tejas and Humsafar Express trains.

The Prime Minister flagged off the Vande Bharat Express chair-car train from New Delhi to his parliamentary constituency Varanasi in Uttar Pradesh on February 15. It covers the 850 km distance in eight hours, compared to the 12 hours by other trains.

Humility, Civility, And Absolute Incapacity To Be Vindictive Were Sushma Swaraj’s Armour