BJP Will Win Over 60 Seats Under Leadership Of Dhami, Says Party President

The 45-year-old Dhami, a two-time MLA from Khatima, took over on Sunday as the new chief minister of Uttarakhand which has few months to go for the next assembly polls early next year. 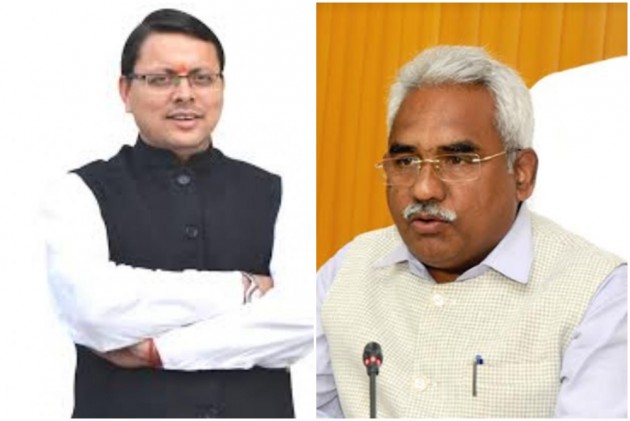 The party will win more than 60 seats in the state assembly elections in 2022 under the leadership of young Chief Minister Pushkar Singh Dhami, Uttarakhand BJP President Madan Kaushik said.

In a meeting held on Sunday with ministerial colleagues, Kaushik said, "Through development works done over the past four-and-a-half years in the state, the BJP has proved that it is the only positive thinking party dedicated to development. A constitutional crisis did lead to a change of guard in the state but it has had no impact on development works. They are going on at an uninterrupted pace."

The 45-year-old Dhami, a two-time MLA from Khatima, took over on Sunday as the new chief minister of Uttarakhand which has few months to go for the next assembly polls early next year.

Kaushik said the BJP's victory in the Salt assembly bypoll in May this year was a confirmation of the people's growing faith in the party.

Appointment of a young and energetic CM has enthused the BJP cadres and it will help the party win an even bigger mandate than in the 2017 assembly polls, he said.

The BJP had stormed to power bagging 57 out of a total of 70 assembly seats in the state.

"Unlike the opposition, the BJP does not look for opportunities in a crisis.The party and the government together grappled with the challenges arising out of the Covid pandemic and we have been successful in reining in the crisis to a large extent. We are also preparing for a possible third wave," Kaushik said.

The BJP government has been able to address the basic problems by providing better facilities in health and education sectors besides generating more employment opportunities through self-employment schemes like the Mukhya Mantri Swarojgar Yojana, he said.